We Are Here: Women of Cincy on the Story of Home

Written by Chelsie Walter. Photography by Angie Lipscomb and Chelsie Walter. | Several months ago, I went on a walk with my husband around our neighborhood. At the time, we lived in an apartment in East Walnut Hills. We were heading down Woodburn Avenue, chatting about our day, when a man sitting at the bus stop asked us for a few dollars. Both of us, dressed in gym shorts, told the man we didn’t have anything on us, and I think I said something to the effect of “Have a nice evening.” Undeterred, he politely nodded and walked quickly to catch up to the well-dressed couple in front of us.

“Get away from me!” yelled the well-dressed man, and shoved him.

Clearly upset, the man from the bus stop started to storm off, then turned around and yelled, “You didn’t have to be like that, man.”

Stunned, I started to walk toward the couple, then stopped and turned back toward the other man. I felt anger boiling up.

That night, we couldn’t get the encounter out of our heads. We talked about the exchange, about the clear and complete lack of empathy we’d witnessed. I felt we had to do something, but I was frozen. What could I do? This series started in that moment.

Here in our city, we’ve reduced to poverty entire generations who were born for better things. Cincinnati is among the 10 cities with the highest eviction rates in the country. In four years, Hamilton County had 49,757 eviction filings. According to a LISC study, Cincinnati is 40,000 units shorts of affordable housing. 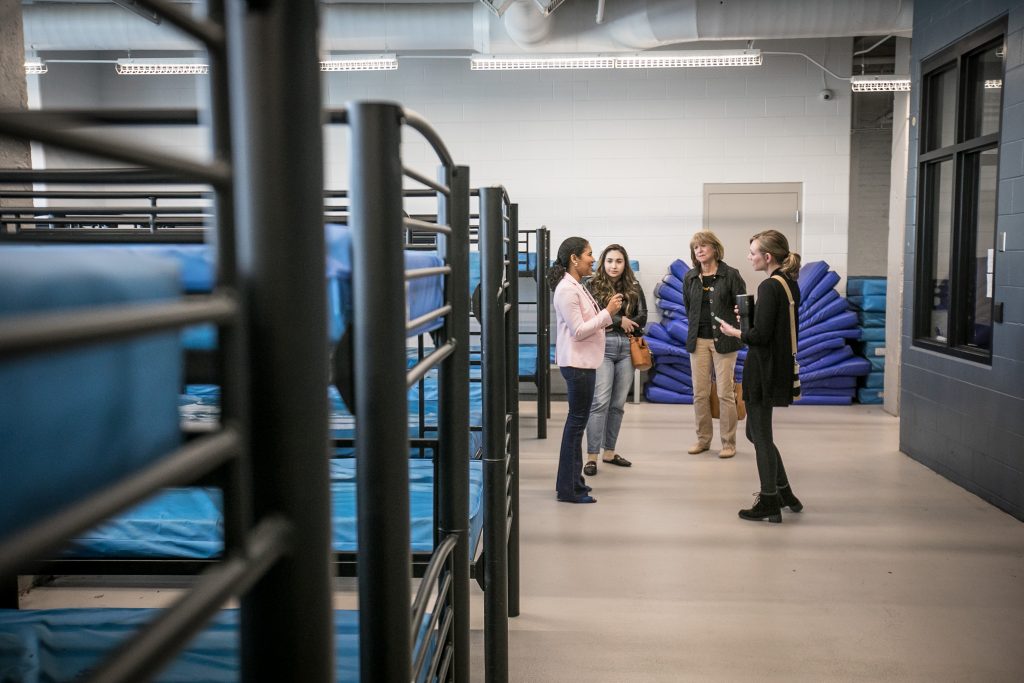 We’re not asking the right questions to solve this problem. Instead of asking why someone is struggling to afford their rent, utilities, childcare, etc., we say things like: “Well, she shouldn’t have gotten knocked up.” “They must be lazy.” “There has to be something wrong with them.” Instead of: “Why is rent so high?” “How can someone work 40 hours a week and not be able to pay their utility bills?” “Why are our children struggling in school?”

Until we change our mindsets, and realize that millions upon millions of U.S. citizens are experiencing housing insecurity, not due entirely to their own transgressions, but due to an exploitative housing market and broken systems, we will never move forward. Until we reckon with our current state of affairs and the history, blatant racism, and exploitation of the American people, we will never move forward. To understand this problem, we must understand our past, our biases, and our fellow neighbors.

Home is where we find solace. It is where our kids grow up. It’s where we fail, without fear. It is where we create bonds with our family and friends. When we call a place home, we care for it. We care about our street, our neighbors, our neighborhood’s quality of life, and our children’s education. But what happens when home doesn’t exist? When we deny our children the existence of a stable, safe, loving home? When access to affordable housing isn’t attainable, chaos ensues. We create transient populations who, by force, cannot settle into their neighborhoods or obtain stable employment. We force folks into pockets of concentrated poverty, which breeds crime, violence, and drug use because they are shut out of better opportunities. Poverty is complicated, each barrier woven together, each affecting the other. Unstable housing appears at the core. When zip code determines life expectancy, there’s no denying that housing is a life or death situation.

I recently bought a home. It’s big and old and needs a ton of love. There are spiders, sunken floors, mold in the basement, and half-painted walls. But it is my home, and every time I step in the door, there is a sense of pride. I come home each night and paint, scrape, patch, clean, and repeat. I pick weeds and clean trash from the sidewalk in front of it. I talk to my neighbors. I look around and I see the future, the potential, in this house and our life. It is slowly and inexplicably becoming a part of my identity.

The home is the center of life. It is a refuge from the grind of work, the pressure of school, and the menace of the streets. We say that at home, we can “be ourselves.” Everywhere else, we are someone else. At home, we remove our masks.

The home is the wellspring of personhood. It is where our identity takes root and blossoms, where as children, we imagine, play, and question, and as adolescents, we retreat and try. As we grow older, we hope to settle into a place to raise a family or pursue work. When we try to understand ourselves, we often begin by considering the kind of home in which we were raised.

Too often, we form thoughts based on stereotypes and false narratives. We jump on bandwagon lines of thinking without stopping to form thoughtful assessments. We make assumptions about people we don’t know, about situations we don’t fully understand. When it comes to affordable housing, or lack thereof, these assumptions halt progress. 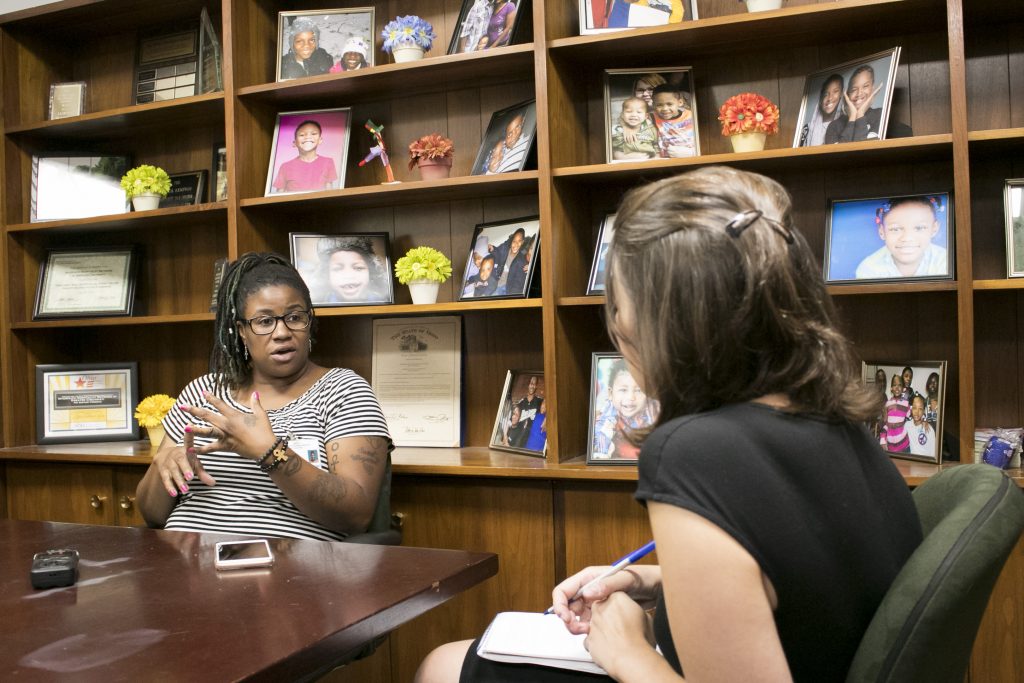 “I’m a single mother of three boys,” says Crystal Steele, services team lead at Interfaith Hospitality Network of Greater Cincinnati. “I paid my rent to my landlord, on time, every month. I was working three jobs at the time. I paid my rent for that month on the first. And on the second, when I came home from work, my things were out on the porch. Come to find out, the landlord sold the building, didn’t let us know, and I couldn’t get my rent back.”

Crystal is one of thousands across our city who have faced eviction. Her story isn’t out of the ordinary.

“Almost everybody who is low income has been affected by an eviction,” says Legal Aid’s Amanda Toole. “Most landlords in eviction court have an attorney. Most tenants do not. In Hamilton County, about 1 percent of evictions are decided in favor of the tenant.”

When we slap evictions onto families without a thought, we take away their ability to create a stable environment for themselves and their children. When eviction becomes too much, when couches run out, and cars are sold or impounded, some of our families and neighbors end up literally on the streets. Some sleep on sidewalks; some in tent cities… until they’re evicted even from their tents.

“The fact is, until we get serious about solving these problems, until we actually have solutions, we must not punish people for trying to live,” said Josh Springs of the Homeless Coalition at a rally on Third Street via Facebook Live. “These are spaces that we all own. There is something very simple about the idea that if I don’t have a place to live, if I don’t have a place I can be, for whatever reason, I’m going to go to a place where we all own. Where I can feel safe. That is extremely simple.”

Sometimes this issue becomes overwhelming. I get it. I think about Momma, Eddie, Mercedes, Kay, Crystal, Bison, and all of the people I’ve met through this series, constantly. I hear their voices in my head. I see their faces when I hear people talk about “solutions,” or when I hear comments about what those experiencing housing insecurity should or should not be doing. They’re a part of me now. They will forever be a part of my decision-making process when I am at the ballot box, when I’m in meetings, when I pass someone on the street who is struggling. Because of this series, my mindset has changed, and so has my behavior.

I hope this series does the same for you. We here at Women of Cincy are not going to wait for empathy to fall into your lap. We’re going to deliver it to you. Every day. We’re going to change our city, our people, one story at a time. Telling stories changes things. Let them change you.