New data visualization tools are always fun to explore and the newest release from the Census Bureau doesn’t disappoint. In early December, the Census Bureau released a State and County Dashboard – a tool that helps communities view ACS indicators in an interactive mapping environment. 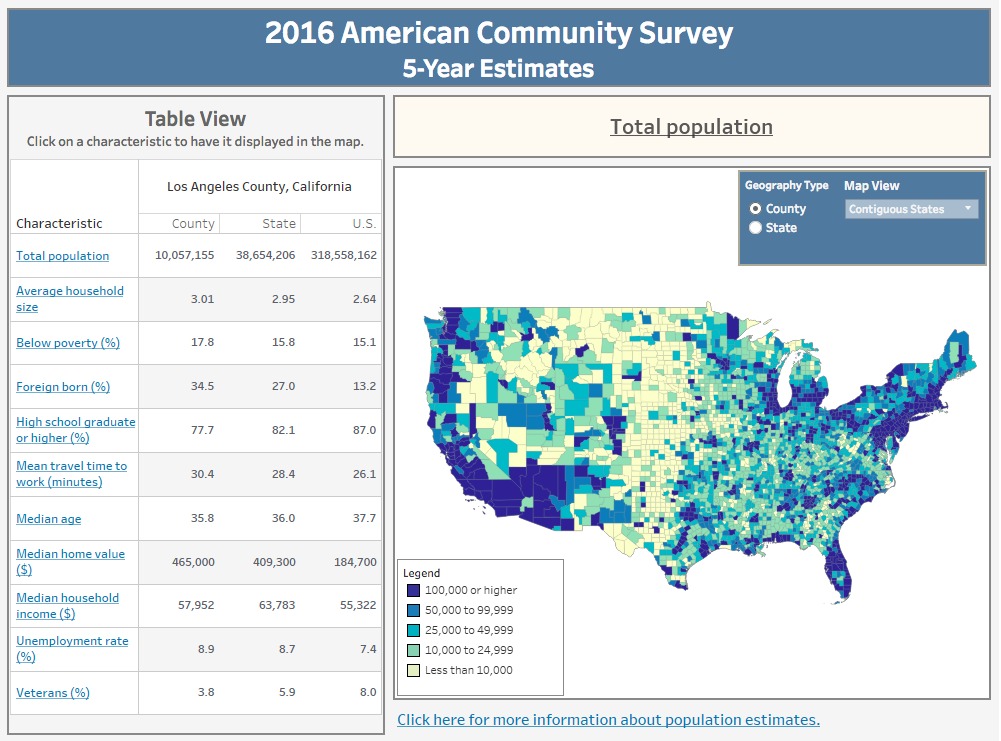 Using the recently released 2016, five-year estimates, the tool allows you to choose a single state or county and click through the following set of 2012-2015 ACS indicators:

The tool also shows the data as a comparison across county, state, and national geographies and allows for margin of error displays.