A recent report from the United States Census Bureau highlights usage rates of broadband across the nation. The report shows that high income areas, like the Pacific Coast, New Hampshire, and Massachusettes, are better connected and have higher rates of utilization.

Alternatively, states with low median household incomes, like Mississippi, Arkansas, and New Mexico, reported the lowest rates of broadband usage. These states were also more likely to access the internet from mobile devices than from a computer.

Overlay broadband data, demographics, and income in our MapRoom: 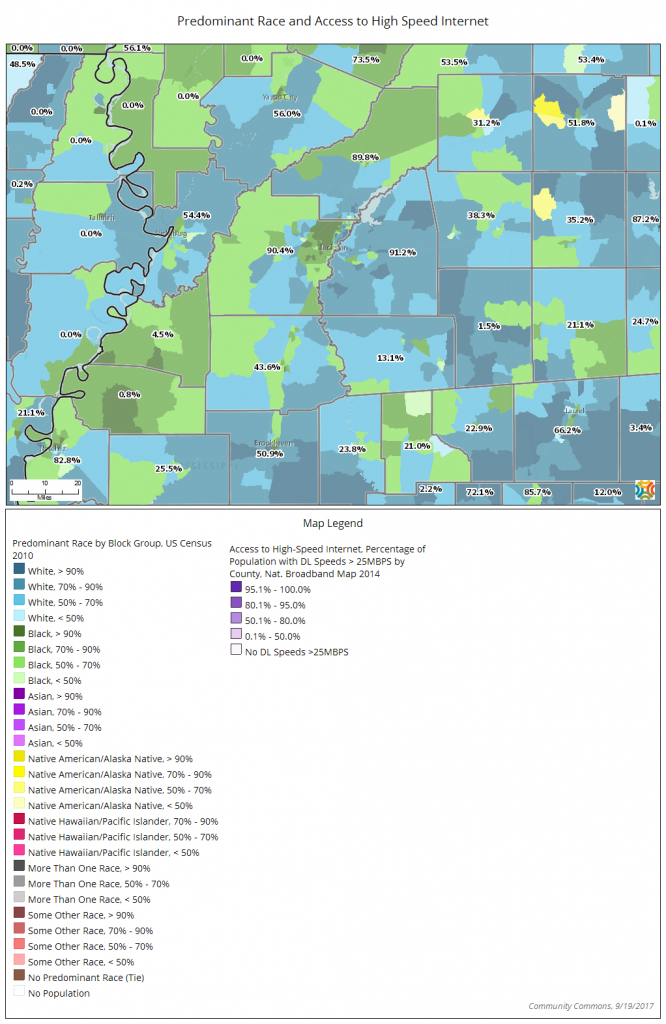 Adverse Childhood Experiences – Trauma in Children Across the Nation
December 19, 2017