According to data from the U.S. Citizenship and Immigration Services, the Deferred Action for Childhood Arrivals (DACA) program has shielded nearly 790,000 unauthorized immigrants from deportation since its inception in 2012.

DACA gives “Dreamers” who arrived in the United States before they were 16 an opportunity to remain in the United States to attend school or enlist in the workforce, so long as they meet specific conditions set forth by the provisions of Obama-era executive action. Individuals receiving DACA benefits are provided protection from deportation, a work permit, and the opportunity renew the benefits after two years.

But what does that really mean? What does that look like for states involved? What’s the economic impact of proposed overturn of DACA protections?

In the five years since the implementation of DACA, young unauthorized immigrants have found themselves able to study and work without imminent fear of deportation. They obtain driver’s licenses, enroll in higher education, secure jobs, and pay income taxes – all without a clear path toward permanent citizenship.

Federal data indicates that DACA recipients reside in every state in the nation, with the lion’s share calling California and Texas their American home. The following map depicts estimates of persons eligible to receive DACA benefits by state. The data are based on characteristics available in the analyzed U.S. Census Bureau data, while considering that some might not be eligible due to disqualifying criminal convictions, lack of continuous U.S. residence, or other factors that could not be modeled in the data. 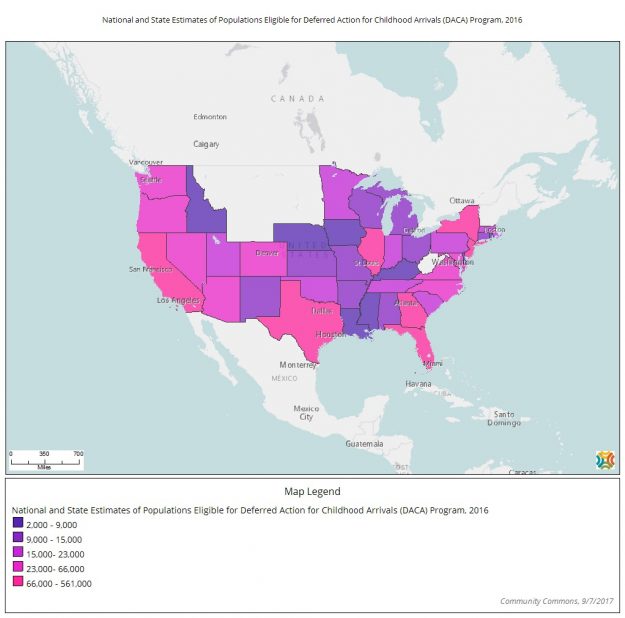 As a result of having DACA recipients in every state in our country, it is important to also consider what the economic impact of such a program has on state and local economies. 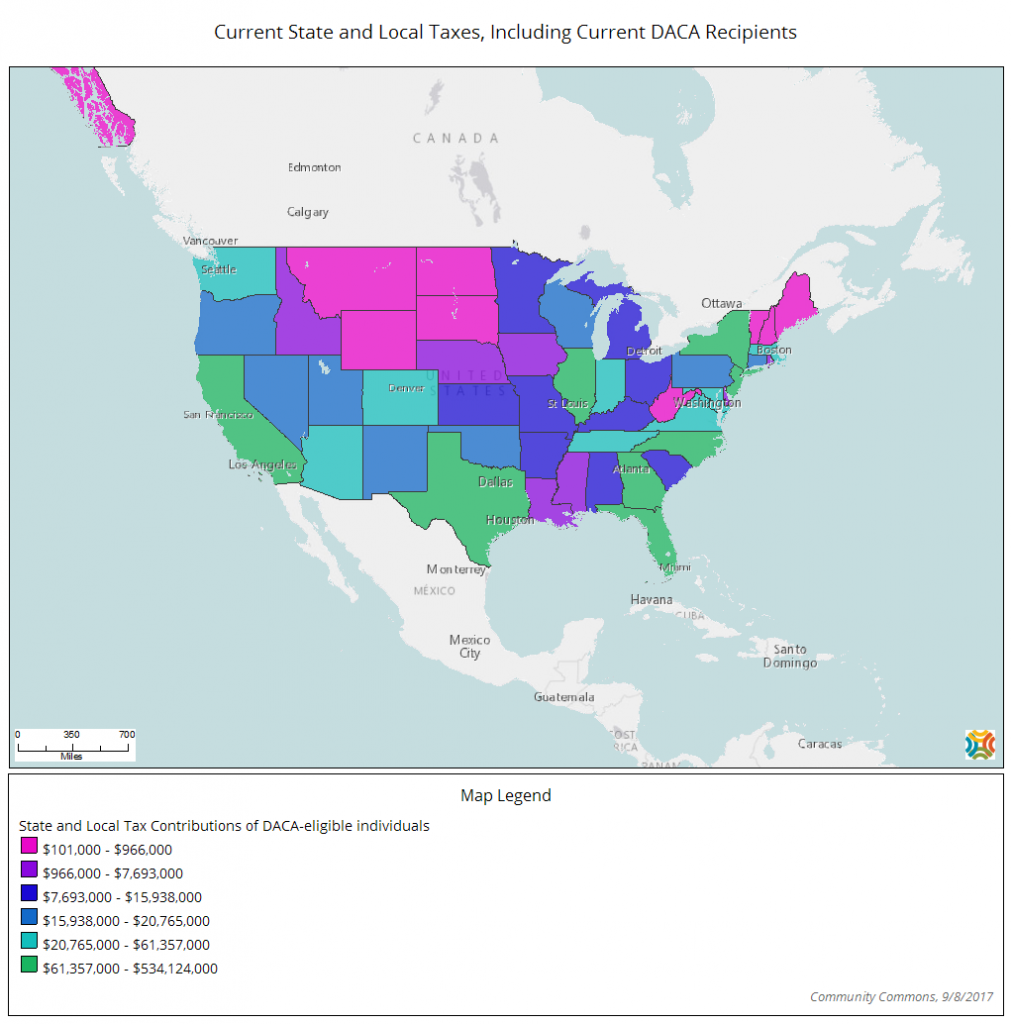 According to the Institute of Taxation and Economic Policy,  a total of 1.3 million undocumented immigrants enrolled or eligible for DACA contribute $2 billion a year in state and local taxes – including income, property, and sales taxes. Were those protections to be removed, it is estimated that state and local revenues would be reduced by nearly $800 million. 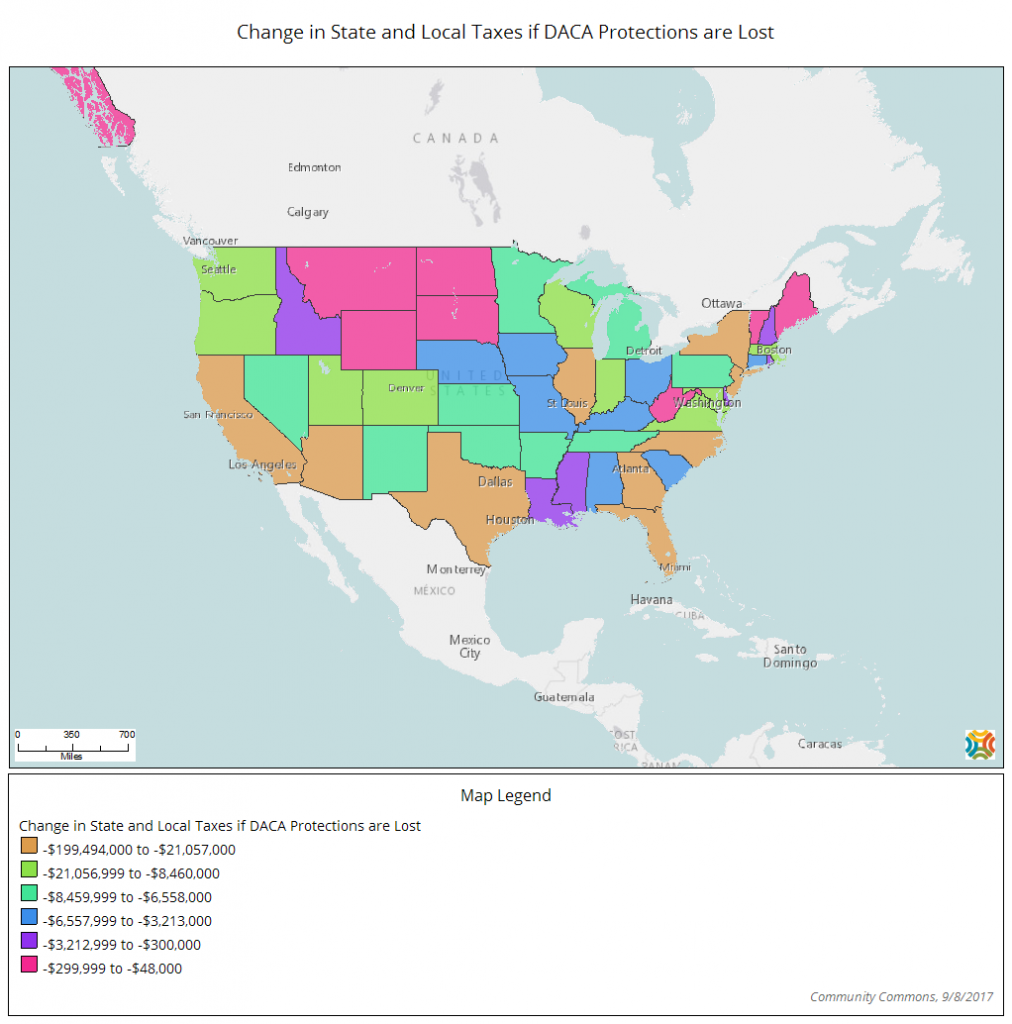 The DACA program was rescinded by the Trump administration on September 5, 2017, but implementation has been delayed six months to give the United States Congress time to find a solution for the population that was previously eligible under the program. Stay tuned for updates.

Living in an Immigrant Family in America
January 30, 2018

Immigrant Families and Educational Attainment
May 24, 2017

Understanding How the Share of Business Activity by Size Varies Widely by Industry
September 20, 2016
© Copyright Institute for People, Place, and Possibility (IP3)