Broadband access is not created or distributed equally across the country. While 94 percent of urban dwellers have access to broadband, more than one-third of rural residents are unable to access the ever growing broadband capabilities that greatly improve the quality and efficiency of online resources for health care, public schools, and economies for example.

The Federal Communications Commission (FCC) defines the minimum standard for broadband as 25 megabits per second download speed (Mbps) and 4 Mbps upload speed. This is in part based on the fact that 80 percent of Americans can access 25-3 Mbps and are continually expecting their devices and platforms to perform at ever-increasing levels, requiring even more robust and efficient broadband networks- an essential progression, but one that’s leaving around 20 percent of Americans with inadequate access. 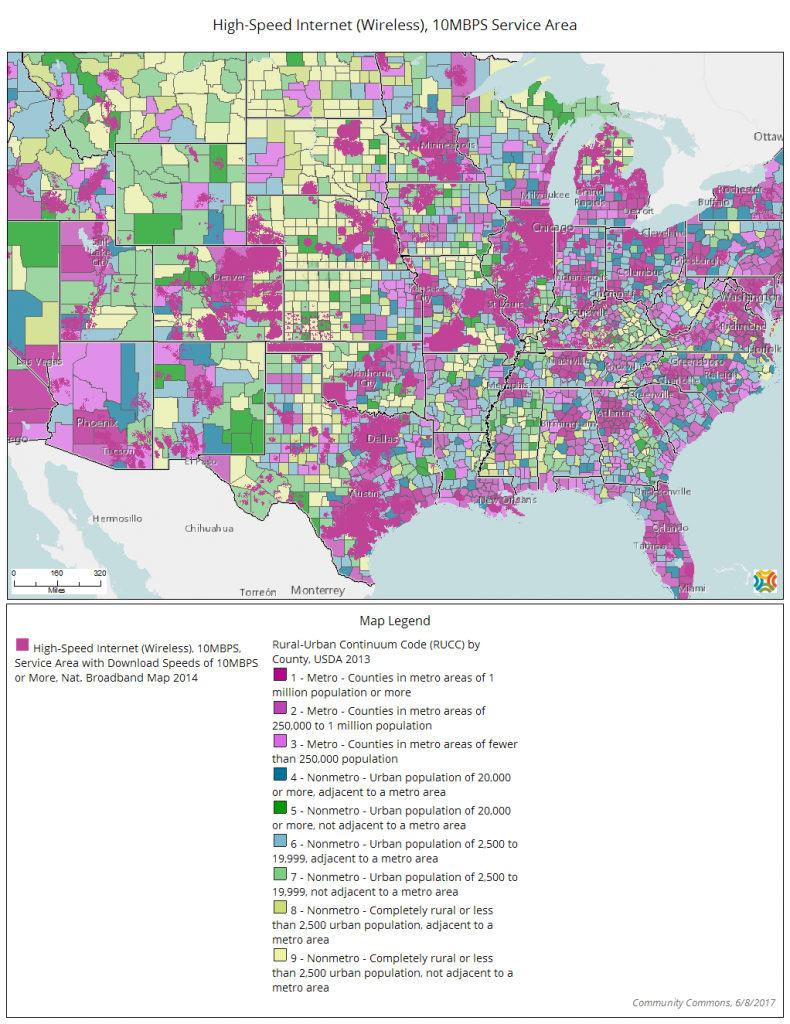 Before we get into the importance of broadband access, here are some basics on what broadband provides to users:

For most of us, access to these benefits of broadband is a given. It’s become ingrained in our professional work and our personal lives. And while most are able to take advantage of these resources- which we often times don’t even realize – many of these resources are inaccessible to those living in rural and remote areas.

Much of school learning now takes place online. And developing technology skills is essential in being competitive in future jobs. That’s why access to digital learning resources and tools are critical for students. The main challenge is not only getting high speed internet to rural areas, but how to get it at an affordable cost.

Of the 3,700 US schools that do not have fiber optic connections, 79 percent are in rural towns. Also in rural areas, 39 percent lack access to the FCCs standard of 25/4 Mbps, compared to 4 percent for urban areas. Political leaders across the country are beginning to realize the valuable role high speed internet plays for students. Missouri Governor Eric Greitens is taking steps to equip every school in the state with broadband internet. In Missouri more than 100 school districts lack access to quality internet. Through a partnership with San Francisco nonprofit Education Superhighway the state will use state and federal funds from the FCC’s E-Rate program to bring broadband to rural districts. 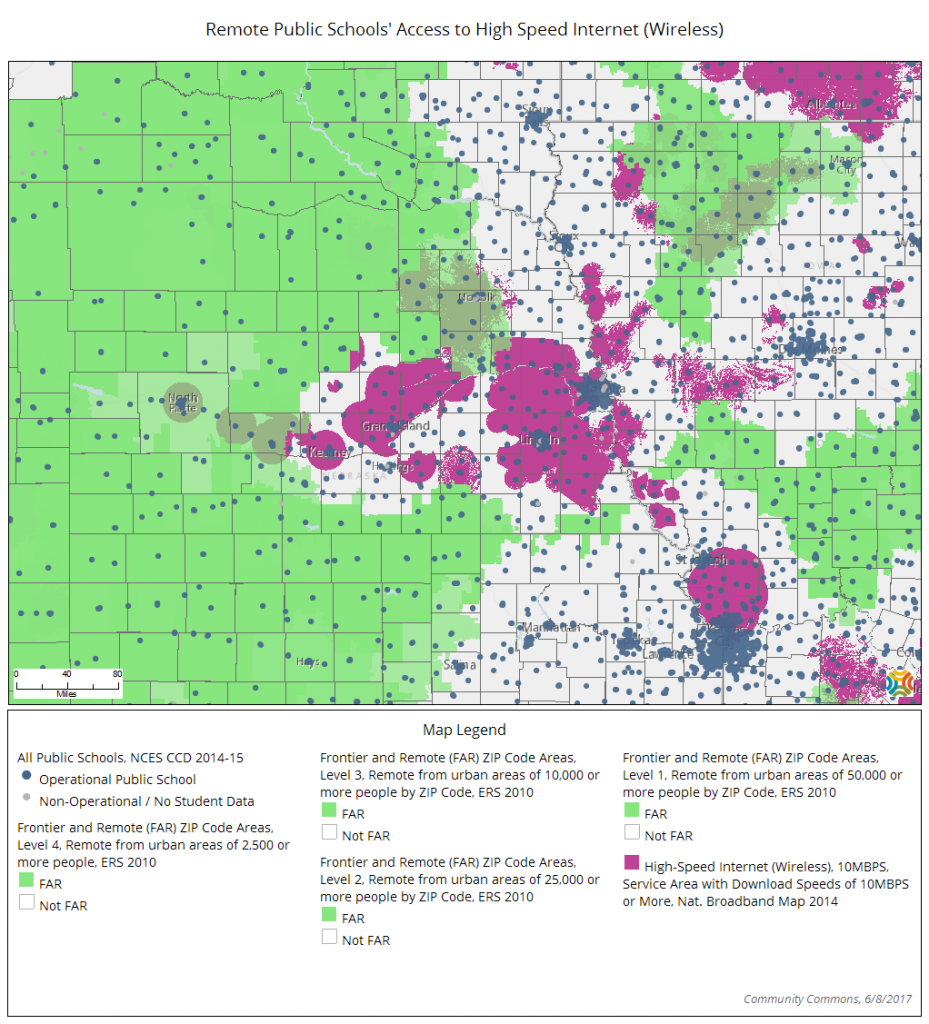 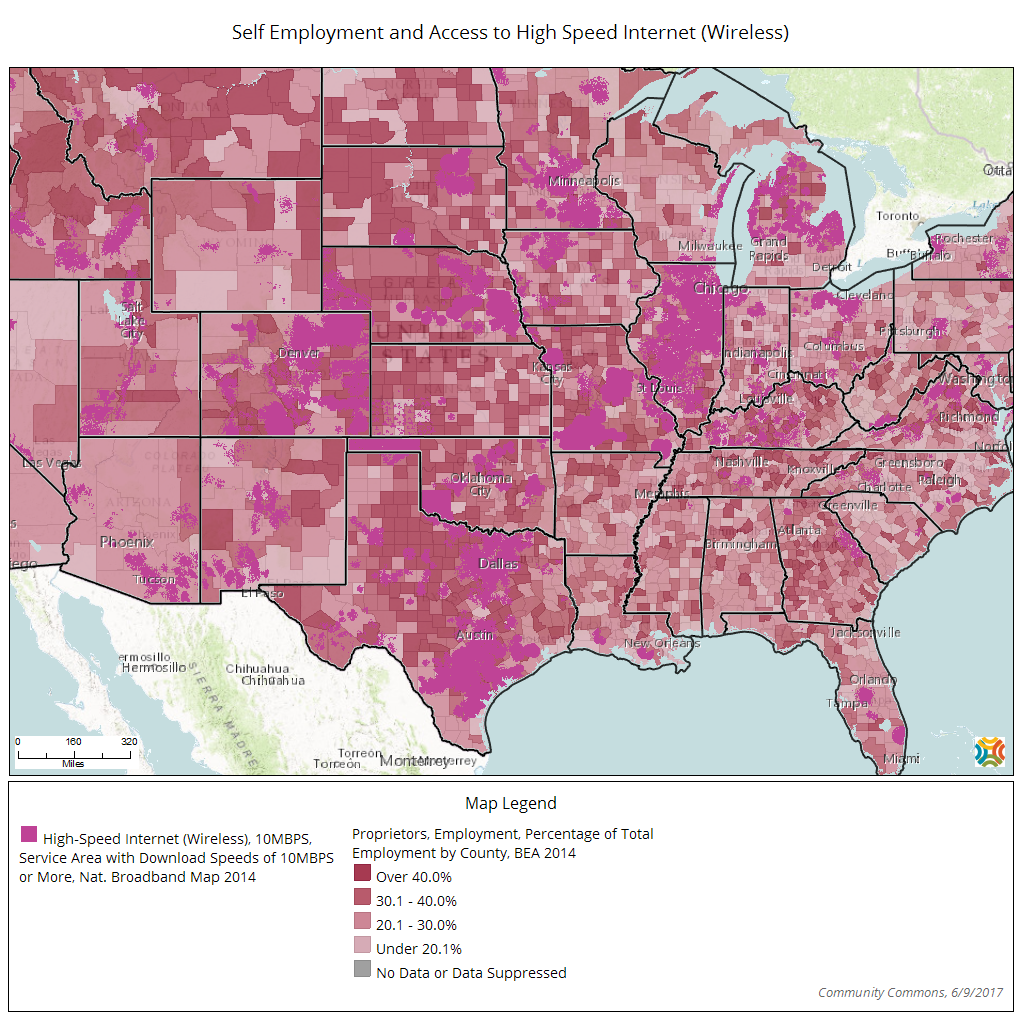 The American Medical Informatics Association believes the FCC should consider internet access as a social determinant of health as it forms policies and programs in the future. While broadband is not a cure all for rural challenges related to affordable and quality health care, innovations like telehealth, electronic health records, and other broadband-enabled health technologies can be implemented to reach medically underserved areas. 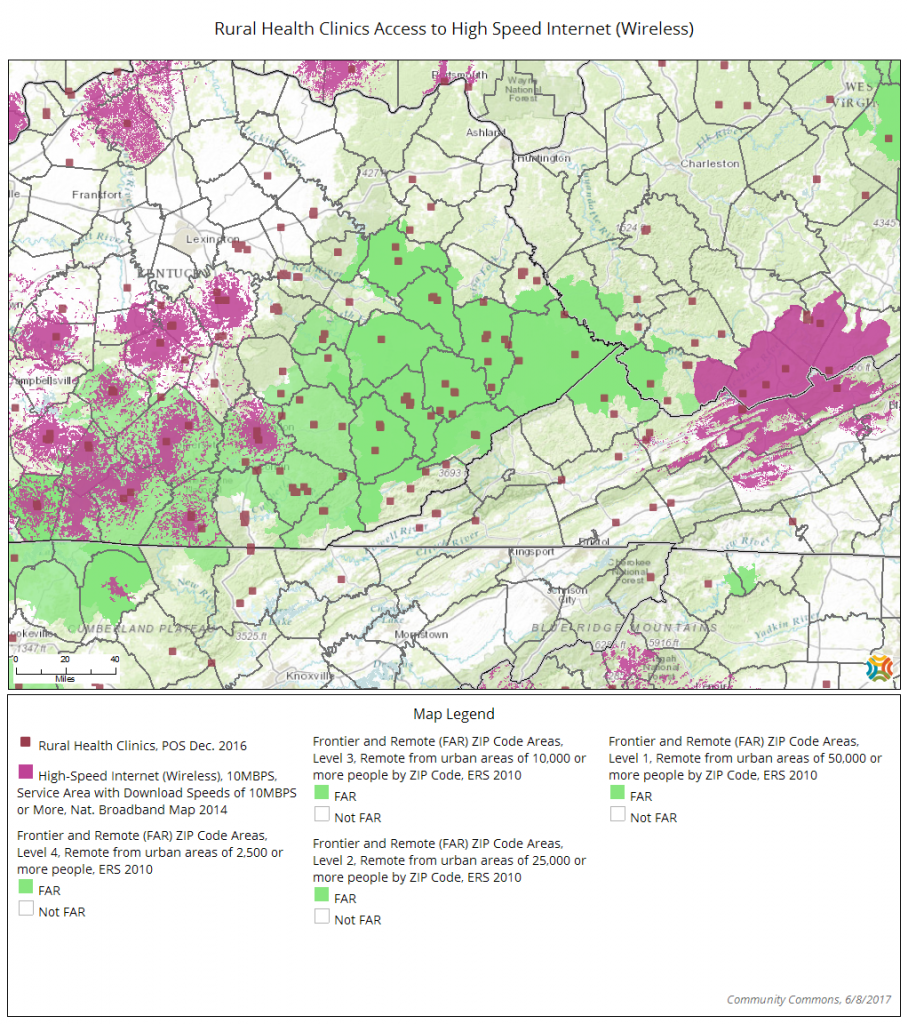 One of the main struggles for increasing access to rural areas is simply the cost- for rural residents and internet service providers. It’s not uncommon for rural schools to pay more than two times as much for bandwidth compared to their urban counterparts. It’s also a huge expense for internet service providers to enter markets and build infrastructure that have low population densities.

However, like the FCC’s E-Rate program that helps schools and libraries access affordable broadband, there is also the Connect America Fund (CAF) that recognizes the necessity of broadband access. It’s part of the FCC’s reform initiative that is working to bring broadband to 23 million Americans in rural areas. There are several phases to the initiative, but in 2016 it offered around 700 rural telephone companies over $10 billion in subsidies to upgrade their broadband networks over the next 10 years.

While broadband does expand opportunity and access is increasing, getting people to actually adopt and utilize broadband services is another significant challenge. There are notable demographics that highlight the difference between urban and rural adoption. Internet use is lower in rural areas in general (i.e. personal desktop, mobile devices, social media, email, videoconferencing, etc). Internet use by educational attainment and income levels are lower among rural residents compared to their urban counterparts. 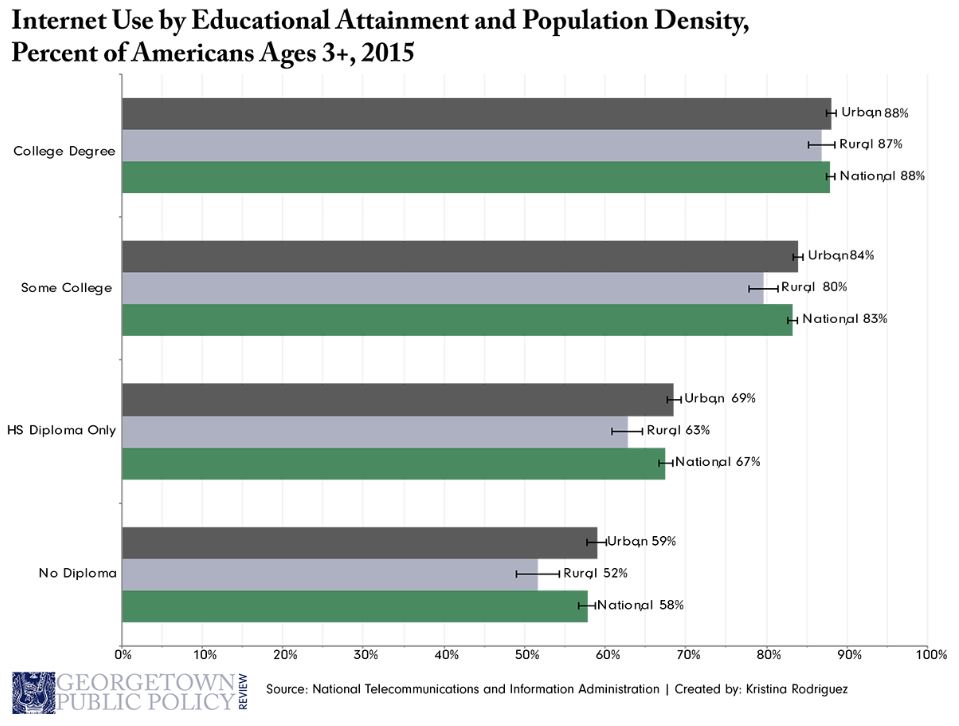 Isolating the factors that lead to these differences still does not explain the lack of adoption beyond demographic factors. It still shows a 4 percentage point decrease in the likelihood of rural residents adopting the internet compared to urban residents.  As one study concluded, lack of adoption may be more driven by intrinsic factors like cultural preferences. However, data is still lacking in this area, but it’s an important consideration to keep in mind as policies meant to expand broadband capabilities into rural areas continue to be discussed and formulated.