This article was written by Carolyn Gann, Social, Economic and Housing Statistics Division. It was originally published to the Census blog, Random Samplings, on December 14, 2016. 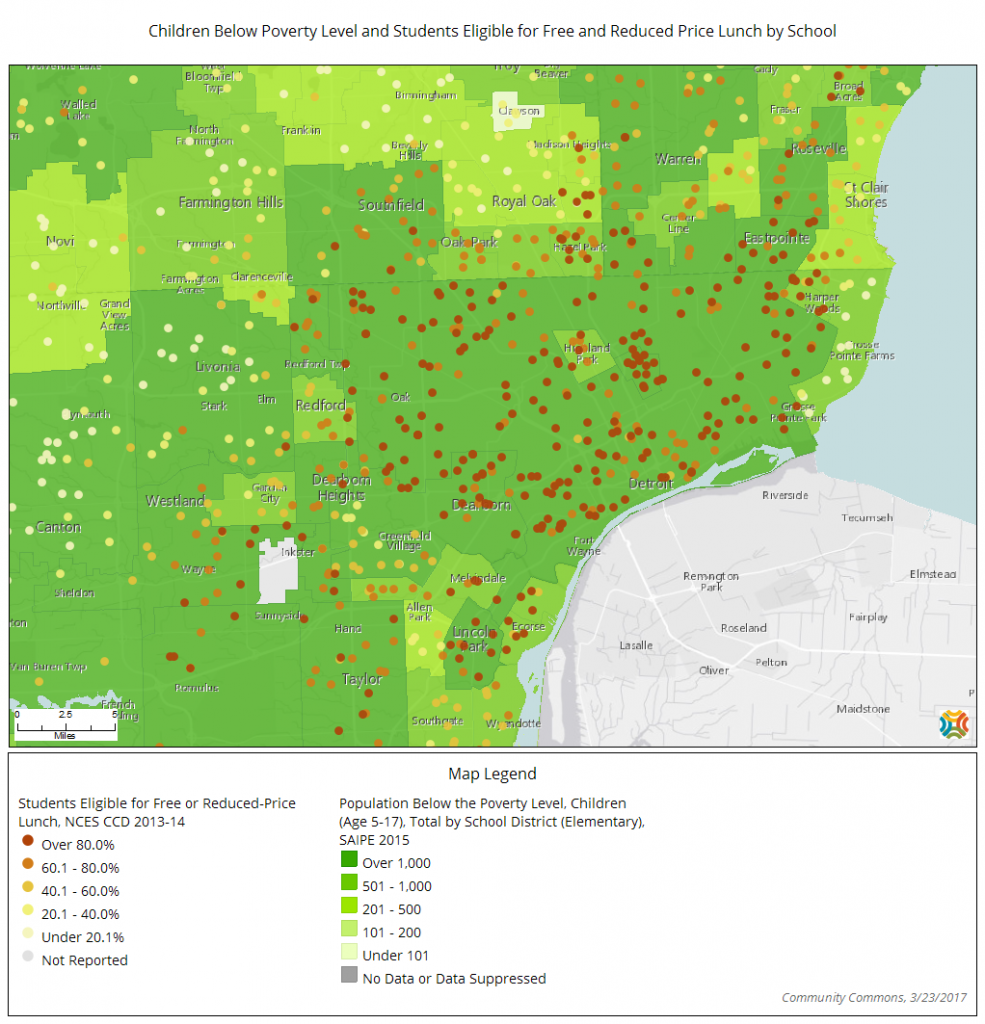 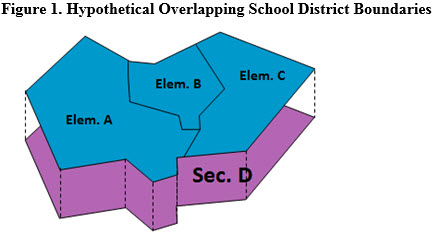 grades K-8) school districts (Elem. A, Elem. B, and Elem. C). As they stand in the figure, each school district would be financially responsible to provide services to school-aged children within their district’s grade range. For these four hypothetical school districts, the Department of Education would use SAIPE along with other data sources to determine Title I eligibility and funding allocations. 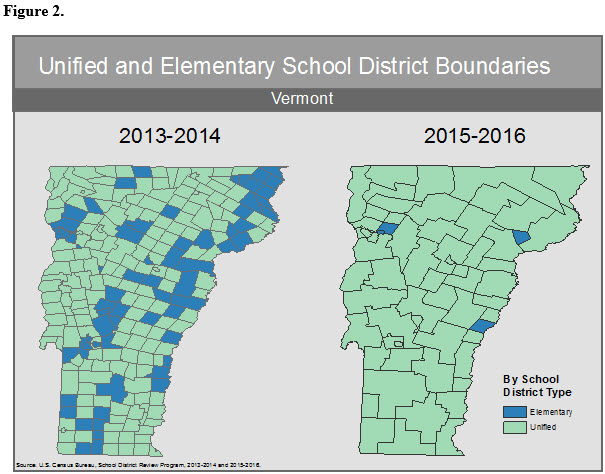 Given the SAIPE data’s timeliness and adaptability, we can examine how childhood poverty in school districts changes over time. To illustrate these changes, the recent SAIPE data release includes an animated map displaying data from 2007 through 2015. The year 2007 serves as a base year before the most recent recession. In the animated map, the lighter colors represent lower poverty rates, and the darker colors represent higher poverty rates. The animation allows us to see the changes in childhood poverty before, during and after the recession. 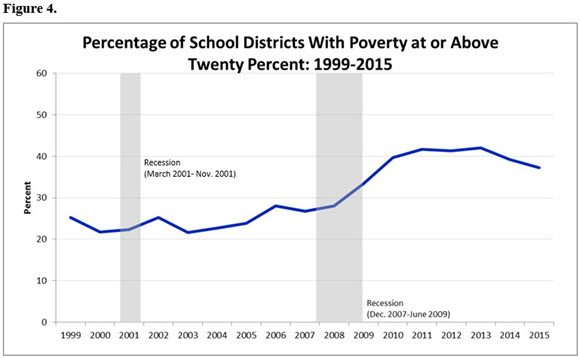 As the composition of childhood poverty changes over time, it is necessary for the Department of Education to identify all Title I qualifying districts and distribute funding where it is needed most. This work by the School District Review and SAIPE programs are two of many examples of how agencies work together to meet administrative needs for delivering resources, while ensuring the quality and accuracy of the information available to all stakeholders.