This article was written by Brian Glassman, Poverty Statistics Branch. It was originally published to the Census blog, Random Samplings, on October 13, 2016.

The official poverty rate for the United States declined in 2015 to 13.5 percent from a rate of 14.8 percent in 2014. However, this decrease in poverty was not uniform across states or Metropolitan Statistical Areas when looking at data from the American Community Survey — another key data source for examining poverty at state and local levels. In fact, poverty rates decreased in 23 states and did not increase in any state in 2015, as shown in Figure 1. However, poverty rates in 27 states and Washington, D.C., were statistically unchanged. 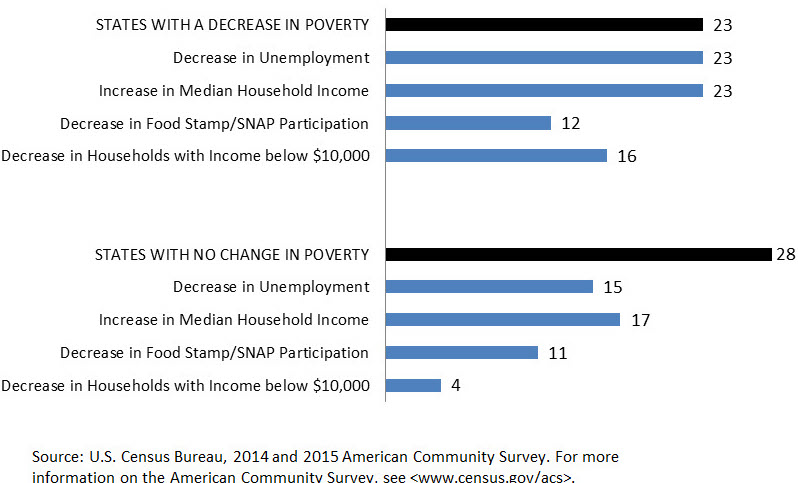 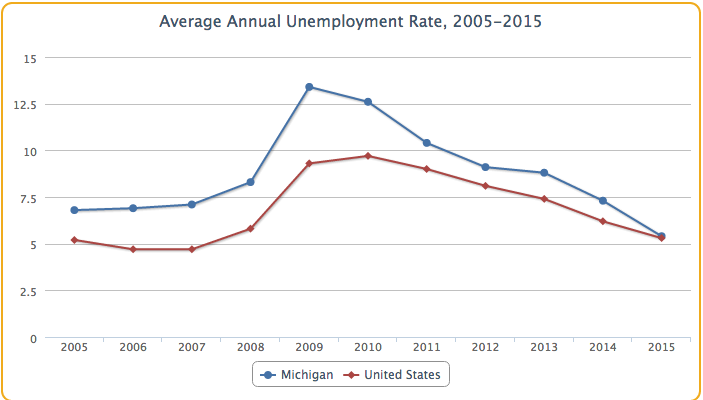 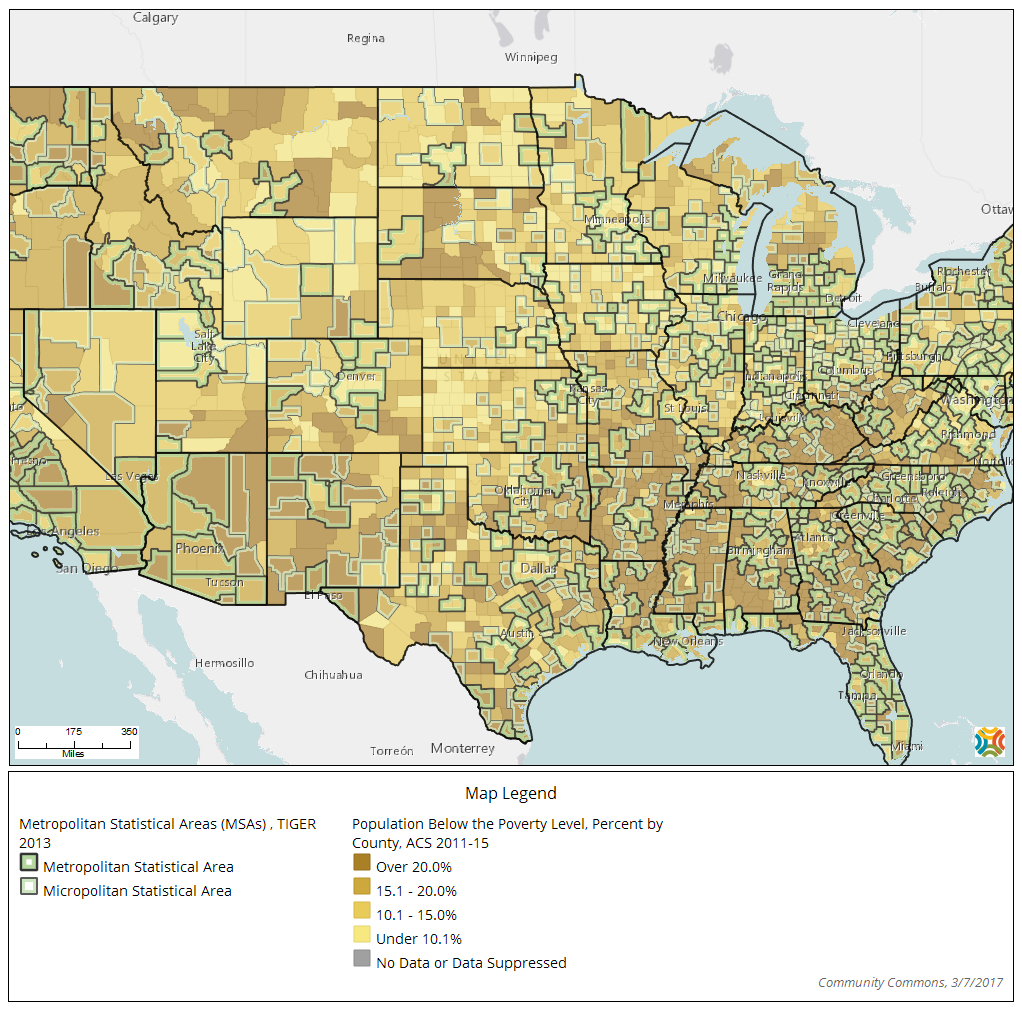