The 500 Cities Project is a collaboration between the Centers for Disease Control and Prevention, the Robert Wood Johnson Foundation, and the CDC Foundation. The 500 Cities project aims to provide city- and census tract-level small area estimates for chronic disease risk factors, health outcomes, and clinical preventive service use for the largest 500 cities in the United States. Small area estimates allow cities and local health departments to better understand the burden and geographic distribution of health-related variables and to plan for public health interventions.

Purpose of the 500 Cities Project

Fun Stats about the Cities 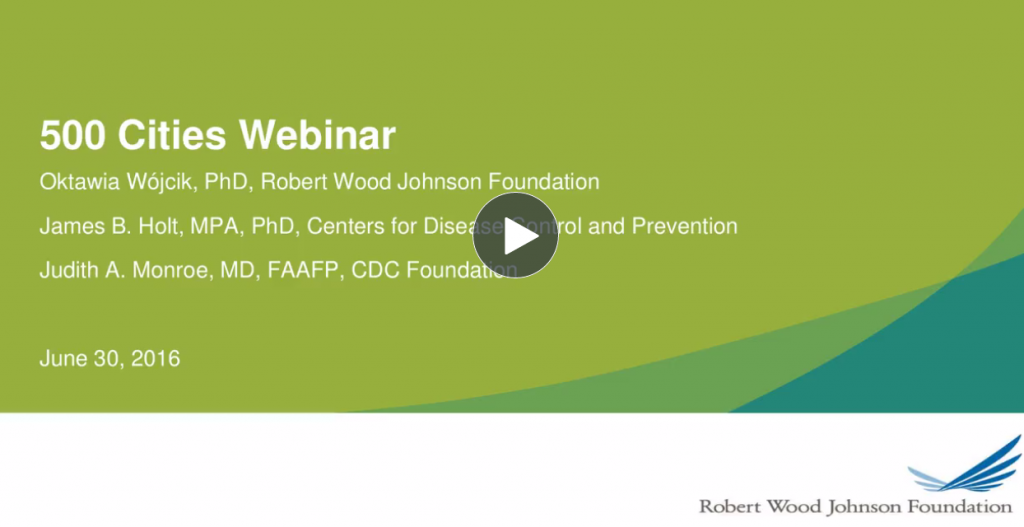