Reversing the Risk of Diabetes

The US is in the midst of a diabetes epidemic. Just within the last six years, 2.2 million Americans have been diagnosed with diabetes. That brings the total number of Americans with diabetes to nearly 30 million. 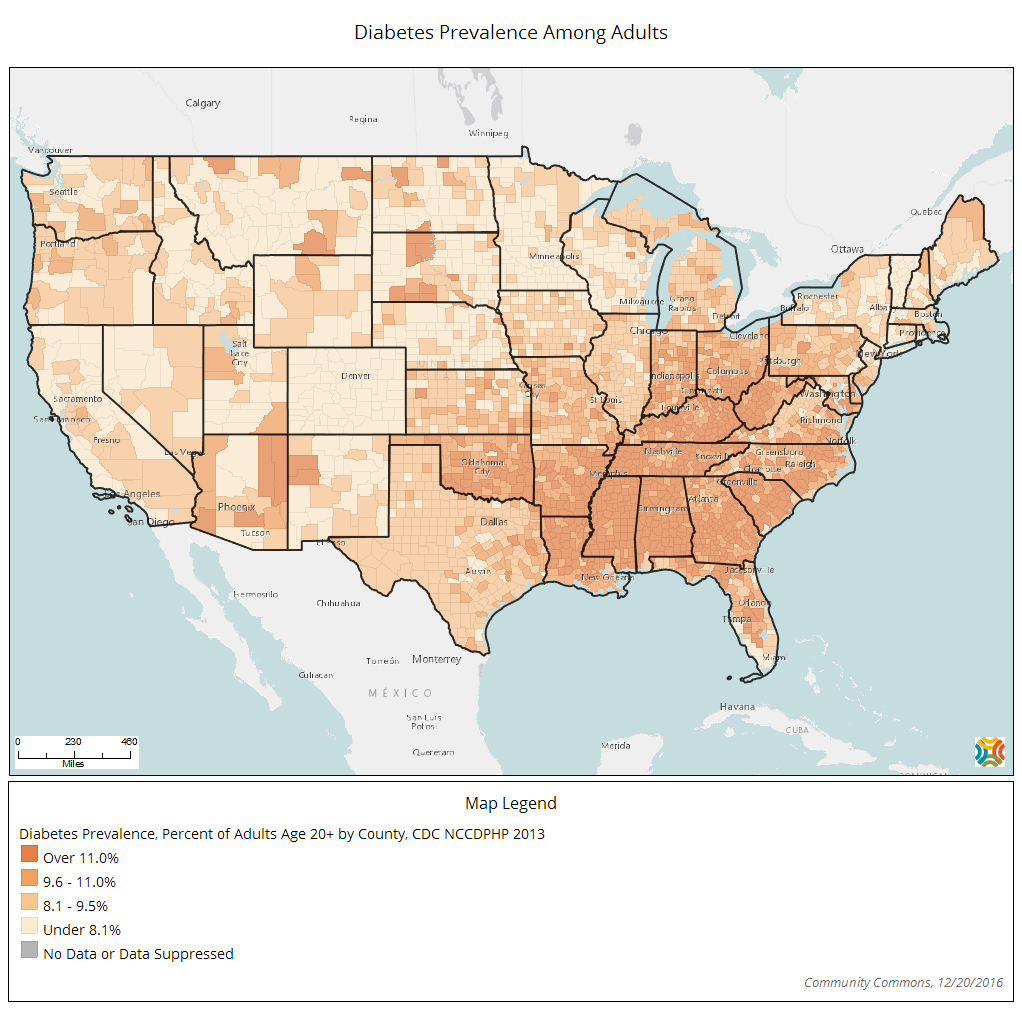 Majority of diabetics have type 2 diabetes, which means their body can’t use insulin properly, preventing blood glucose from staying at normal levels. Much less common is type 1 diabetes. With type 1, the body does not produce insulin. Unlike type 2 diabetes, it can’t be prevented.

Because of the health consequences associated with diabetes like blindness, heart disease, kidney problems, and more, it’s important for diabetics to monitor blood glucose levels on a daily basis. The A1C test measures the average blood glucose level. Unfortunately, there are barriers that prevent many diabetics from properly monitoring their diabetes, whether it be the cost of test strips required for the A1C test, fear of needles, stigma, or lack of knowledge and/or motivation needed to monitor their diabetes. Diabetes can affect anyone, though there is a heavier burden of the disease among African Americans, Latino, Native Americans, and Asian Americans. 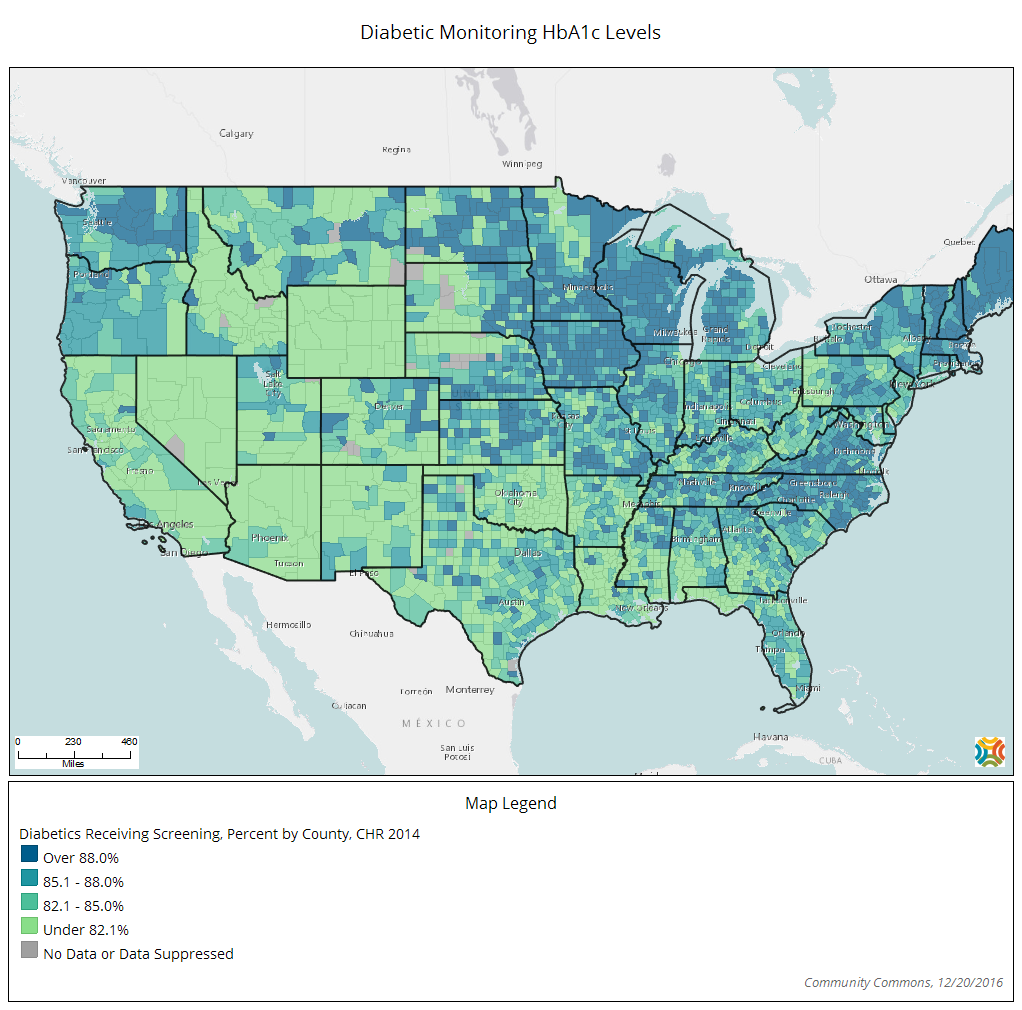 While a lot of attention is paid to diabetes, not as much has focused on prediabetes, which puts people on the path to diabetes, but is reversible with lifestyle changes. It occurs when blood glucose levels are higher than normal, but not yet in the diabetic range. There are no clear symptoms, which is why it’s easy for those with prediabetes to progress into the irreversible diabetes. Astonishingly, not only do one in three Americans have prediabetes, but it’s estimated that as many as 90 percent don’t know it and are unaware of their risk- that’s 86 million Americans!

While genetics is a significant player in the likelihood of being diagnosed with diabetes, lifestyle changes while in the prediabetic range can decrease that likelihood. Increasing physical activity, eating healthy, and taking care of overall health can help stave off a diabetes diagnosis. As you can see in the map below, many areas in the US with a high prevalence of diabetes also have low physical activity levels and high obesity prevalence. 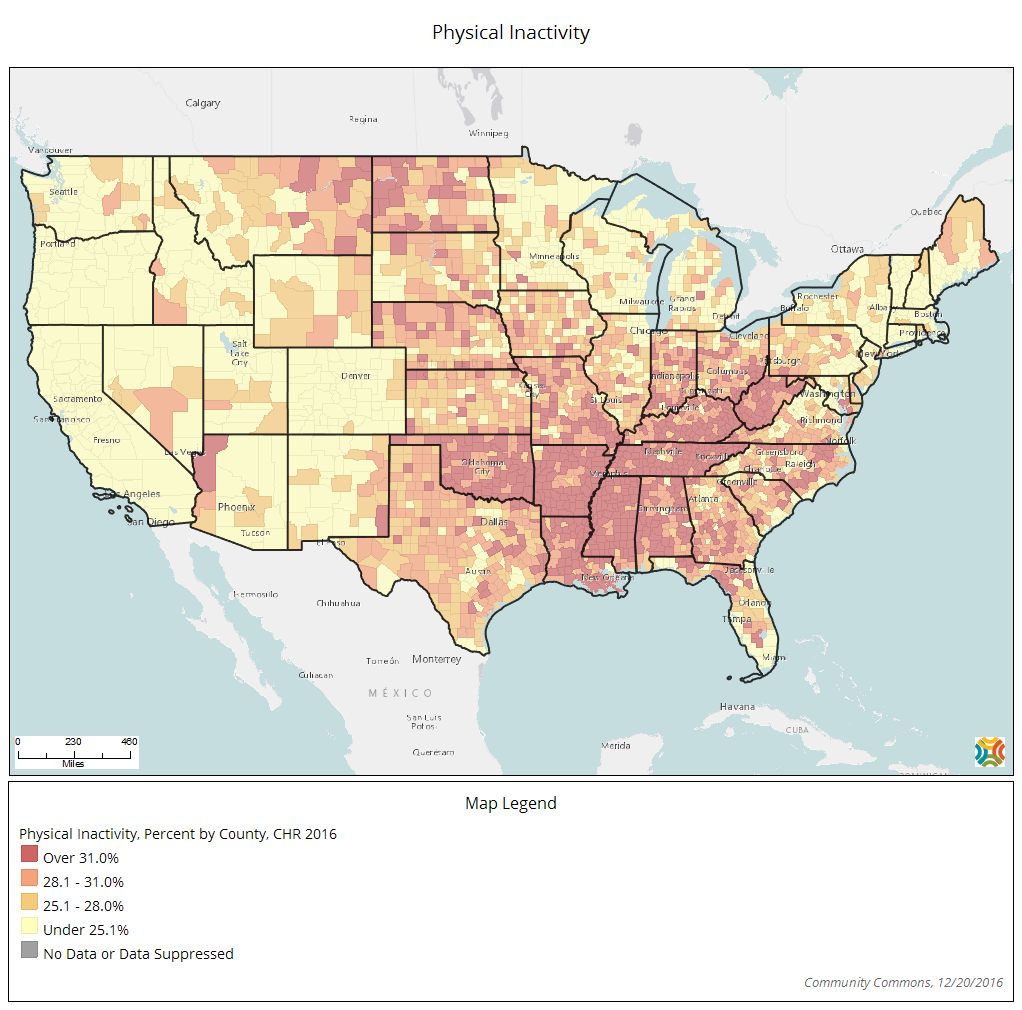 The Diabetes Prevention Program research study found that even modest changes could reverse prediabetes. It could be as modest as losing 5 to 7 percent of body weight, that’s 10 to 14 pounds for a 200 pound person. In people with prediabetes, these changes reduced their risk of developing type 2 diabetes by 58 percent. It’s not just preventing type 2 diabetes, it’s also reducing the risk of developing other chronic conditions like heart disease and disabilities like blindness.

The CDC’s National Diabetes Prevention Program (NDPP) has community-based partnerships that offer evidence-based, lifestyle change programs that can not only help prevent type 2 diabetes, but improve participants’ overall health. So far, it has been very successful. There are hundreds of NDPPs across the country and also a number of online programs. The CDC offers resources for organizations who want to implement their own NDPP in their communities. Prediabetes and diabetes impacts millions of Americans, but awareness is growing the public’s knowledge through media campaigns and community-based prevention programs like the NDPP.