This article was written by Willy Blackmore. It was originally posted in November of 2016 on Take Part.

Voters in four cities casted ballots that will triple the number of municipal soda tax measures in the United States. San Francisco, Oakland, Albany, California, and Boulder, Colorado, will join Berkeley and Philadelphia in charging an extra penny or two per ounce for sugar-sweetened beverages.

When Berkeley passed its soda tax in 2014—the same year a similar measure that required a two-thirds majority failed in San Francisco—it appeared to be something of an outlier. The tax won easily in the wealthy, liberal California city, but as industry groups noted, similar measures failed 43 times around the country over the course of eight years, and national polling shows that a majority of Americans do not support soda taxes. In 2016, however, a year that has not been kind to conventional political narratives, the story of soda taxes appears to be changing. Public health advocates and politicians who support soda taxes saw a growing movement when in June, Philadelphia adopted a 2-cent tax as part of its city budget. Now, they have prevailed in four additional cities. More local and state-level tax proposals are sure to come. 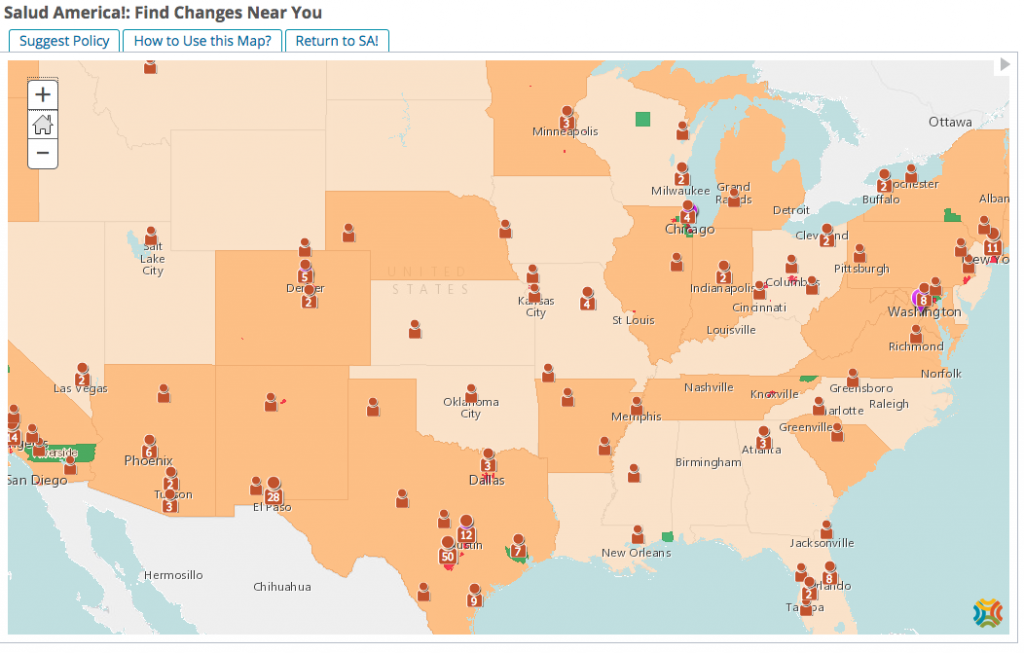 This map shows individuals and communities that work on soda and sugar-related policies. 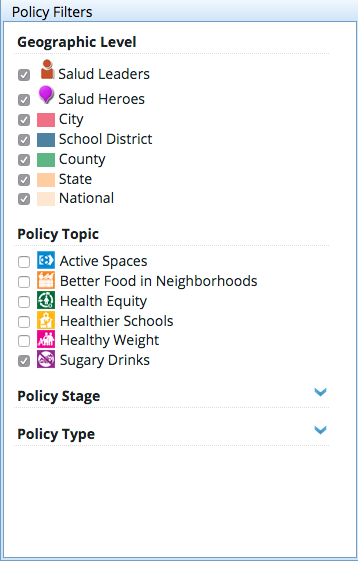 “This is an astonishing repudiation of Big Soda. For too long, the big soda companies got away with putting profits over their customers’ health. That changed tonight,” Jim Krieger, the executive director of Healthy Food America, said in a statement issued Tuesday night. He said that the nonprofit has heard from 12 cities and states “seriously considering a tax on sugary drinks in 2017.”

The American Beverage Association, an industry organization that has been a major financial backer of the “no” campaigns, remains opposed to tax measures in spite of the losses. Instead, the association is looking to reformulating beverages to contain less sugar—as PepsiCo recently pledged to do—and both public health and community outreach as the means to the end of reducing obesity rates in the United States.

“We too want a strong healthy America, we just disagree that passing a tax on one product in the grocery store in a city and then leaving town is going to accomplish that,” William Dermody Jr., ABA’s vice president of policy, wrote in an email to TakePart. “We think we have the better idea of trying to get consumers to change their behavior and moderate the calories and sugar they get from beverages.” He wrote that pro-tax groups are “cherry-picking cities that are predisposed to taxing their citizens.” 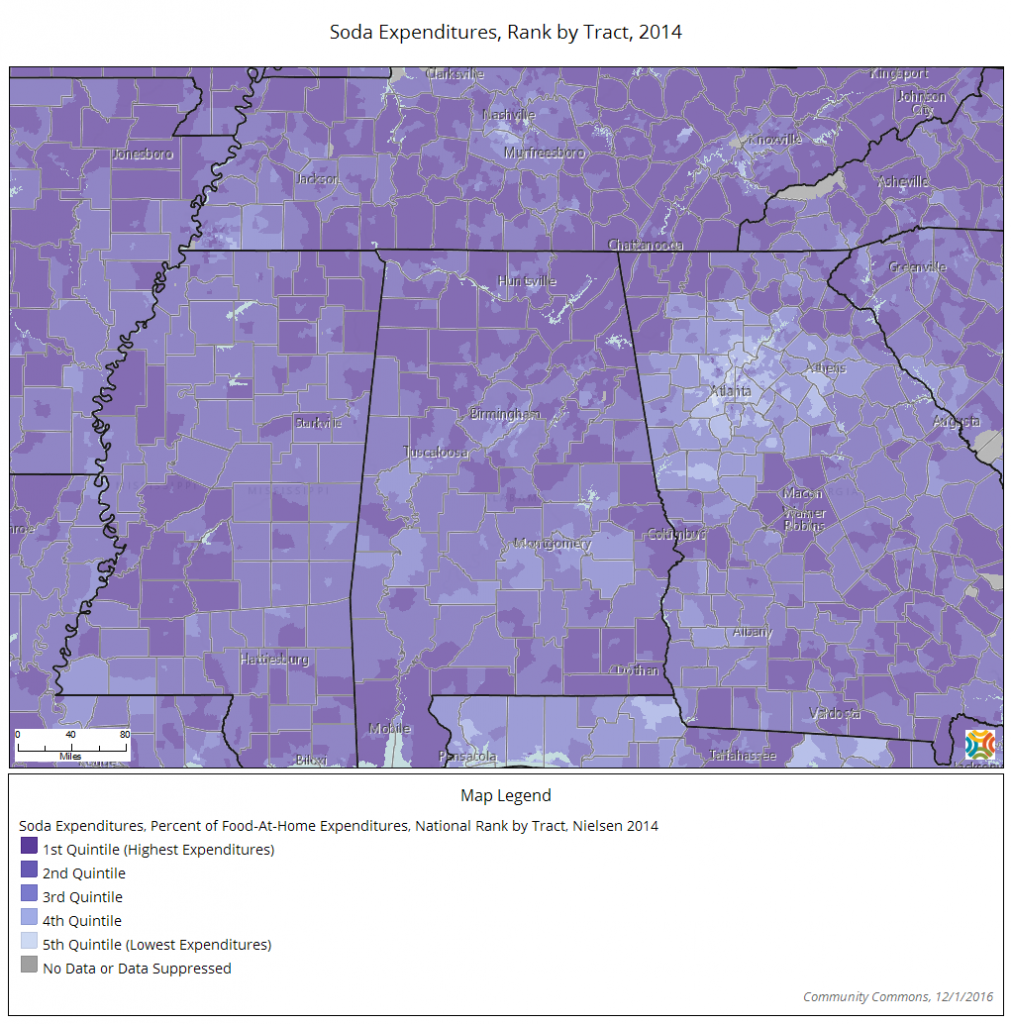 Maps like these visually tell the story of a community and its health. Click on the map and zoom to your location to see this data for your area.

“The pro-tax forces are in the healthiest cities in America,” according to Dermody, “while we are working in places like rural Alabama, the Mississippi Delta, East L.A., where obesity rates are well above average, to crack the code on what gets people to try low- and no-calorie beverages.”

The early research on Berkeley’s soda tax, however, suggests that the disincentive of the tax—which is only part of the equation—is proving effective. In a study published by the American Journal of Public Health in August, researchers from University of California, Berkeley, recorded a 21 percent decline in soda consumption in low-income neighborhoods in the city. In the first year the tax was implemented, Berkeley raised $1.2 million from the extra penny per ounce residents paid for sugar-sweetened beverages—funds that will be spent on an array of public health programs.

While Berkeley, San Francisco, and Boulder do not have the same severity of diet-related public health problems as exist in parts of the Deep South, close to one out of every 100 residents in Oakland has diabetes. According to modeling done by researchers with Harvard’s CHOICES project, the Bay Area soda taxes would lead to a 4 percent drop in incidence of diabetes in the region—and raise $22 million in revenue annually. 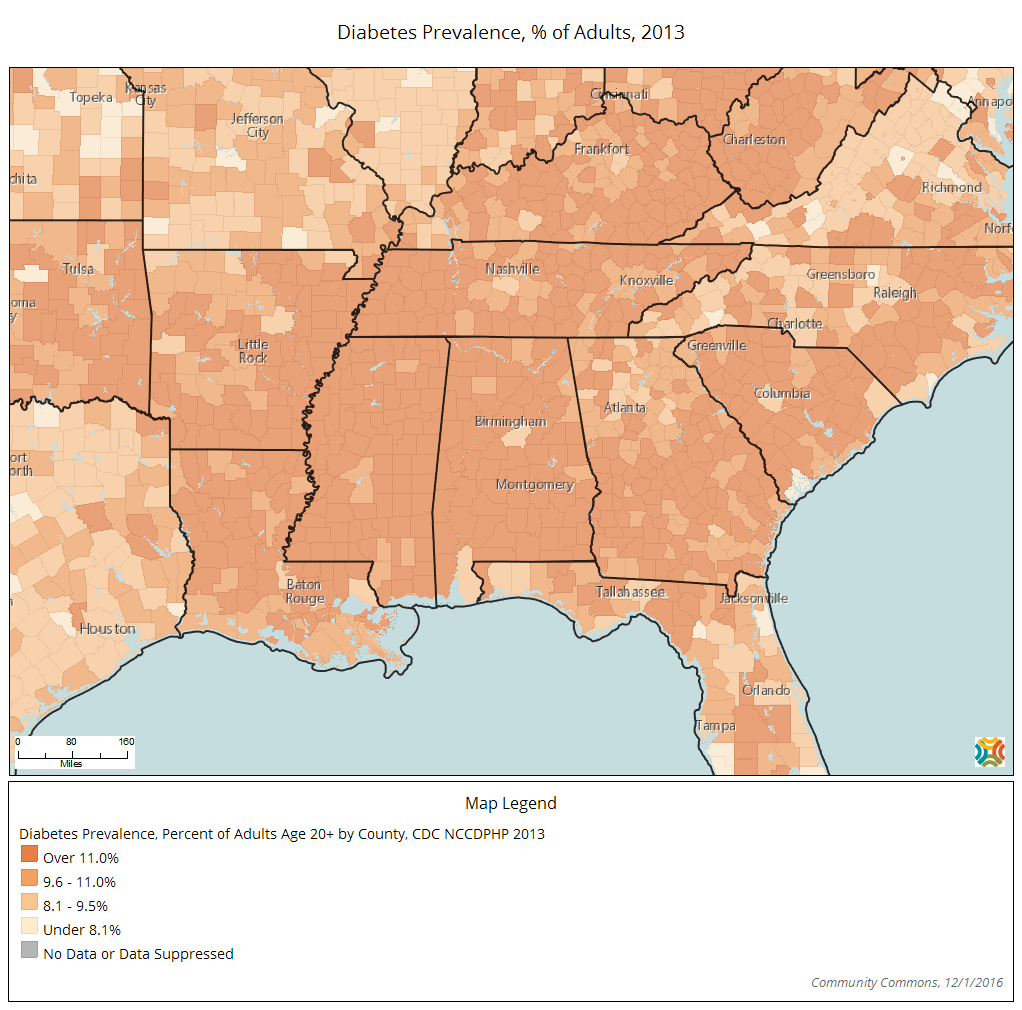 Click on the map and zoom to your location to see this data for your area.

As antitax groups have pointed out, taxing sugar-sweetened beverages is regressive and affects low-income communities—which drink soda at higher rates—the most. But as supporters of the tax measures are quick to point out, diabetes is a regressive disease too.

Taxes on Groceries, Not Soda, Are Hurting Poor Americans
October 18, 2016 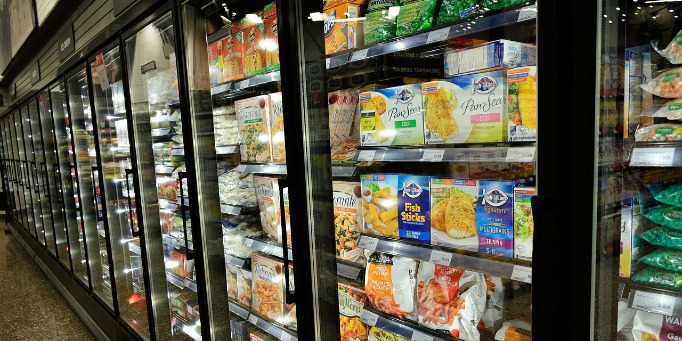 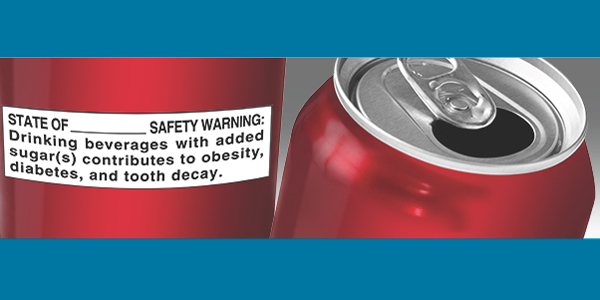