Mapping the Opioid Epidemic in the US

Drug overdose is the leading cause of accidental deaths in the U.S.  More than 47,000 people died from drug overdoses in 2014, up from roughly 17,000 in 1999. In roughly the same time period, opioid-related deaths quadrupled, which is perhaps not too surprising as opioid prescriptions have tripled over the past 20 years. It’s a deadly problem impacting families and communities (large and small) in all corners of the U.S.

The Opioid Epidemic Hits Everyone

Whites, Blacks, Hispanic or Latinos, Native Americans, and Asians have all seen a rise in overdoses. However, opioid-related deaths have hit whites and native Americans harder than any other group, especially among 45-54 year olds. Twelve states, mostly in the south and Midwest, have more opioid prescriptions than people, meaning there are people with multiple opioid prescriptions. What’s especially alarming is that several of these states, like Ohio, Indiana, and West Virginia, have been hit hardest by the opioid epidemic. 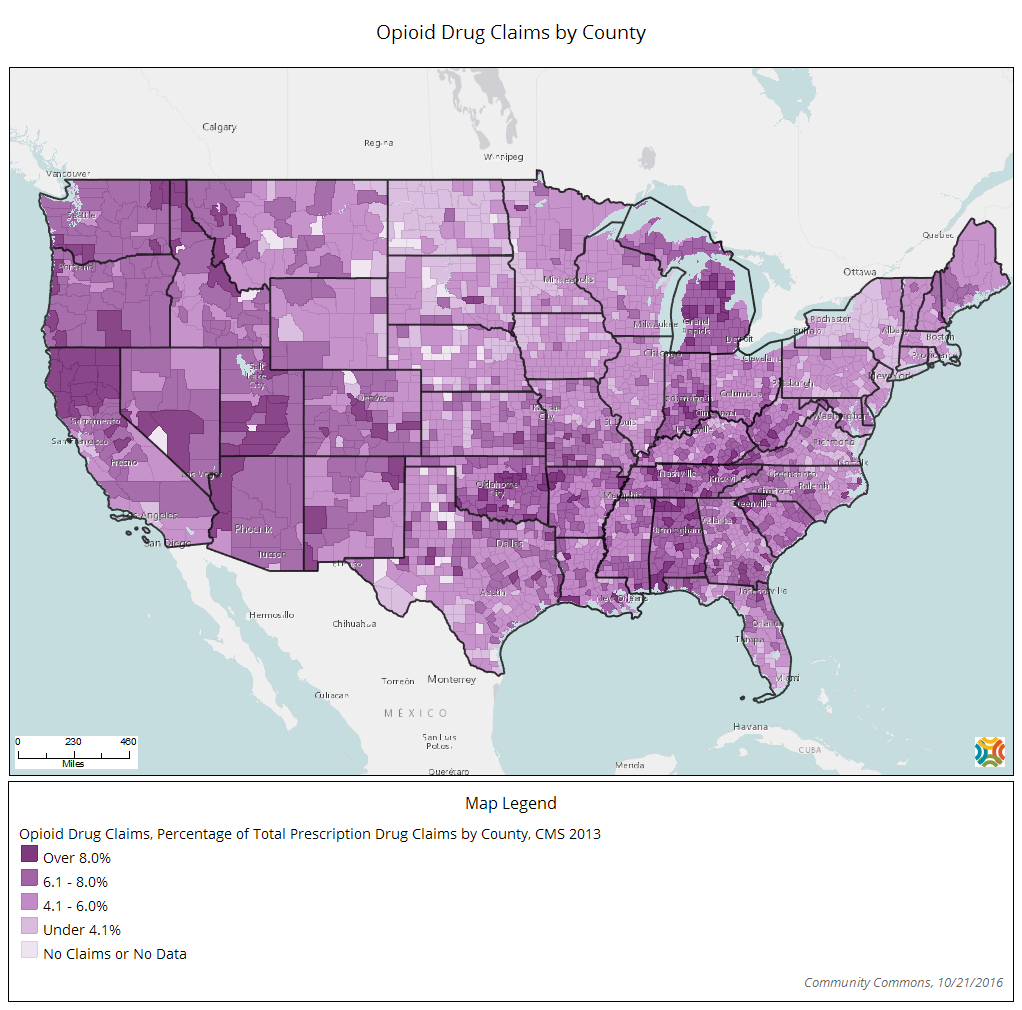 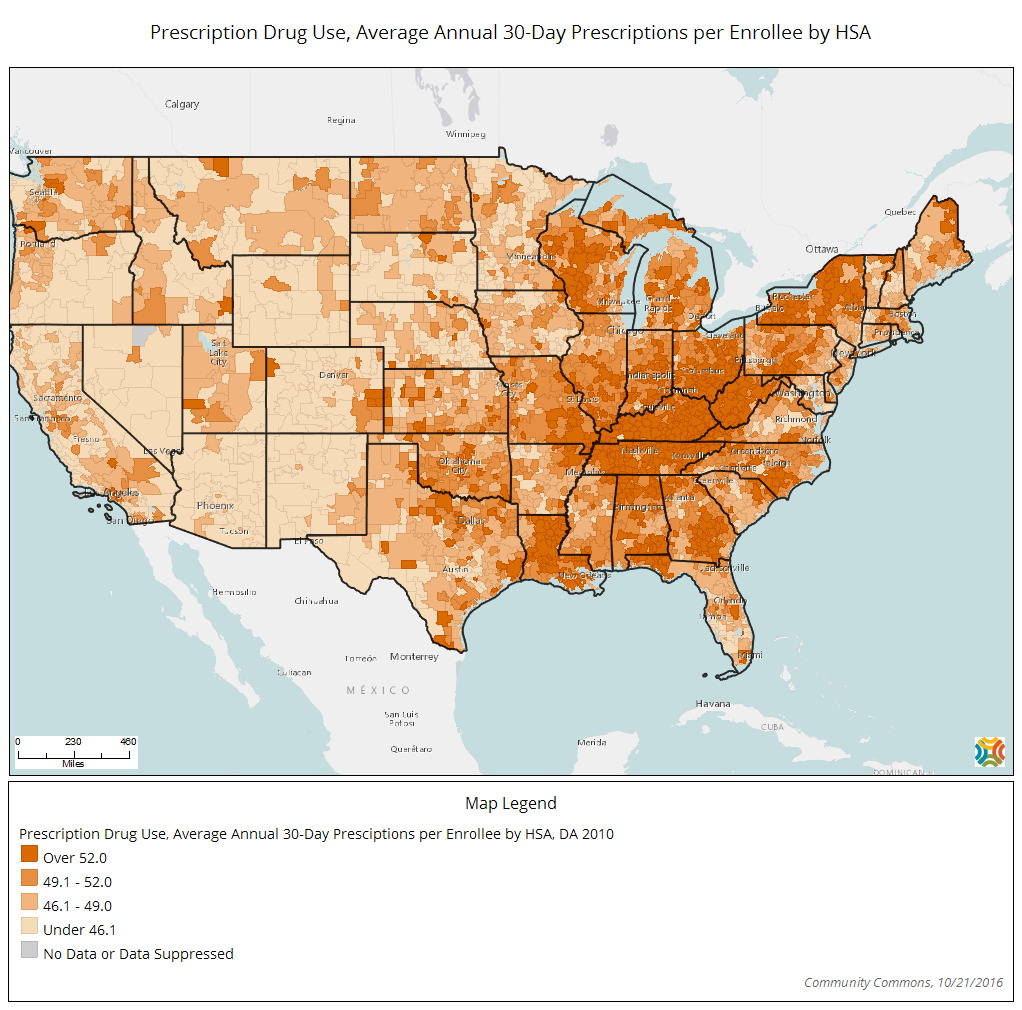 How did it become an epidemic?

Opioids were not always as readily available as they are today. As stated earlier, prescriptions have tripled over the past 20 years. If we rewind to the late 90s, we begin to see why. In 1998, the Veterans Health Administration implemented a national strategy to improve patient pain management- an initiative called “Pain as the 5th Vital Sign”, with the other vital signs being pulse rate, temperature, respiration rate, and blood pressure. The initiative introduced a numeric rating scale for patients to use when reporting their pain.

In 2001, the Joint Commission introduced its Pain Management Standards which grew the idea as including pain as a vital sign. During that time we also saw a growth in marketing of new opioids to physicians and a growing acceptance of their use in medicine. Fast forward nearly two decades and nearly 2 million Americans are struggling with prescription opioid use disorder and there’s been an alarming increase in opioid-related deaths. And astonishingly, studies have shown no improvement in the quality of pain management since the initiative was implemented. In June 2016 during its annual meeting, the American Medical Association recommended dropping pain as the fifth vital sign, while passing resolutions meant to increase access to addiction treatment. 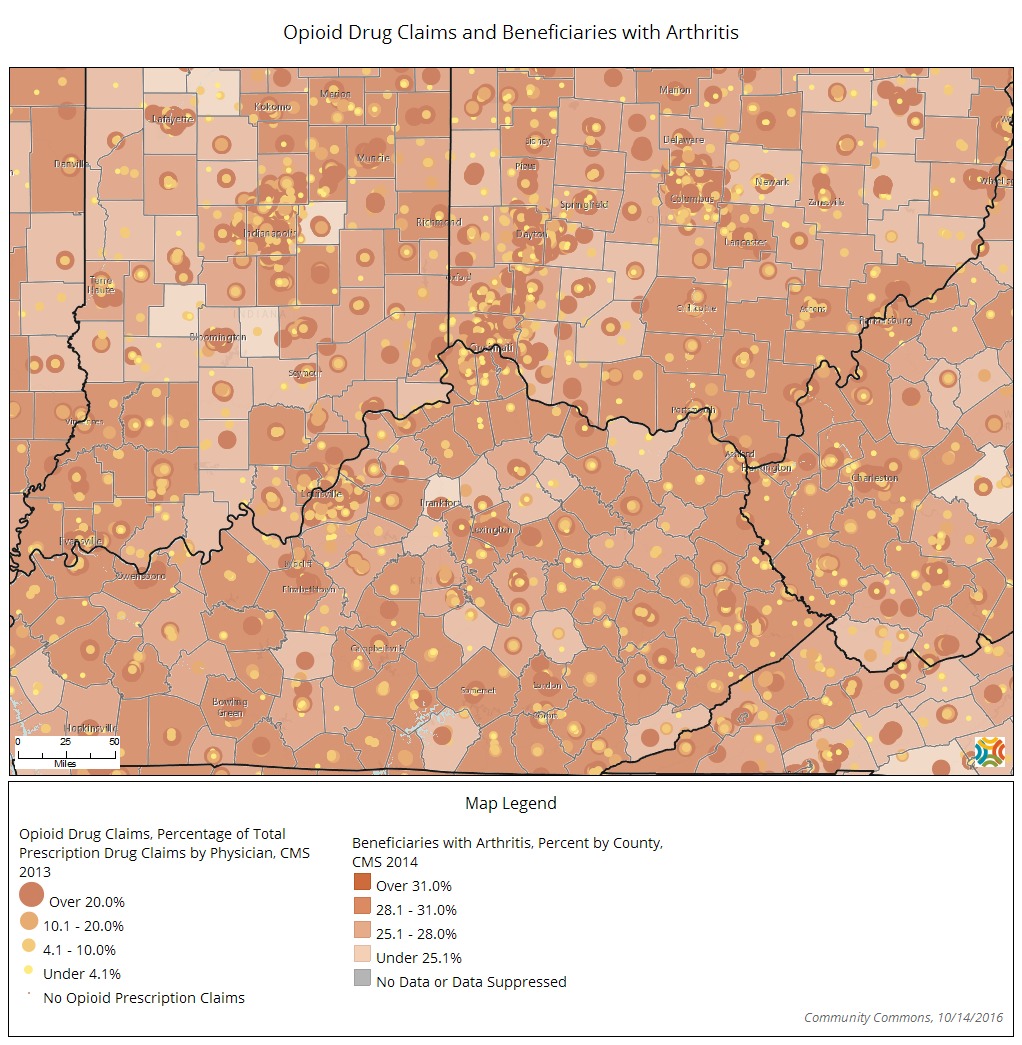 In August 2016, US Surgeon General Vivek Murthy set a historical first by mailing letters to 2.3 million health professionals in America- urging them to help  “turn the tide” on the opioid epidemic. He encouraged them to visit TurningTheTideRx.org, a website launched by his office where he asks clinicians to do three things:

The website offers resources that align with the US Department of Health and Human Services Opioid Initiative and National Pain Strategy.