Taxes on Groceries, Not Soda, Are Hurting Poor Americans

This post was originally written by Tove Danovich and was published on Take Part.  The original article can be found here.

Soda taxes are continuing to bubble up throughout the United States. After Berkeley, California’s soda tax brought in $1.2 million in revenue in its first months, cash-strapped Philadelphia passed a 1.5-cent–per–liter tax in June. In November, several other cities will vote on their own measures, including San Francisco (again) and Boulder, Colorado.

But while soda taxes have proven to be effective both in generating revenue and reducing sugar-sweetened-beverage consumption, not all taxes are created equal. New research suggests that taxing all groceries, as some states and counties do, puts additional pressure on food-insecure households. 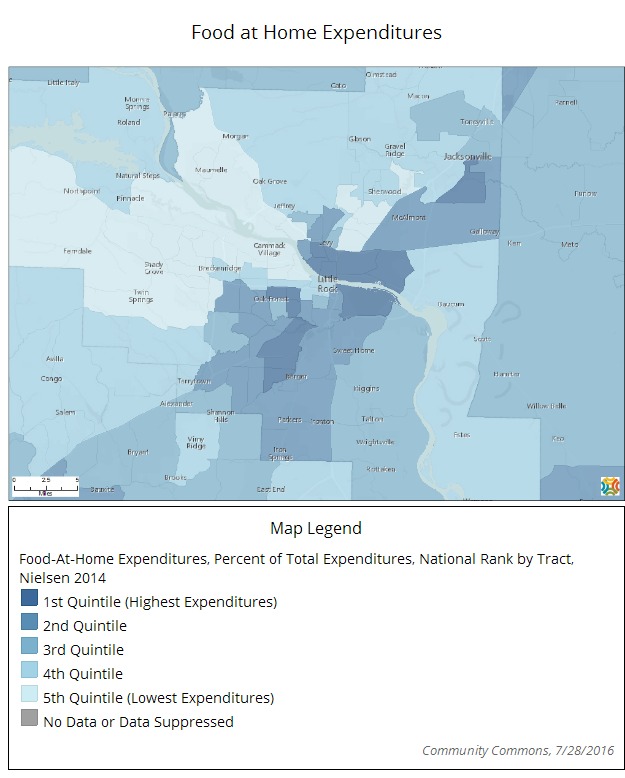 Sixteen states have a grocery tax at a state or local level. Such a tax can “cost families hundreds of dollars per year,” according to a recent paper called Do Grocery Food Sales Taxes Cause Food Insecurity? Researchers from Auburn University, Cornell University, and the University of Kentucky found that the average rate for these taxes was 4.3 percent. While an extra few dollars per grocery run may not seem like much, for people living off incomes at and around the federal poverty line—just over $2,000 a month for a family of four—a small cost increase is a big deal. A 2013 study found that a $10 increase in food costs for a household receiving benefits from the Supplemental Nutrition Assistance Program (as food stamps are known) can raise the prevalence of food insecurity by 2.7 percent. In January, 22.3 million households were receiving SNAP benefits. That small increase would mean an additional 602,100 households would face food insecurity even while receiving government assistance.

It may seem obvious that anything that raises costs could pose financial difficulties for people with little money to spare. Yet, lead author Norbert Wilson said, the argument in favor of grocery taxes is often that the tax is insignificant. But for families struggling to get by, what seems insignificant can look a whole lot different. As incomes rise, the percent of income spent on food shrinks. Only 13.4 percent of total income is spent on food among middle-income citizens, while the poorest spend 34.1 percent on food, or $3,667 per year, according to the USDA.

Food purchased with benefits from SNAP are tax-free, providing participants additional financial benefit in areas that have such taxes. “SNAP outreach could be a potential solution,” Wilson said of curbing food insecurity in places with grocery taxes. Only 85 percent of those eligible sign up for food-stamp benefits.

The three states with the highest levels of food insecurity, according to 2014 data from Feeding America—Mississippi, Arkansas, and Alabama—have grocery taxes in place. In Mississippi and Alabama, groceries are taxed at the same rate as the general retail tax—an approach that isn’t found anywhere else in the country. In 2013, West Virginia, which also suffers from high levels of food insecurity, ended its grocery sales tax even though it would cost the state $174 million in annual revenue, according to the Charleston Gazette-Mail. “For too long West Virginians have been burdened by a regressive tax on one of life’s basic necessities,” Gov. Earl Ray Tomblin said in a statement.

While limiting general grocery taxes is one way to help hungry residents, states could use grocery taxes to encourage healthy eating by taxing specific grocery items, namely junk food. The cost of produce often discourages people—especially those at the lower end of the income spectrum—from buying it, whereas filling, high-calorie items such as pasta or processed foods are inexpensive. Removing the blanket grocery tax and only taxing “unhealthy foods” could provide revenue to states while also encouraging healthier eating.

Grocery taxes are added at the point of sale, which does little to influence people’s behavior or choices. “You’re not thinking about it anymore and have already made your selection,” said Wilson. With soda taxes—which are charged to bottlers, who invariably pass the cost on to consumers—the increased price is seen on the item, and most junk-food taxes follow the same model. A 2010 article in the British Journal on junk-food taxes found that while the cost increases can be more harmful to low-income consumers, the same population is also the one who sees a highest benefit in health.

With soda taxes slowly gaining local support in the U.S., there’s the possibility that junk-food taxes could follow.

Tove K. Danovich is a food and agriculture journalist and a MA candidate in Food Studies at NYU. She is the founding editor of Food Politic: Journal of Food News and Culture. Her writing has been published in Civil Eats, Modern Farmer, Edible Brooklyn, and others.