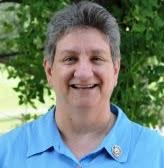 Over the last 5 years, MANNA FoodBank’s food distribution has increased from 7 million pounds annually to now, more than 15 million pounds. With food insecurity increasing across the country, foodbanks like MANNA must continually look for partnerships that help them get “meals on the ground” wherever needed in their 16 county network. In her AmeriCorps Vista position, Sandi Rice was tasked with identifying underserved areas in MANNA’s western North Carolina network. For the next 7 months Rice spent time creating census tract level data maps of children living in poverty and found that the data also correlated with child food insecurity rates. The result is an impressive series of maps that have not only helped MANNA identify underserved areas, but also help inform their decisions on what partners to reach out to in those areas.

Hi Sandi. Thanks for talking with us! Could you start off by telling us a little bit about MANNA FoodBank?

MANNA Food Bank is a non-profit organization that is affiliated with Feeding America, the National Food Bank Association, and MANNA FoodBank, is one of seven food banks in North Carolina. We’re located in Asheville, North Carolina and serve the sixteen western North Carolina counties. Buncombe County, which is where Asheville is, has about 250,000 people and it goes down dramatically after that, as far as counties are concerned. Last fiscal year – so 2014/2015, MANNA provided over 15 million pounds of food to those in need.

We serve approximately 240+ partner agencies in those communities- most of which are food pantries and other food sites, whether it’s a soup kitchen or a senior center that provides assistance to low-income individuals and families.

Can you talk some about food access issues in your region? What populations are most impacted by food insecurity?

Well, in North Carolina, what we’re seeing are people who are at 185% of the poverty level and that in particular, are families with children who qualify for FNS, food stamps, SNAP- also poverty among the elderly, 65+. But rural communities have those living in extreme poverty. We have one entire county, Clay County, where the childhood poverty for the entire county is above 55%.

Is that just due to lack of good employment opportunities, low wages?

Yes. Rural communities in western North Carolina are not industry hubs. There have always been rural farming communities where people were self-sufficient; most were farmers. And it hasn’t changed much in several decades.

So would you say you have seen an increase in food insecurity in the regions MANNA serves or about the same?

MANNA, as far as food insecurity and demand, is like many other agencies serving those who are dealing with food security issues since the 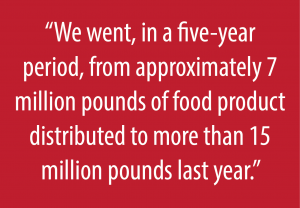 economic downturn in 2008; things really got difficult for many people in our service area. And there just hasn’t been a pickup among lower income individuals regaining or rebounding as quickly as some others might have. In the last five-seven years, MANNA has doubled its output of food. So we went, in a five-year period, from approximately 7 million pounds of food product distributed to more than 15 million pounds last year.

Can you talk a little bit about your role with MANNA FoodBank and how you’ve used Community Commons to address food insecurity?

I was finishing up my Masters in Public Health and needed an internship and was fortunate because MANNA had an open position for an AmeriCorps Vista position which allowed me to do some capacity improvement work, as well as my capstone project with MANNA. What MANNA
wanted to see was where were the areas of need across the 16 county- network that were underserved or not served by the MANNA network. So, that was the beginning of me working on capacity improvement and my capstone project and was able to do so using Community Commons. The data that you guys provide, along with statistical programs, brought several key areas of need to light.

In school, I was able to do something really incredible for MANNA FoodBank. I was able to correlate childhood food insecurity and childhood poverty numbers for our network so that we could drill down from the county level for the 16 counties we serve. Now MANNA has a tool that allows them to look at census tract level data in each of the county’s service areas, and make more informed decisions about resource allocations. 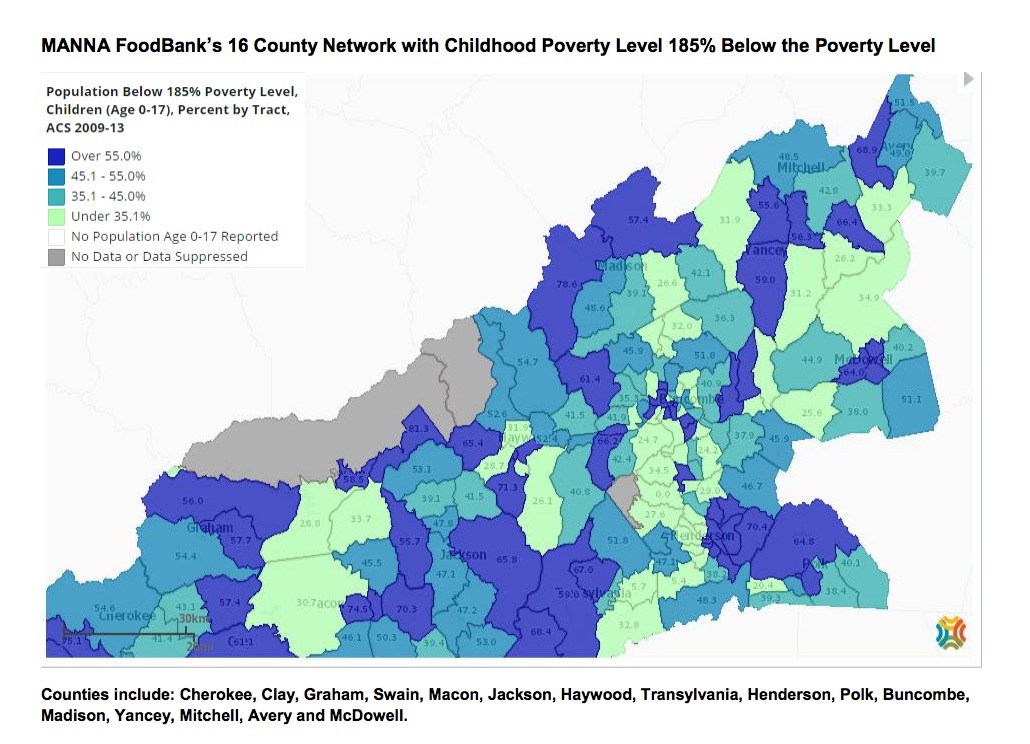 Explore the service area data maps in more detail by clicking the image.

That’s wonderful! Sounds like you’ve really been able to maximize the potential of Community Commons’ tools.

It’s huge because here in Buncombe County, the childhood poverty rate is approximately 25%. But when you start drilling down into the census tract data, looking at the poverty level you get an entirely different picture. Those numbers are correlated; the poverty level will correlate with childhood food insecurity level. So in my neighborhood, which is a fairly middle class, working class, mixed neighborhood, the childhood poverty rate is 74%. You look at that and you go ‘oh wow.’ The childhood food insecurity rate for Buncombe County is 24.9% but if you use that corollary data, you know it’s much different.

Has this had any impact on how MANNA identifies and connects with partners? 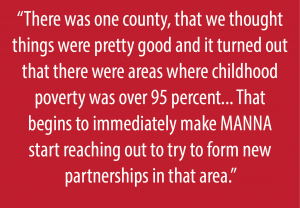 county network and chart underserved areas where we don’t have a current partner or where there’s not enough service provided in low income areas.

There was one county, that we thought things were pretty good and it turned out that there were areas where childhood poverty that was over 95 percent. It just showed the organization that there was a whole section where there were no MANNA network partners serving that community. So of course that begins to immediately make MANNA start reaching out to try to form new partnerships in that area. It is a higher priority right now.

We actually shared some of what I was able to do and access in Community Commons with the other 6 food banks, just to let them know what capability is out there. 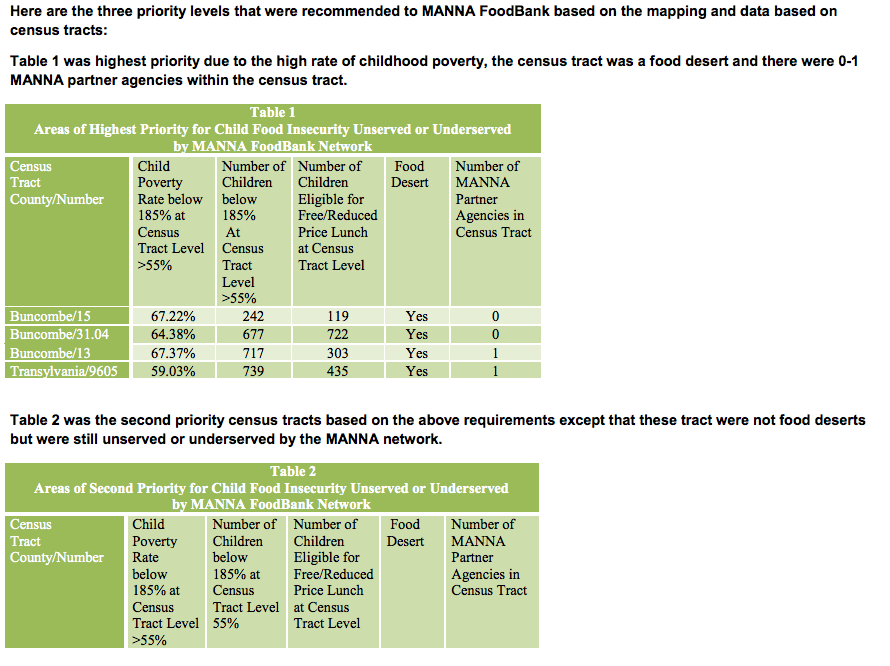 What would you say the main strength of using Community Commons is?

For me, as a non-computer person, I was going to try to teach myself GIS through ARC or something like that and that just wasn’t happening for me. I’m a nontraditional student in that I am 51 years old and I am not writing a code in any way, shape, or form. So being able to use Community Commons was so applicable and so common sense that it was just easy to go and pull those statistical maps and go ‘oh look at that’ and you know here’s the tools for mapping, making sure we get to map the 16 counties in the agency network. It was user-friendly. A lot of it you could get down to that tract level data for poverty, which was important for me for my correlation. So, for me, Community Commons was just a beautiful tool that I could not have done my research without.

Sounds like you’ve definitely done some incredible things with it so far.

I hope to do more, I really do. I want to do more for the agency. Right now, I’m working for them in 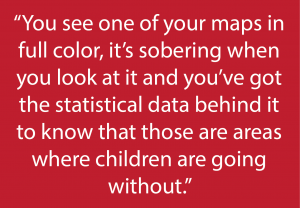 a contract position doing something entirely different but people keep coming back to me saying, “Hey listen, we’re writing this grant…” The agency has really been excited about this capability, especially our resource development department. They’re very happy with the imagery that Community Commons is able to produce. You see one of your maps in full color, it’s sobering when you look at it and you’ve got the statistical data behind it to know that those are areas where children are going without. It’s just so beautifully, even sadly, but a wonderful tool.

One of the things that I’m hearing is that this has really increased your understanding of the community. Has it increased your efficiency or has it changed how you actually implement any of your programming?

As an agency, we have been going through a capital campaign-building project so we’re moving into new space. There hasn’t been an incredible amount of time to look at how to best utilize the information that we have gained and gathered and put together. But I know for one instance it was able to identify an area where there was a great need and the agency went out to look for a partner to be able to help address some of that need in that community for the children.

I am very interested in that correlation data that you guys calculated out because I think there are other youth cases that might benefit from that.

What I would love to see and I’m thinking about it from the Food Bank standpoint, but I sure would love if more food banks would be able to work with graduate schools to be able to do this kind of statistical analysis. To be able to pinpoint areas within county levels and state levels, to be able to drill down and see what local level data looks like and direct those that need numbers.

I am going to be presenting at a public health conference in the fall and one of the topics for the conference is innovation and public health and how you use innovative techniques in public health to find public health needs and I was asked to present my research. I would love to see more people utilizing this kind of data on a regular basis because it just makes sense.

It was so funny because last fall I was trying to find the best way to map the data that we needed and I was beating my head against the wall and one of the staff here just happened to mention Community Commons after a workshop. She said something about maps and gave me the website for Community Commons, and that’s how I got your website, and when I did it was like the choir began to sing. It required some effort to plot specific points on the maps, but it was a 99% satisfaction on my part by being able to use it as effectively as we have and moving forward as an agency, having people’s interest and being able, instead of an Excel spreadsheet. Being able to do the mapping, it’s much more of an effective tool.

What’s great is that you’ve created a framework other food banks and community organizations can learn from. What’s the most significant impact your research and the tools have had on the work MANNA does?

MANNA FoodBank now has access to areas that they didn’t know about- where the need is great and that correlates; I mean that literally turns into meals on the ground. That means children are getting fed that might not have had access to food before someone used the data and intervened. 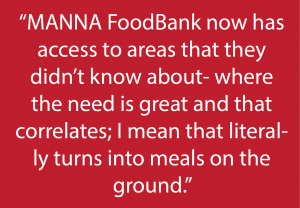 That’s huge! Being able to show someone, here is where your agency is located and this is the area around it, 86% of the children here are living in poverty and food insecure. And someone said, “Well I knew it was bad but I didn’t have a clue it was that bad, we have to work harder.” It’s that anecdotal kind of feedback we’ve gotten just in the last couple months.

What I would love to see in Buncombe County is more people working together with technology, like Community Commons, to really address those core issues, those underlying issues. Hunger is a symptom of a greater issue, which is poverty.

Over the course of a few weeks to a few months, we will have new partnerships that will literally mean children are being fed. I cannot think of any greater compliment to give your group than to say, “Because Community Commons exists, children are being fed in Western North Carolina that weren’t being fed previously”. So, thank you.