For Latinos, Access to Healthy Foods Can Be Sporadic

The following was published on bread.org by the National Council of La Raza

Healthy food choices are much easier to make in a supportive food environment—where healthier foods, such as fresh fruits and vegetables and foods that are less processed, are available and affordable. Too many Hispanic families do not live in a supportive food environment. Counties with large Hispanic populations have a greater proportion of people with limited access to grocery stores (29 percent) than other counties do (21 percent). Latino children and low-income people are at particular risk (see figure to the left).

In a national survey, more than 10 percent of Hispanics reported difficulty in accessing affordable fresh fruits and vegetables—a higher rate than any other racial/ ethnic group. The survey also found that access to fresh produce is linked with better health: people who reported that they were in poor health were four times as likely to face access barriers as people who said they were in excellent health (20 percent vs. 5 percent). 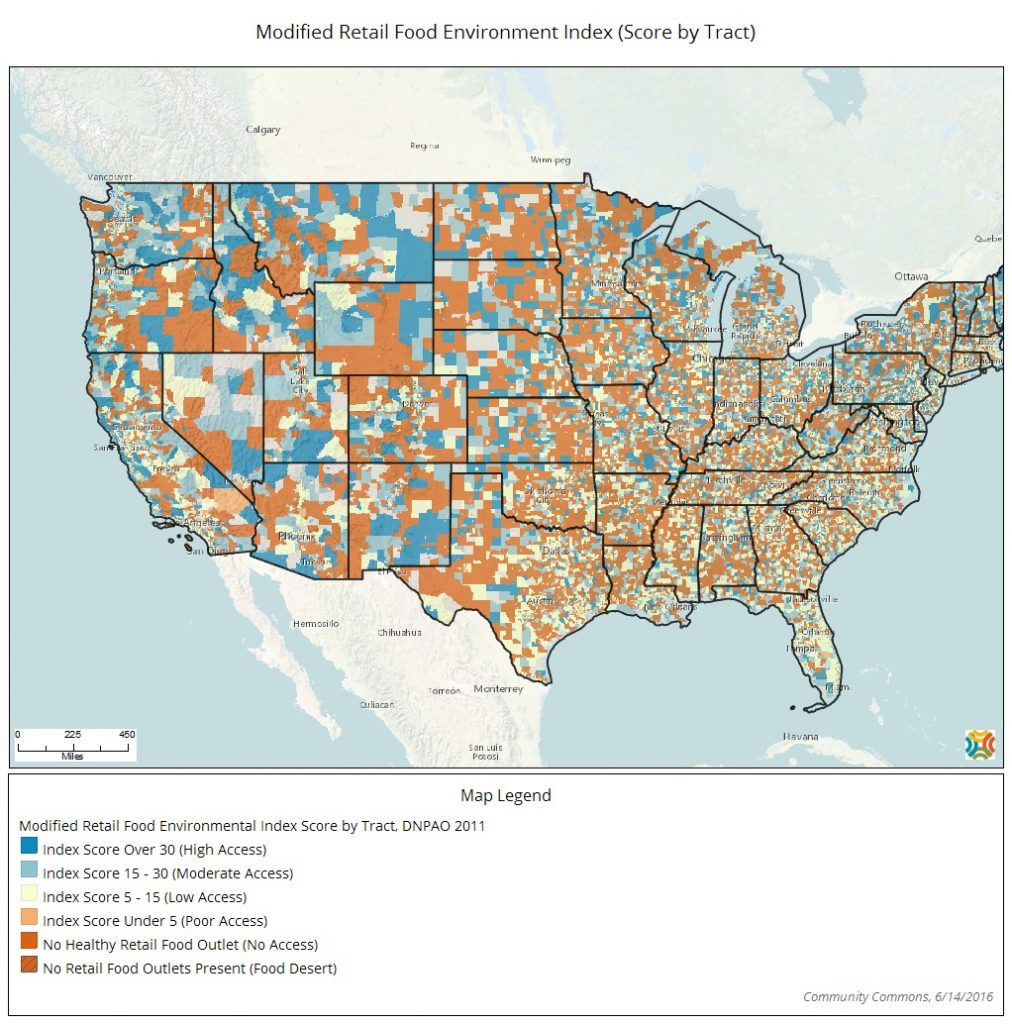 Hispanic neighborhoods, particularly those in nonurban areas, have almost one-third fewer chain supermarkets but more convenience stores than non-Hispanic neighborhoods. Better access to chain supermarkets has been associated with lower adolescent body-mass index (BMI) scores and lower rates of overweight. Greater access to convenience stores, in contrast, has been associated with higher BMI and frequency of overweight. Latino children have high rates of overweight and obesity and are consequently more likely to develop largely preventable diseases such as diabetes. All signs indicate that any discussion of public health should include a look at the local food environment.

The National Council of La Raza—the largest national Hispanic civil rights and advocacy organization in the United States—works to improve opportunities for Hispanic Americans. This story originally appeared on page 26 of the 2016 Hunger Report: The Nourishing Effect.