Mapping the Impact of Rising Rents

The Shift Towards Renting

Demand for rental housing is at its highest since the 1960’s- and home ownership at a 48-year low. While home ownership is still more affordable than renting in many U.S. markets, it is not an option for individuals or families who do not qualify for loans, have incomes that are too low, or are saddled by debt like student loans. In 2008, a quarter of rental applicants were paying off student debt, by fall 2015 that number had risen to half.

With high-income earners forgoing home ownership, increasing urban populations, baby boomers downsizing, and the housing crash fresh in the minds of would-be homeowners, vacancy rates for rentals are at an all-time low. And with that comes ever increasing rent costs.

Affordable rent is considered less than 30 percent of a household’s income, though today, most rents surpass that. According to the National Low Income Housing Coalition’s 2016 Out of Reach Report, U.S. renters need to earn an average of $20.30 per hour to afford a modest two- bedroom apartment- the average wage of a U.S. renter is $15.42. 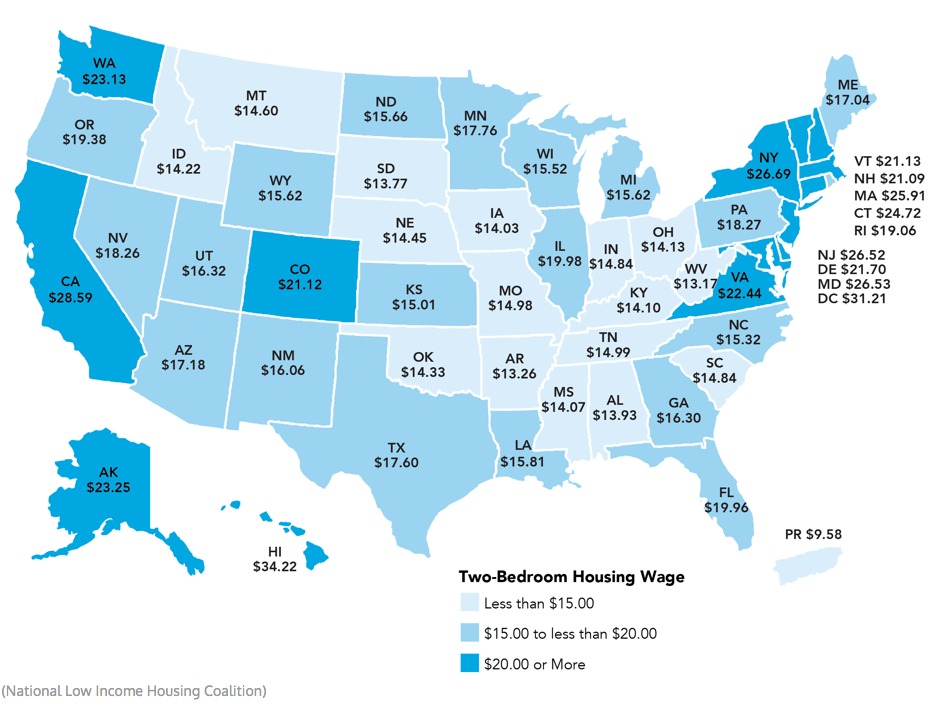 Click the map to view report and other graphics

But let’s take a closer look at it this way, too:

Unaffordable rent is a critical issue millions of Americans face. These severely cost-burdened households are a critical issue for the U.S. as well. With more and more of workers income going towards rent, less and less is being spent in the market. The Out of Reach report also found that families who spend more than half their income on housing spend 50 percent less on clothing, one-third less on food, and 80 percent less on medical care compared to those with affordable rent. 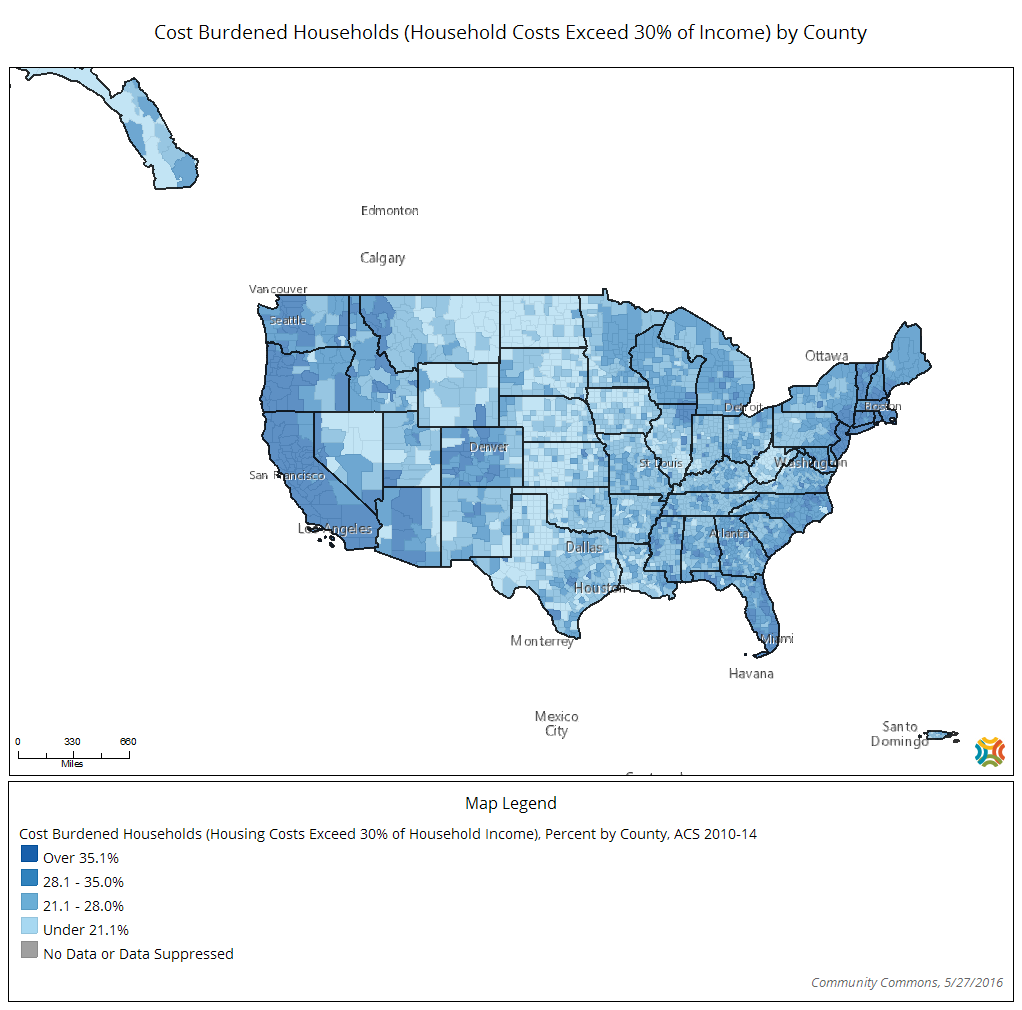 It’s interesting to note that when we look at labor force participation, it seems to be worse in many areas that have more cost-burdened households and higher rents.

More “Low-Income” Housing is Not Always the Answer

As long as higher-income earners are willing to pay high prices, there will continue to be a shortage of affordable apartments. With federal housing funds cut in half over the last 10 years, and fewer families qualifying for rental subsidies, the shortage will remain. Though building more “low-income” housing (via tax credits to developers) often seems to be the go-to solution, that in fact has shown to be not only ineffective overall, but actually more expensive than simply increasing the purchasing power of renters.