How Are We Handling Mental Health Care in the U.S.?

There are many challenges to discussing mental health.  It’s an issue that touches millions of people, regardless of age, race, or socioeconomic status. It manifests itself in just about as many ways. Yet when it comes to caring for those who suffer from mental illness, the U.S. has serious ground to make up.

Furthermore, we are seeing a startling  increase in suicide among certain groups. Rural teens are two times more likely to commit suicide than their urban contemporaries even though the rates of mental illness are relatively similar when comparing the two. This “Silent Epidemic” is discussed in depth by Dr. Cynthia Fontanella, here.

The issue extends beyond teens to American Indians, middle-aged white women and even 10-14 year old girls. When we look to rural areas, especially those with tribal and native lands, we see that people report a higher number of poor mental health days (per month) compared to other parts of the country. 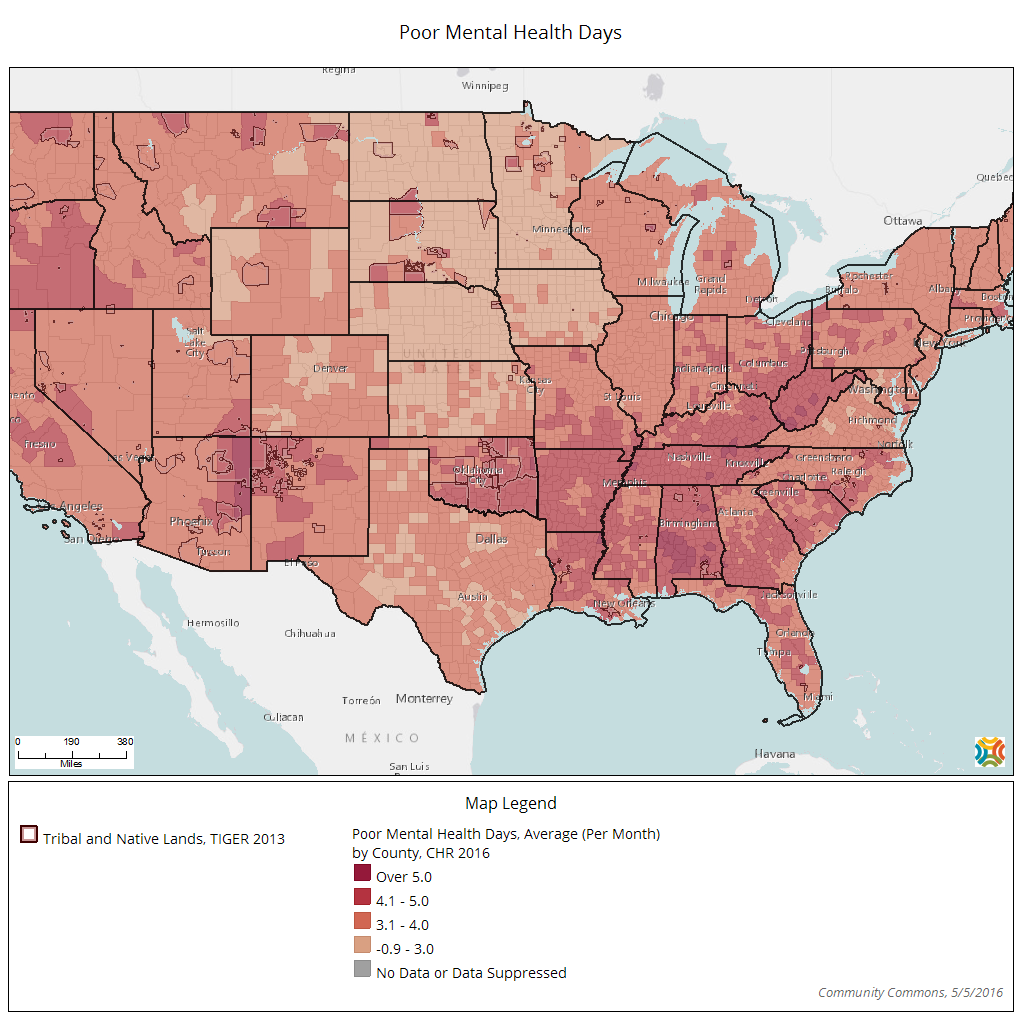 So, what’s happening? Why are we seeing these steady increases in mental illness and suicide? Sociologists attribute economic stagnation, feeling hopeless, social changes (i.e. rising divorce rate), and social isolation as major factors. The effect is felt especially hard among American Indians and low income whites in rural America, where chronic disease, poor job prospects, no or limited health insurance, and split families are becoming more common. With these compounded problems, many view the “American Dream” as not only out of reach, but see any upward social mobility as a pipe dream . Additionally, the fear and stigma associated with mental illness keeps many from seeking treatment. Though with the inaccessibility and unaffordability of many effective treatment programs, it would be a major hurdle to overcome if treatment was sought. The result?  Self destructive behaviors like substance abuse become all too common. 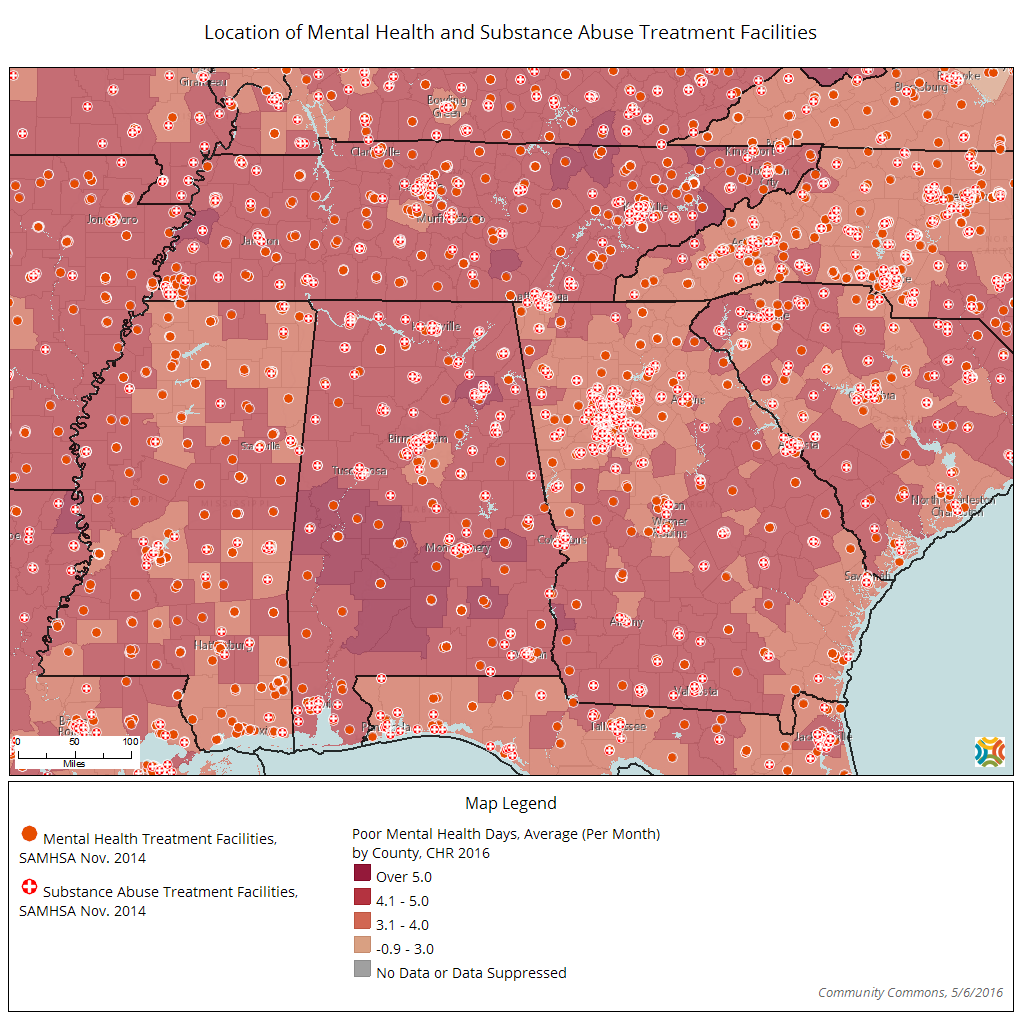 What’s the problem with mental health treatment in America?

Access to skilled mental health professionals in rural areas is much lower compared to other medical services. Poor physical access is one thing, but the cost barrier is another. Finding in-network mental health care providers, high deductibles, co-pays and expensive medications can be an exhausting challenge for those with insurance to overcome. Imagine it for those without insurance. Mental health care is now covered under the Affordable Care Act, but there are still huge state-by-state disparities that make coverage complicated. Still, 4 percent of all hospital visits are for behavioral health needs. In 2012, the U.S. spent $11.4 billion in payments  to medical centers that had patients unable to cover cost of care.

And while effective treatments exist, integrating them into our health care system is an ongoing challenge. This, coupled with many states paring down mental health services, has left millions of Americans to fall through the cracks of a broken system. In an article for USA Today, child psychologist and Representative Tim Murphy R-PA said,  “We have replaced the hospital bed with the jail cell, the homeless shelter and the coffin. How is that compassionate?” Essentially it comes down to health insurance companies’ and states’ political will to care for this country’s vulnerable populations.

The current state of mental health treatment is a costly one, not just for individuals, but for the country. Mental illness costs the U.S. roughly $444 billion dollars annually due to disability payments, medical care, and lost productivity. That does not factor in the costly expense of cycling those with mental illness in and out of jail and homeless centers. The way we care for those with mental illness now, is far more costly (financially and socially) than it is to simply care.

For a closer look on the current system’s impact on families, check out The Guardian’s series, “America’s mental health care crisis: families left to fill the void of a broken system“.

To learn more about mental health, find support, or to learn how you can help raise awareness, visit National Alliance on Mental Health (NAMI).