Air Pollution: A Trigger for Obesity and Diabetes

We know air pollution is linked to cancer and respiratory diseases, but can it also increase your risk for obesity and diabetes? That’s what the latest research from The Official Journal of the Federation of American Societies for Experimental Biology suggests.

In a study out of Duke University, researchers analyzed rats who were given the same diet and exposed to either samples of Beijing’s polluted air or to filtered air for 19 days. Rats exposed to the polluted air were found to have 50% higher bad cholesterol levels, 46% higher triglyceride levels, higher insulin resistance, and male and female rats were heavier (18% and 10%, respectively) than rats exposed to filtered air.

All of the conditions experienced by the rats breathing polluted air are factors that can lead to obesity and diabetes.  One of the study’s researchers, Junfeng “Jim” Zhang, a professor of global and environmental health at Duke University and Duke Kunshan University explained why this matters to humans in a recent press release:

“Since chronic inflammation is recognized as a factor contributing to obesity and since metabolic diseases such as diabetes and obesity are closely related, our findings provide clear evidence that chronic exposure to air pollution increases the risk for developing obesity. If translated and verified in humans, these findings will support the urgent need to reduce air pollution, given the growing burden of obesity in today’s highly polluted world,” said Zhang.

Given the new evidence that air pollution may contribute to obesity, it’s important to consider which populations are most affected. While urban areas have gotten a lot of the spotlight as highly polluted areas, there have been some improvements.  In fact, after the Clean Air Act (1970) was adopted, the six main pollutants monitored by the Environmental Protection Agency have dropped 69% in aggregate. To what is this success owed?  Urban areas have cut down on harmful emissions from factories by implementing clean technologies and introducing cleaner fuels and engines. These changes have benefited urban areas, however rural air pollution is often overlooked. Rural America is exposed to pollutants from natural sources like coal fires, forest fires, and dust storms, but also toxins from man-made sources like insecticide/pesticide sprays, diesel-fueled machines, biomass fuels, cigarette smoke, and “trans pollution”, or pollution that is carried by wind from urban to rural areas.

When you look at the concentration of Fine Particulate Matter (PM 2.5), one of the six main pollutants the EPA monitors, many urban and rural areas are afflicted with high average concentrations. Rural areas from Idaho to West Virginia see not only higher concentrations, but also experience a higher percentage of days above the National Ambient Air Quality Standards (NAAQS) for some of these pollutants. 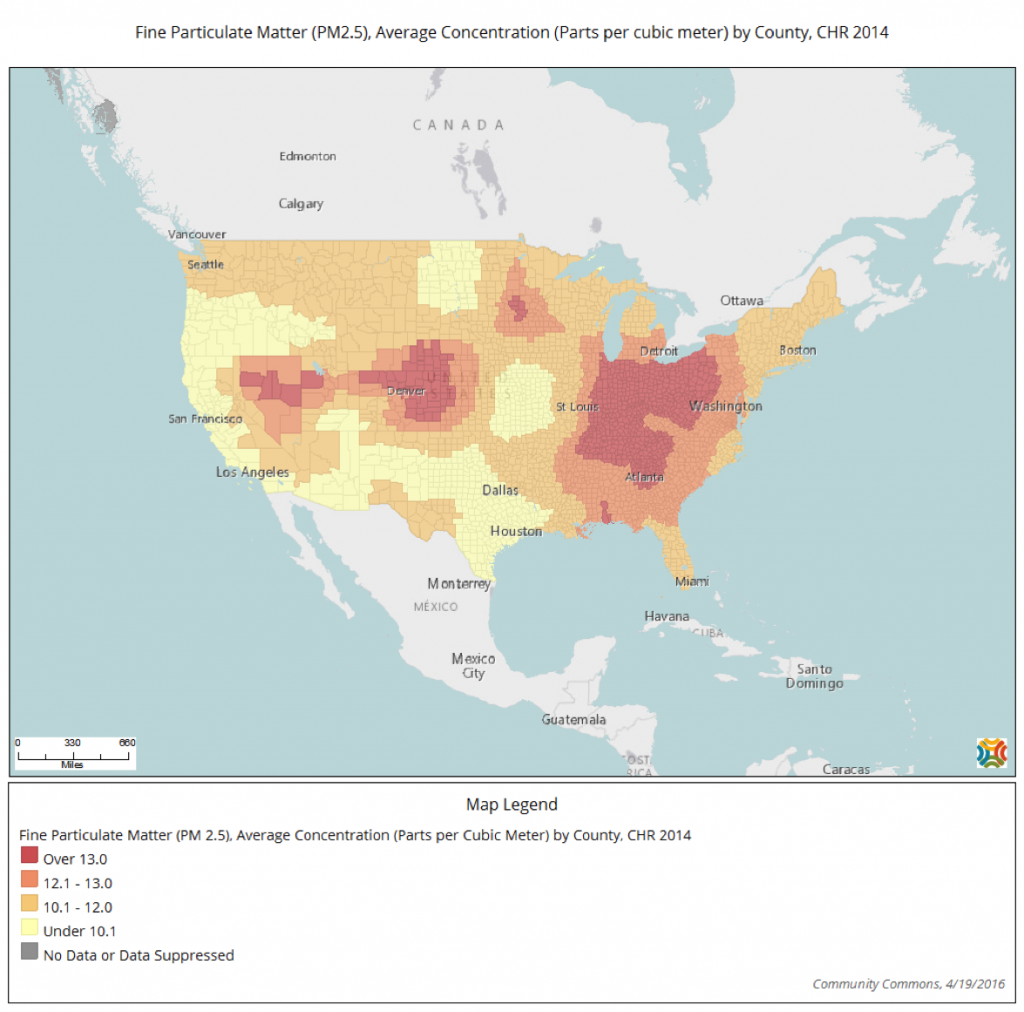 Moving forward, it is important  to not only study the impact of air pollution in urban areas like Beijing or Los Angeles, but also rural parts of the U.S., where chronic diseases like obesity and diabetes are especially prevalent.

Diabetes and obesity in rural America

Eighty-six million Americans have prediabetes, but 90 percent of them don’t know it.  There are a number of genetic factors that can contribute to diabetes, but behaviors like unhealthy eating and physical inactivity increase the likelihood of prediabetes progressing to type 2 diabetes (and obesity). The hardest hit areas are in rural America. Arkansas, West Virginia, and Mississippi have the highest rates of obesity while West Virginia, Tennessee, and Mississippi have the highest rates of diabetes. 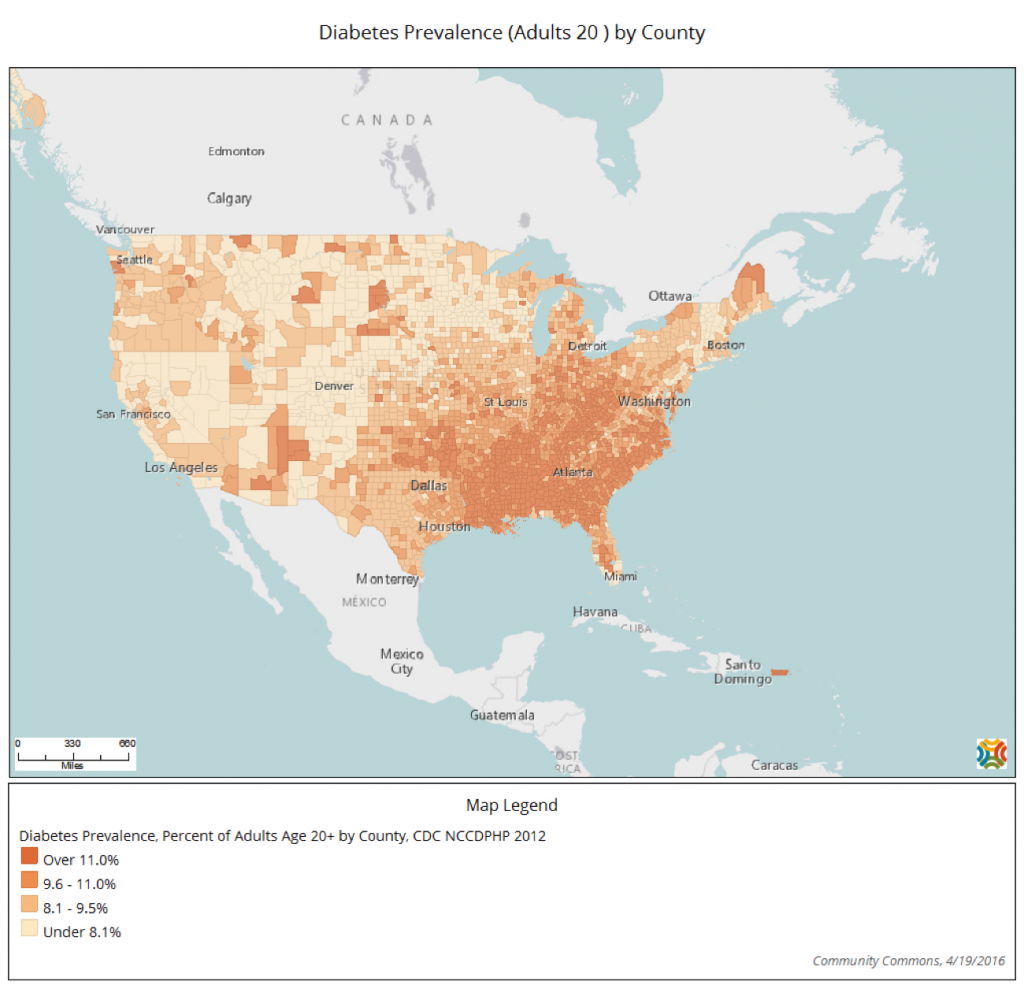 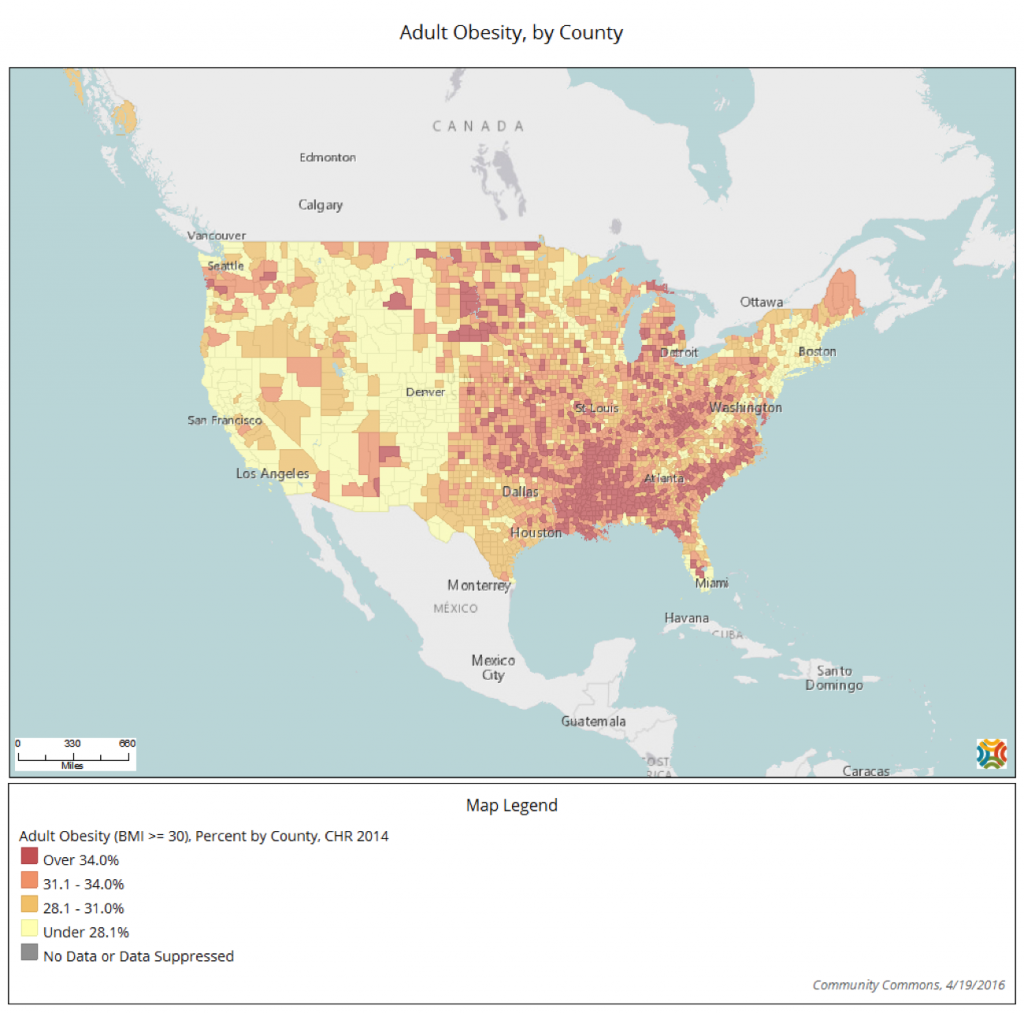 These barriers coupled with chronic exposure to air pollutants, exacerbates health issues people in rural communities already face. That’s why the findings out of the Duke University study add an important discussion point to the ongoing conversations about preventing and managing obesity and diabetes in urban and rural communities.