Today, Community Commons has more than 30,000 members. Whether it’s sharing information on community development projects or creating maps and reports for a grant application, our users find the resources, tools, and collaborative community on the Commons invaluable to their work.  One of our most active users, John Bilderback, has used Community Commons’ 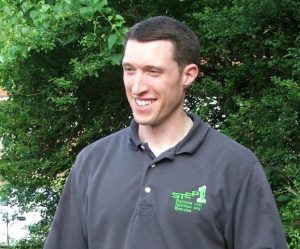 tools for projects since 2009. As the program manager for the Step ONE Program at the Chattanooga-Hamilton County Health Department in Tennessee, Bilderback uses the Commons’ mapping and reporting tools to write grants, provide community insights to clients, and to launch initiatives like the Chattanooga Mobile Food Market. Below is our interview with Bilderback on how he uses the Commons and where he sees data visualization technology going in the future.

Thanks for speaking with us, John. Could you tell us about the work you do in Hamilton County?

We work to create a culture of health in Hamilton County where residents choose to eat healthy and be physically active. We do that by identifying barriers to healthy eating and physical activity, whether that be food deserts or access to parks. We work with partners on developing programs they can provide in their neighborhoods, and we also assist with grant writing.

We’re a typical southern city but we have quite a few advantages a lot of cities of similar size do not have. About 30 years ago Chattanooga started to focus on urban redevelopment. I don’t believe it was for health related reasons as much as it was a focus on development. The city developed the river walk and the river park and then began adding places for people to congregate in green spaces. It’s a very forward thinking county and city in terms of those important assets that people can take advantage of without it being an added cost or burden on their finances.

Sounds like Hamilton County has always found innovative, cost-effective ways to improve the community. Why do you choose to use Community Commons’ for many of these projects?

Back in 2009 we were awarded a Healthy Kids Healthy Communities grant from the Robert Wood Johnson Foundation. I’m a visual person and I had already been using various mapping sites, but they did not have as many user-friendly tools and they weren’t quite as flexible and did not have the really expansive data repository that Commons had. So for me it kind of helped answer a lot of the basic questions we get from community members like “What does my neighborhood look like?” or “What are our specific issues?”. Data can limit a lot of things, but there are ways to utilize it to help people get a better idea of what their neighborhood looks like without just pulling numbers off the top of your head.

We’re a metro health department (332,000 in Hamilton County and 170,000 in Chattanooga) so we keep a significant amount of data, but in general we get quite a few requests from non -profits where they are looking for specific numbers for a grant -writing project or a report. We will share the site with them and utilize to help pull together the current data. It is very convenient in terms of not having to go to 10 or 12 different locations and download through other methods. It’s so much better to be able to go on there, figure out the geography, and just be able to download what you want without sifting through thousands of lines.

Do you use any other features on Community Commons?

The reports are very nice. Being able to confidently identify a couple census tracts as a target area for partners or for ourselves on a grant. We can be at community meetings and questions will come up about comparing different parts of town and do we have a similar distribution of green space and we are able to dive in without spending a lot of time to find some general direction answers. For most of what we do and for our partners’ requests, they want to go in a general direction with confidence so the reports are very helpful giving a wide range of different measures. I think a lot of the socioeconomic measures can be very helpful in terms of targeting geographical space. Our county is one of the largest counties, by size, in Tennessee, so the topography info that’s been added in over the past few months has been very helpful in terms of looking at walkability. It’s a very useful tool and I’ve tried to promote it as much as I can.

Thanks for the promotion! In terms of the data (and there’s A LOT), how have you used it for projects you are working on?

Over the years I’ve amassed quite a database of both parks and green ways, food access, bloc level data and so we have used that to estimate our target population, locations to target, and come up with some specific numbers for grants. We have a lot of pre-measures in terms of half -mile radius of parks and food access at the bloc level. We would not have been able to have this information had we not been using the Commons. 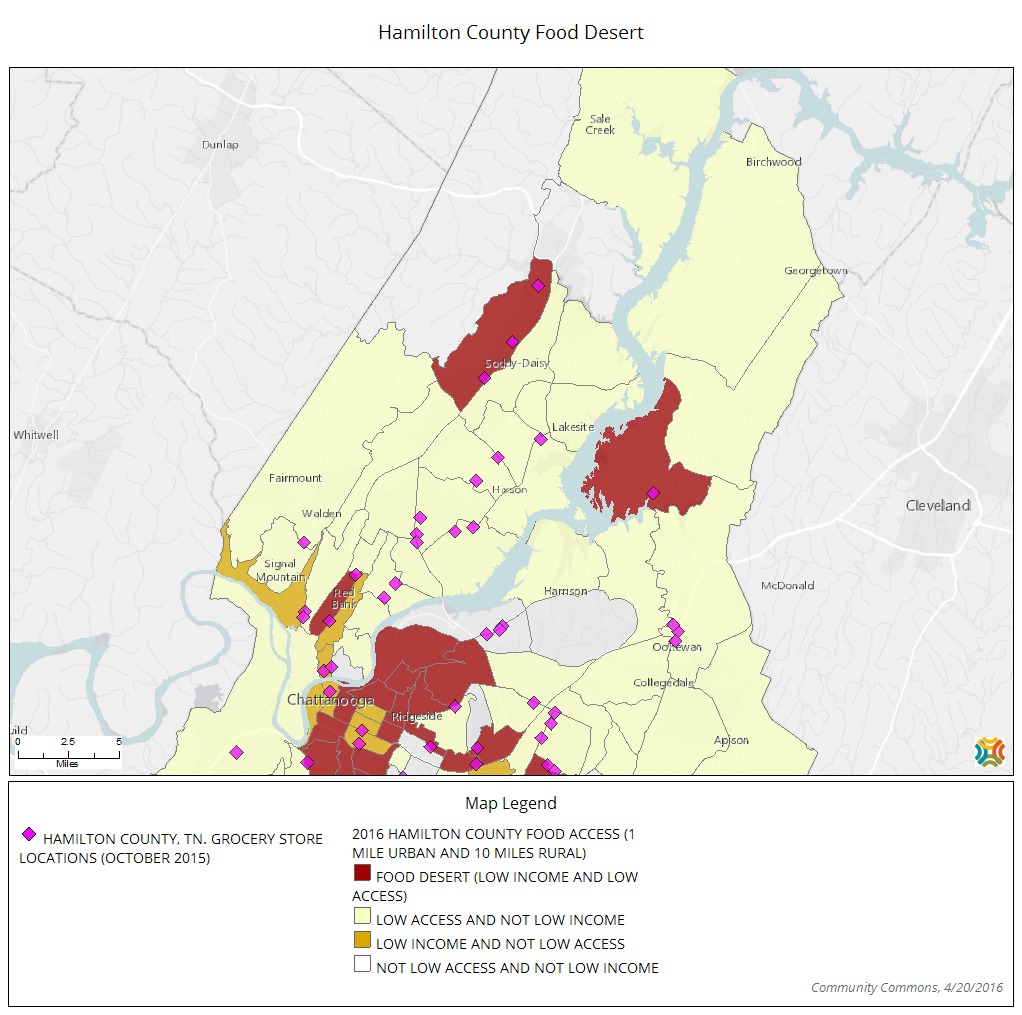 For our garden project we’ve got a Teaching Garden and we can map gardens across the county and layer over food deserts, so it provides people with an instantaneous visual.

With the Chattanooga Mobile Market we used Community Commons to really access and identify locations when we were developing the mobile market. We focused specifically on the neighborhoods with community members we had engaged with and a lot of the marketing was word of mouth. Doing work like this with a grant and you all (Community Commons), word’s gotten out about what we’re doing. Even after the Robert Wood Johnson Foundation grant we’ve done a good job of figuring in a sustainability plan. The YMCA has adopted the market as part of its mission and regular programming it operates. We’re proud partners with the Y.

Overtime you start to build a pretty good set of data that can make grant writing much easier and it allows you to identify the theme you want for the grant that’s in line with what information is being requested for the grant much easier. I’m using it now!

See how Chattanooga Mobile Food Market got its start in the video below.

Data visualization tools have been around for a long time, but it seems like it is becoming much more widely adopted in public health and community development initiatives. Where do you see it going in the future?

You guys have done a good job of making the interface simple. I think as it gets even more streamlined it could go to handheld phones and do geocoding while you’re out on the road and build a map at the same time. For instance with our parks, the maps we have built, to be able to hop on your phone and say hey let’s go to park with the family and then it’s there instantaneously, you can see parks near you and their offerings.

You’ve got all this info at your fingertips. So from a professional standpoint it’s only limited by the creativity of the people out there using it. So what Commons is doing in meshing a social media platform with a web-based GIS system, you’re creating the laboratory for a lot of this to be done. I don’t have a professional training in GIS systems, but I have a much greater level of comfort using the tools and the ways Commons have it set up, to know that I’m not going to be overstepping the validity boundaries of the data. If I have question’s there are videos to help and I think as interface gets more simple, you’re going find more and more people using it.

I think as non profits start to comprehend what Commons is and how much free information is out there, that’s going to make the quality of the grant writing better and ultimately the program much better and it opens a level of transparency that is important for all organizations.