Make Schools the Center of the Community

The following was published at Urban Wire and was written by Jasmine Simington.

Traditional schools are failing our most vulnerable students, who often face multiple barriers, both inside and outside of the classroom, to strong academic performance. Hoping to start closing the income achievement gap, some schools, like those in Prince George’s County, Maryland, are introducing a community schools model to meet students’ multifaceted needs.

The community schools model turns neighborhood elementary, middle, and high schools into the core of the community life, rather than just a space for academic learning. Through partnerships with various community organizations, the school becomes a resource for community members to address their educational, physical, social, and emotional needs. This holistic approach to the learning environment targets the out-of-school barriers that children face by remodeling the school into a multidimensional space to improve overall student well-being.

The program in Prince George’s County, called Transforming Neighborhoods Initiative @ School (TNI @ School), is a partnership between the Prince George’s County Public School district and Prince George’s County Government that launched in 2012 and targets 30 of the county’s most vulnerable schools. (The Urban Institute is working with Prince George’s County to inform implementation and evaluation of the new initiative.) TNI @ School has partnered with providers focused on behavioral health, mentoring, after-school enrichment, college and career readiness, positive youth development and intensive case management, as well as food banks and county government agencies to bolster the school as a meaningful support system and create better avenues for families to access different resources. The program has already served over 3,500 students since its inception.

One of the program elements that sets TNI @ School apart from other community school models is the Community Resource Advocate (CRA), a school-based coordinator who is an employee of Prince George’s County’s Department of Social Services (DSS). The CRA connects students and families to DSS resources or other supports, including helping families to sign up for healthcare under the president’s new health care laws or helping students meet their daily needs. In a recent Urban-led focus group, one CRA recalled purchasing shoes for a student who needed them:

It’s not typically a problem [if students come back to school with the same shoes]. But they didn’t fit. He was walking on the back of his shoes. He tried to play it off as if it was a new style. The positive is that we are there for the kids and the parents know that we are there. You don’t have to go home to call someone, you know there is a [CRA] that can help.

Community schools are place-based strategies, not prescriptive models, so the partnerships and programming are intentional and tailored to the population. This flexibility allows schools to continuously improve their community-oriented model. Research around the community schools model shows that they successfully improve attendance and academic performance, and increase parent involvement.

By making the school a hub of resources for students and the surrounding community, there is no such thing as “outside of school.” School becomes a part of the community such that students never really leave its purview. 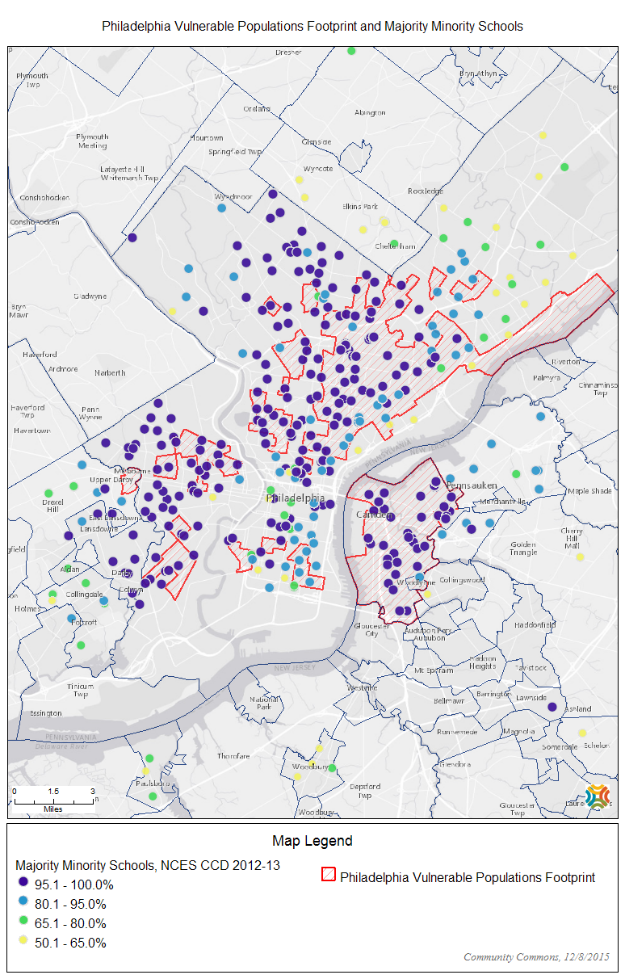 Traditional schools compartmentalize children’s lives by prioritizing academic success above their socio-emotional needs. Community schools acknowledge that students cannot perform well in the classroom if their lives outside the classroom are chaotic. By focusing on the whole student, community schools better prepare graduates for higher education and the workforce. Communities with large populations of disadvantaged students should be actively exploring and implementing solutions like community schools as a way to close the income achievement gap.

Jasmine Simington is a research assistant in the Urban Institute’s Metropolitan Housing and Communities Policy Center. She works on projects for the Neighborhoods and Youth Development initiative and focuses on research surrounding neighborhoods and schools.