This is the third in a three part series by Jay Walljasper that discusses walking as an equity issue and how to address it. Read parts one and two.

Not all low-income families and people of color live in cities, of course. Suburban residents now outnumber those living in cities among African-Americans, Latinos and Asian-Americans.

More poor people live in suburbs today than in cities, too, and often experience even greater problems because of spotty public transit, lack of sidewalks, wide streets with few pedestrian safety measures and greater walking distances to destinations.

Almost 20 percent of the population of Richmond, a suburban city of 100,000 in the East Bay region of California, live below the poverty line. The city’s struggling Iron Triangle neighborhood—which is approximately 2/3 African-American and 1/3 Latino—has long suffered from poverty and high crime rates, says Dan Burden, a walkability expert at Blue Zones, who has worked in 3000 US communities.

Local people seeking to improve their community joined hands to restore Pogo Park, and are now working to make neighborhood routes to the park safe for pedestrians by improving the street design to encourage slow traffic and create a more appealing environment for walking. “This is creating a place filled with lots of things for people to do, where gangs will not go to sell drugs or bully everyone,” Burden says. 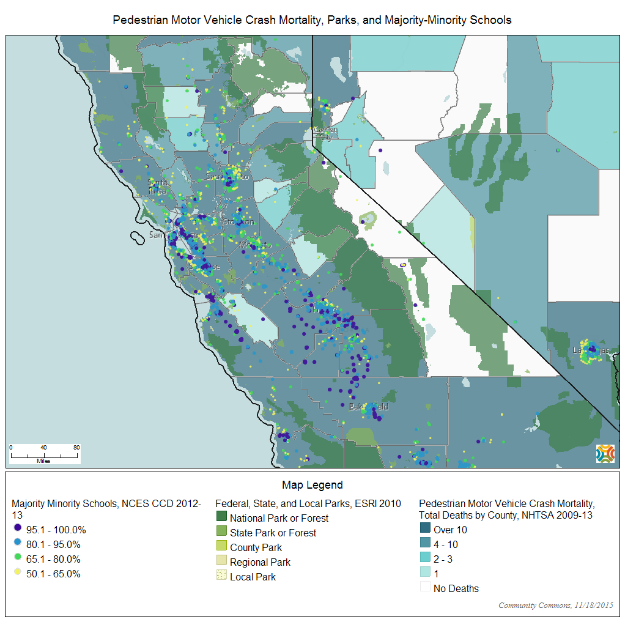 Nowhere in America is driving is more entrenched as a way of life than the suburbs of Los Angeles. But Baldwin Park, a heavily Latino community notable for its numerous drive-through restaurants, took a stand to make it easier and more enjoyable to walk.

The city-sponsored group People on the Move (POTM) brought together officials from health care, government, citizens groups and the schools to launch a six-week boot camp to train community leaders in advocating for better nutrition and active transportation.

Kids were a major focus of the project, and the group was deeply involved in successful campaigns to raise consciousness about walking issues, establish a Safe Routes to School program, pass a Complete Streets ordinance, and hire a full-time city employee working on health and urban design. After five years of effort, fitness tests of local school kids registered a 13 percent decrease in Body Mass Index.

Walk in the Country

In rural America—which is poorer on average than urban regions and where one in five residents is Latino, African-American or Native American—walking is more common than most people think. Even with long distances to destinations and very limited public transit options, 1.6 million rural households do not have access to cars. 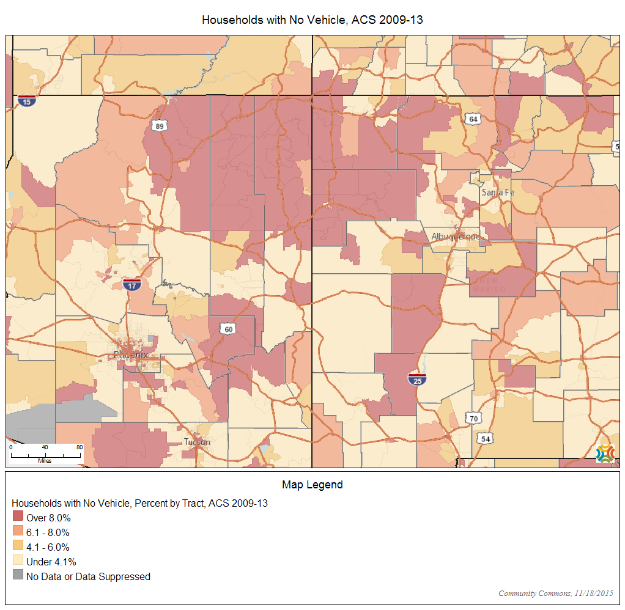 Small town residents walk almost as much as Americans living in metropolitan areas, according to a report from Rails to Trails Conservancy. In towns sized 2,500-10,000, 7.2 percent of all trips are made on foot and 8.5 percent in towns 10,000 – 50,000, compared to national average of 10.5 percent (and 6.7 percent in newer suburbs), according to the US Department of Transportation.

In Winton, a largely Latino town of 10,000 in California’s Central Valley, parents were wary about kids walking or biking to school due to traffic congestion and lack of sidewalks. The school district responded by declaring walk-to-school day, plus hosting events and teaching classes about safety on the streets. Then they drafted their own Safe Routes to Schools policies, with help from the Safe Routes to Schools National Partnership and ChangeLab Solutions.

The problems that walkers in rural communities encounter are sometimes different than those in cities and suburbs, as well. “Aside from isolated geography, we’ve found that stray dogs are a big issue in some places,” notes Mikaela Randolph, Campaign Manager for State Routes to Schools National Partnership.

And rural Americans are enthusiastic about walking. Nine out of ten want to see their communities become more walk-friendly according to a recent survey from the Safe Routes to Schools National Partnership, and 81 percent want to increase or maintain current public spending on sidewalks and bikeways.

Jay Walljasper, author of the Great Neighborhood Book, is a writer, speaker and consultant on making communities better places to live for everyone. He is the Urban-Writer-in-Residence at Augsburg College in Minneapolis.