The following was published at Urban Wire and was written by Alexandra Tilsley.

Food stamps are an important tool for easing the hardship of poor families, but they won’t break the cycle of poverty without changes to other social policies, Urban Institute researcher Caroline Ratcliffe told a congressional committee in October.

In a hearing on the future of the Supplemental Nutrition Assistance Program (SNAP), Ratcliffe told the House Agriculture’s Subcommittee on Nutrition that programs such as SNAP that help low-income children are critical in building a better future. Nearly 40 percent of children are poor for at least a year before their 18th birthday, she said, and the longer a child spends in poverty the less likely he or she is to graduate high school, go to college, or find a stable job. 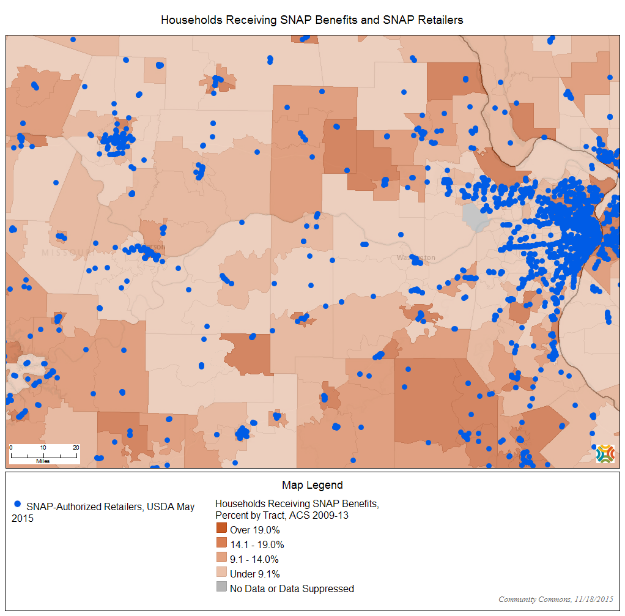 Though SNAP alone cannot fix poverty, Ratcliffe said, it can be an important component in helping families create stability, so they can focus on moving up the economic ladder. While the other panelists agreed, their approaches to reforming the program–or not–varied.

Panelist Ron Haskins, codirector of the Center on Children and Families at the Brookings Institution, argued that requiring SNAP recipients to work would help lower poverty rates, pointing to his research on welfare reform as an example. Though he acknowledged that many SNAP recipients might not be able to find jobs that pay enough for them to get off SNAP, Haskins said that linking work to SNAP eligibility would increase self-sufficiency and improve families’ economic situations.

Several representatives challenged this idea, including Rep. Jim McGovern (D-MA) and Rep. Alma Adams (D-NC), whose state is on the verge of enacting reforms that would require able-bodied adults to find a job to receive SNAP benefits, even though areas of the state have double digit unemployment rates. Ratcliffe agreed that employment is important, but emphasized that the debate needs to go beyond jobs.

“It’s work of the parents, but also, we should look at education and training programs, in coordination with child care and other work supports, to help people move up the economic ladder,” she said.

It’s also important to make sure people don’t fall back down the ladder. Speaking about relaxed asset limits that allow families to save some money while continuing to receive SNAP benefits, Ratcliffe said: “Further reform in that direction can help parents create a more secure environment for children.” (Urban researcher Greg Mills testified earlier this year about the causes and consequences of churn within the SNAP program.)

Ratcliffe’s research has shown that a secure environment is incredibly important. Analyzing 40 years’ worth of data, Ratcliffe found that many children cycle in and out of poverty and that 1 in 10 is persistently poor, spending at least half their childhood below the poverty line. Persistently poor children have substantially worse outcomes as adults and growing up in disadvantaged neighborhoods, moving a lot, or having parents with lower educational achievement can further affect poor children’s chances at success. SNAP and other benefits, however, can help stabilize families, priming children to break out of the cycle of poverty. 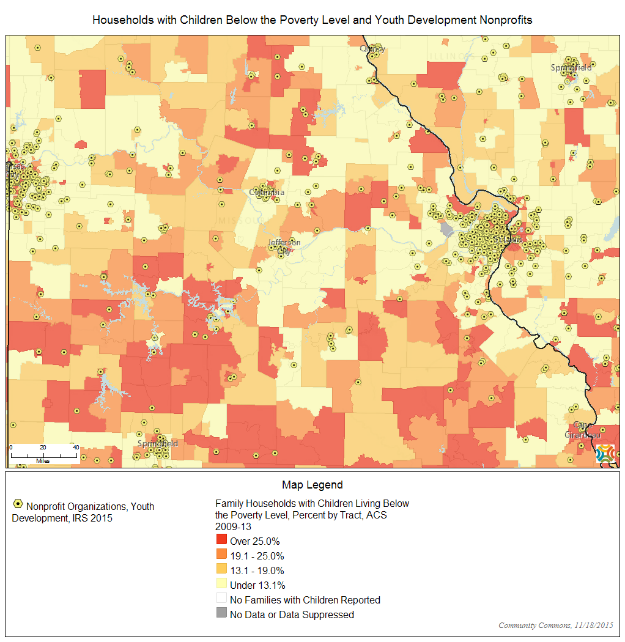 Panelist Ruth Riley, a former WNBA player and Olympic gold medalist, exemplifies this idea. Riley was raised by a single mother who received food stamps. The food benefits provided a stability that allowed Riley to thrive and break out of the cycle of poverty.

“Because I had this food, I was able to learn and focus in school, which ultimately led me to graduate with honors from the University of Notre Dame,” Riley said. “When times were tough, the nutrition I received through programs like food stamps and school meals helped me grow stronger.”

Rep. Ted Yoho (R-FL) asked whether SNAP was simply treating the symptom of a problem, and if a better solution was to encourage poor families not to have children they can’t afford to care for. To this, Ratcliffe responded: “The fact is, we do have poor children today, and focusing on those children and making sure they get what they need will help us into the future.”

Alexandra Tilsley is a research writer at Urban Institute.