This is the first in a three part series by Jay Walljasper that discusses walking as an equity issue and how to address it.

People have walked for justice and economic opportunity throughout American history.

Slaves seeking freedom hiked hundreds of miles on the Underground Railroad, guided by heroes like Harriet Tubman. Workers wanting a better life for their families walked on picket lines and at protests, rallied by advocates like Cesar Chavez. People demanding civil rights marched in Selma, Alabama and the National Mall in Washington, led by Rev. Martin Luther King Jr.

Walking is a powerful tool to change the world as well as a fundamental human right. To be restrained from free movement is an injustice, a denial of our liberties, a betrayal of American ideals.

Yet many people across the country now think twice before traveling on foot due to dangerous traffic, street crime, racial profiling, or a lack of stores and public places within walking distance. Forty percent of all Americans say their neighborhood is not very walkable, according to a survey commissioned by Kaiser Permanente, one of America’s largest healthcare providers. A full quarter of Americans report they are deterred from walking by speeding traffic or lack of sidewalks, and 13 percent say crime keeps them indoors.

Poor conditions for walking among low-income households, people of color and some immigrant communities limit their access to jobs and education. One-third of all African-Americans and one-quarter of all Latinos live without access to a car, according to a report by the Leadership Conference Education Fund, which means walking and public transit (which involves a walk) represent important pathways to opportunity.

Improving walking options can also help ease the financial burdens on poor families, which spend 42 percent of their income on transportation compared to 22 percent among middle-income Americans. That’s because the average cost of owning and operating one car is $8700 a year .

“This is an issue of equity,” says Gil Peñalosa, founder of 8 80 Cities and an immigrant from Colombia. “A big thing we could do to help low-income families is to make it easier to live without a car. And it would help middle-class families to switch from two cars to one.”

“I was in Brownsville, Texas, which is majority Hispanic and one of the poorest communities in America, where the average income is half the national average,” remarks Peñalosa. “Yet over 90 percent of trips there are still by car. That’s why the city’s new plans for biking, walking and trails can make a difference.”

So what stops people of color and those living low-income communities from walking more?

There are “disproportionately high pedestrian deaths in low-income communities,” according to US Department of Transportation specialist Paul Heberling. He notes that pedestrians in the poorest one-third of urban census tracts are twice as likely to be killed as those in other neighborhoods. African-Americans are 60 percent more likely to be killed by cars while walking, and Latinos 43 percent. 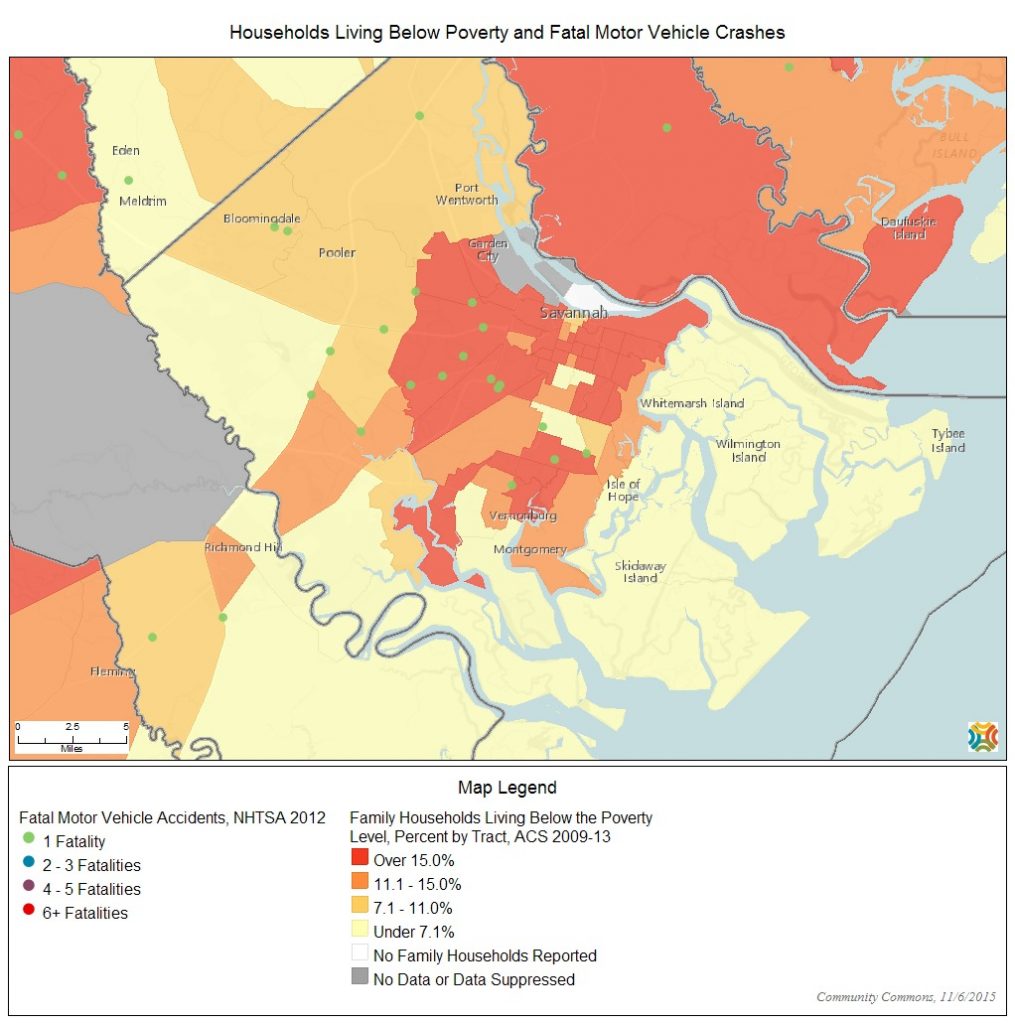 This disparity helped spur US Secretary of Transportation Anthony Foxx to launch his Safer People, Safer Streets initiative to help everyone walk and bike more. “This is the safest time for transportation in history, except for pedestrians and bicyclists,” he said.

In addition to traffic injuries, other barriers to walking for low-income people and racial minorities include: inadequate infrastructure, fear of crime, no appealing destinations to walk to and a stigma that people on foot are “losers, ” explains Yolanda Savage-Narva, Director of Health Equity at the Association of State & Territorial Health Officials.

Growing up in African-American communities in both the North and South, Savage-Narva recalls, “We walked very seldom on the South Side of Chicago because of crime. And in Mississippi, it wasn’t normal to walk. It was something that only really poor people did. I never walked except when I drove to the park to take a walk.”

How you travel looms large as an emotional issue in disadvantaged communities, according to Peñalosa. “Walking is seen as a symbol of failure. And you can see why when you look at the places where many people are forced to walk– deteriorating infrastructure, dangerous intersections. It’s like we are telling these people every day that they are second class citizens.” Indeed, sidewalks in heavily African-American neighborhoods are 38 times more likely to be in poor shape, according to Active Living Research.

Savage-Narva stresses that cultural attitudes also affect how people view walking in low-income communities in other ways. “The word ‘exercise’ carries a different meaning. Some people will think you’re crazy if you suggest taking a walk after they’ve worked a 12-hour shift.”

“It’s important to get at the root of what will inspire all people to walk,” Savage-Narva says about promoting walking in poor neighborhoods. “Emphasize the freedom of taking a walk to where you want to go. It’s a civil right that people have died for—and, of course, it also has many health benefits too.”

“Walking for fun has not been a big part of the experience of people of color and low-income people,” concurs Anita Hairston, Associate Director and transportation specialist at Policy Link, a national institute focused on social equity. “They walk because they need to get to work or somewhere else.”

She offers another reason straight out of today’s headlines to explain why many African-Americans, Latinos and immigrants are wary about taking a stroll. “The issue of racial profiling is front and center. Who’s got the right to be on the streets? If a group of young black men are dressed casually, people think: Where is this gang going?   What are they going to do?”

Despite all these roadblocks, people in disadvantaged communities still walk more than other Americans. “The fact is that we have twice as many low-income children who are walking or biking to school than those in affluent neighborhoods, even lacking the infrastructure to protect the children who walk and bicycle,” reports Keith Benjamin, a Campaign Manager for the Safe Routes to Schools National Partnership.

Jay Walljasper, author of the Great Neighborhood Book, is a writer, speaker and consultant on making communities better places to live for everyone. He is the Urban-Writer-in-Residence at Augsburg College in Minneapolis.