This post was originally published at the Altarum Institute and was written by Kate Fitzgerald.

While much has been written about so called “food deserts” and the connections among poverty, low food access, and high rates of chronic disease, most studies and projects have been conducted in big cities. In fact, poverty, poor health, and limited access to healthy food are often more acute in rural communities, where isolation and limited public- and private-sector resources make these challenges harder to fight (1).

A new report by Fair Food Network challenges such assumptions by digging into the growth of its healthy food incentive program, Double Up Food Bucks (Double Up), in rural communities across Michigan, an exciting trend over the past 3 years. 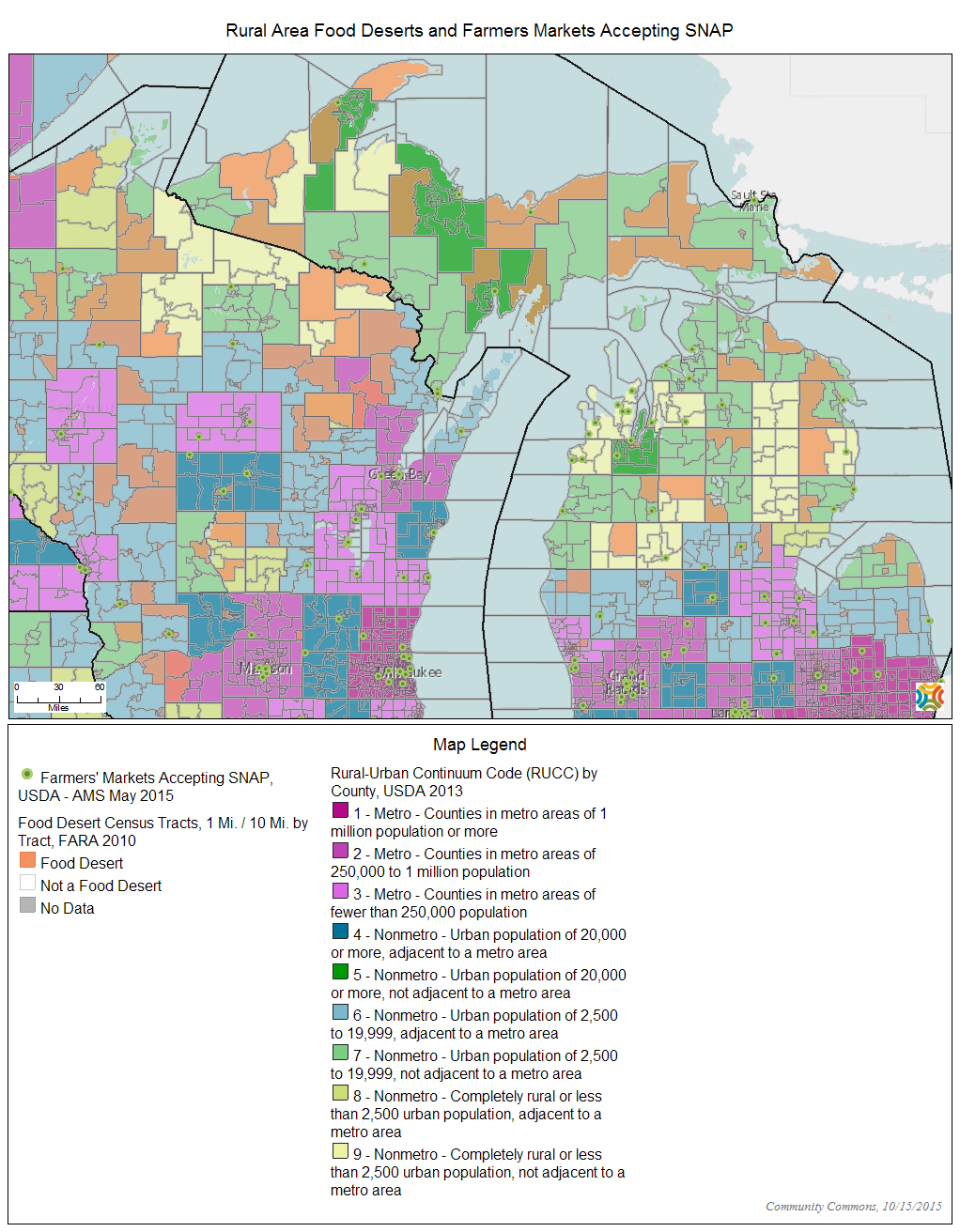 The key to Double Up’s growth, particularly in rural communities, is its holistic design, which makes it as easy as possible for low-income families to buy and eat fresh, locally grown produce, with benefits for health and local economic development. With Double Up, for every dollar in SNAP benefits that a family spends at a participating farmers markets or grocery store, the family receives an additional dollar to buy fresh fruits and vegetables. Since low-income families spend as much as 36% of their total income on food, these additional dollars increase low-income families’ buying power for healthy food, providing families with the extra margin that they need to buy food that will support long-term health rather than maximize calories as inexpensively as possible (2).

By linking the new Double Up dollars to local produce purchases, the program encourages federal SNAP be spent locally and the additional Double Up dollars increase the economic benefit to regional farmers, participating markets, and the entire local economy. (As the program expands to grocery stores, the goal is to extend the economic impact to the state’s mid-sized farms that sell into wholesale rather than direct markets.)

In the last 5 years, Double Up has been directly responsible for at least $7 million in SNAP and incentive sales in farmers markets, representing new income and spending power for the 1,000 Michigan farmers that participated in the program each year. The economic development value of new income is greatest when farmers spend earnings in their local rural communities. In-depth evaluator interviews with six farmers participating in Double Up in 2013 found that all purchased almost all their farm inputs either in their home county or in an adjacent rural county. This indicates a high potential for local economic impact.

The evaluation also shows that Double Up supports the proliferation of farmers markets, expands and diversifies their customer base, and increases their long-term financial stability. Furthermore, it encourages existing markets to become authorized to accept SNAP.

In this way, incentives help increase access to healthy food retail in rural communities and solidify the markets’ place as an important component of the local food retail economy, critical in towns that have lost their local grocery stores. Each successful farmers market in turn creates an average of four new jobs, and every dollar spent at a market creates an estimated $2.80 in local economic activities (3, 4).