Walking is moving fast these days.

We may think of it as a slow activity, but travel by foot is quickly being recognized as an effective prescription for health, a convenient means of transportation, a great way to meet people, a smart strategy for saving money and a lot of fun.

Six in ten Americans now take a walk at least once a week, and 20 million more of us now walk for recreation, transportation and exercise than in 2005, according to the CDC. It’s free, relaxing and easy-to-do almost anywhere at any time.

“There’s a huge shift going on as people see the benefits of walking,” says Scott Bricker, Director of America Walks, a coalition of more than 530 local advocacy groups in all 50 states. “The Summit is a chance for everyone to learn and strategize and find resources about how to take walking to new levels back in their communities. We also want to celebrate all that’s happening.”

“For people from across the country, it will broaden the sense of what’s possible by seeing and hearing what’s going on in other places,” adds Kate Kraft, National Coalition Director of America Walks and the Every Body Walk! Collaborative, a diverse network of organizations from AARP and NAACP to the National PTA.

The Summit features a major address about walking as a right for all Americans by Dr. Robert Bullard, an early champion of the environmental justice movement. Conference participants are invited to “Walk Capitol Hill” for meetings with Congress members about policies to promote walking. There will be many opportunities for “netwalking”—strolling conversations with conference speakers and fellow participants. Field trips will fan out to noteworthy destinations across the DC area—heralded by some observers as America’s best metro region for walking.

Workshops and panels will showcase experts in many fields offering what they’ve learned from years of successful research, advocating, organizing, lobbying, designing and implementing ideas to make life more safe, convenient and comfortable for everyone on foot. Subjects range from making walking easier for kids and seniors to new technologies to empower pedestrians. Success stories from Maine to San Diego, rural Tennessee to Detroit, Brownsville, TX to Syracuse NY are already on the schedule.

The Summit follows up on the first ever National Walking Summit held in 2013. Tyler Norris, one of that event’s organizers and a Kaiser Permanente vice-president, remembers, “At first we wondered whether people would come, and we wound up with a standing-room-only crowd of 400 from 41 states. Last time Kaiser Permanente, which powers Every Body Walk!, was the sole event sponsor working in partnership with America Walks. But this year we’ve got more than 20 sponsors already, including AARP, the National Association of Realtors, Local Initiative Support Corporation and many philanthropies including WK Kellogg and Robert Wood Johnson Foundations.”

“We are expanding our focus this year,” he says, “to make sure walking is accessible for everyone, especially vulnerable populations in lower socioeconomic communities where infrastructure has not been invested in and pedestrian and public safety are significant issues.”

“Everybody, no matter their income or race, deserves to have freedom of choice when it comes to transportation,” agrees Kate Kraft. “It’s a question of fairness.”Other headline themes at the summit include:

Walkable Communities Advocacy 101—Unlike motorists and bicyclists, who are vocal in championing their rights, walkers have been largely silent about what they need for safety and convenience—until now. The walking movement is now speaking out about how to improve walking conditions for people on foot in cities, suburbs and small towns. Learn techniques and tactics from folks who are making a difference in their own hometowns.

Vision Zero—People killed walking across the street (as well bicyclist and motorist fatalities) are often viewed as an unfortunate but inevitable fact of life, just as drunk driving and domestic abuse once were. But those tragedies have declined over the past 30 years thanks to vigorous public education campaigns and more vigilant law enforcement—and the same can happen with traffic fatalities, as has been shown in Sweden where both pedestrian and motorist deaths have declined by half since 2009. The solution: moving toward the goal of zero fatalities by taking practical steps to deter distracted drivers, curb speeders and improve the streets for all people on foot, on bikes and in vehicles. 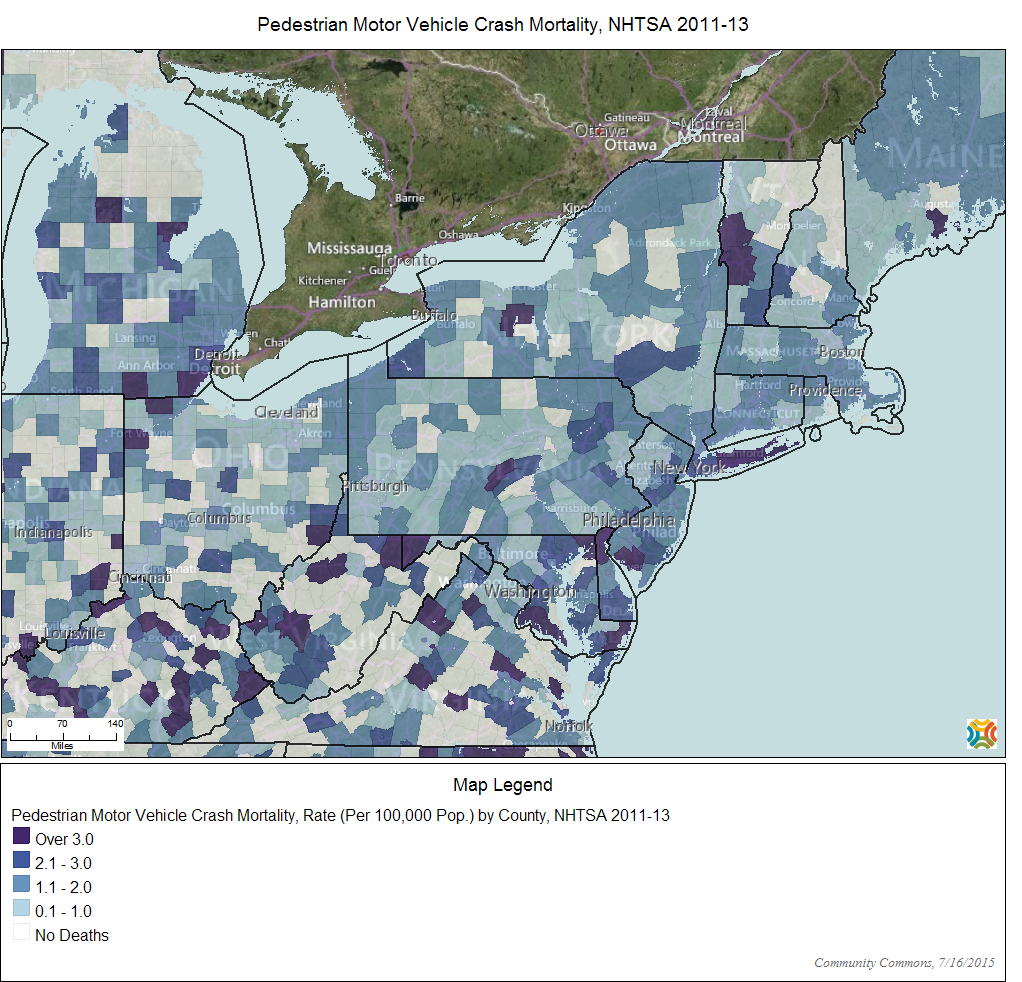 New York adopted similar policies and practices in 2014, and saw a 27 percent drop in people walking killed by cars—the lowest in a hundred years. Chicago, Los Angeles, Pittsburgh, Boston San Francisco and Portland are launching similar campaigns. Local activists along with leaders from a new national organization will be sharing their vision of safe streets for all at the Summit.

Healthy Habit—New scientific research confirms the key role walking plays in fostering good health.  A major study from Cambridge University tracking 300,000 people over 12 years found that lack of exercise is twice as deadly as obesity. “Walking is like medicine for my patients. If walking was a pill or surgical procedure,” it would be all over the news, says Dr. Bob Sallis , a family practitioner in Fontana, California. Sallis is just one of many health care providers, researchers and policymakers planning to attend the Summit. 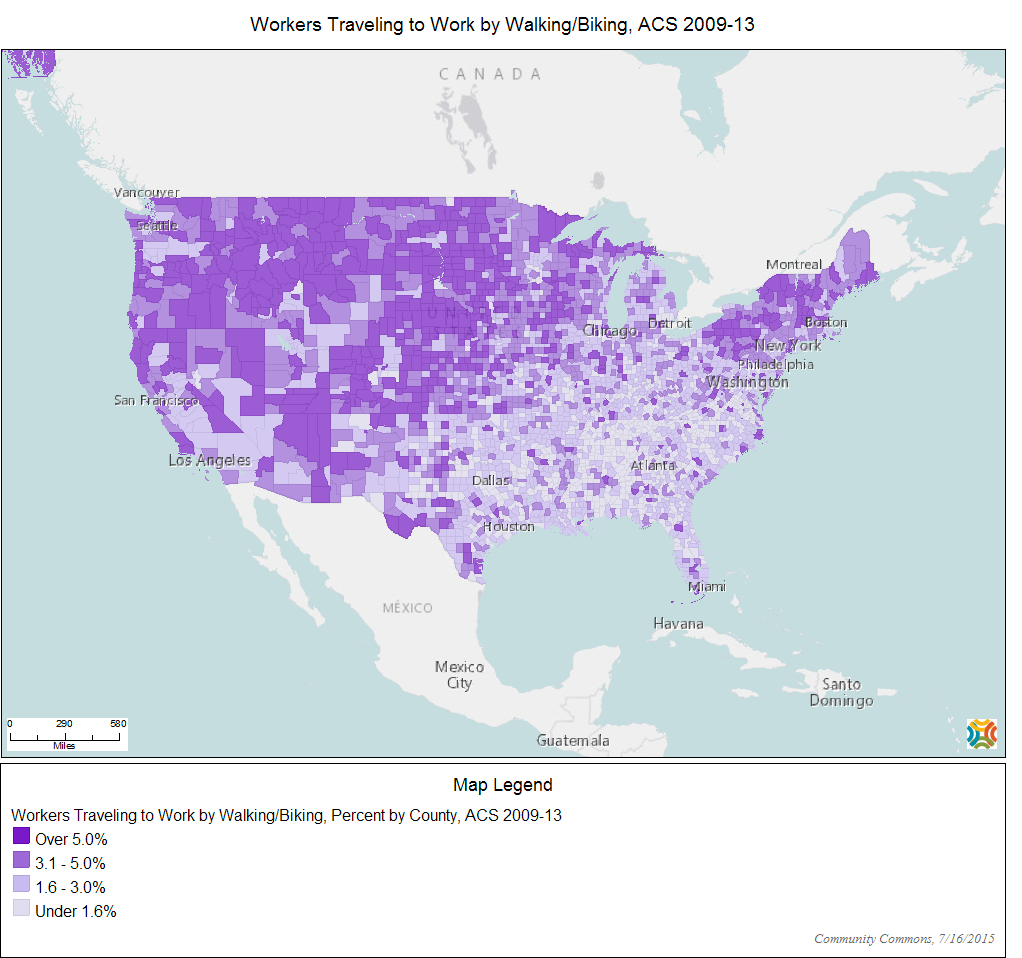 “The benefits of walking are becoming widely understood—it’s fun. It’s good for your health. It builds community, and so much more,” notes Tyler Norris.