Only in California, Land of Fruits and Nuts, Do People Eat Their Fruits and Vegetables

The following was originally published on Take Part and was written by Willy Blackmore.

This might not come as a surprise, but Americans don’t eat nearly enough fruits and vegetables.

There are two important caveats to mention when talking about the new study from the Centers of Disease Control and Prevention’s Morbidity and Mortality Weekly Report that shows Americans eat a deplorably small amount of fruits and vegetables. Overall, just 13.1 percent ate enough fruit in 2013, and 8.9 percent ate enough vegetables. 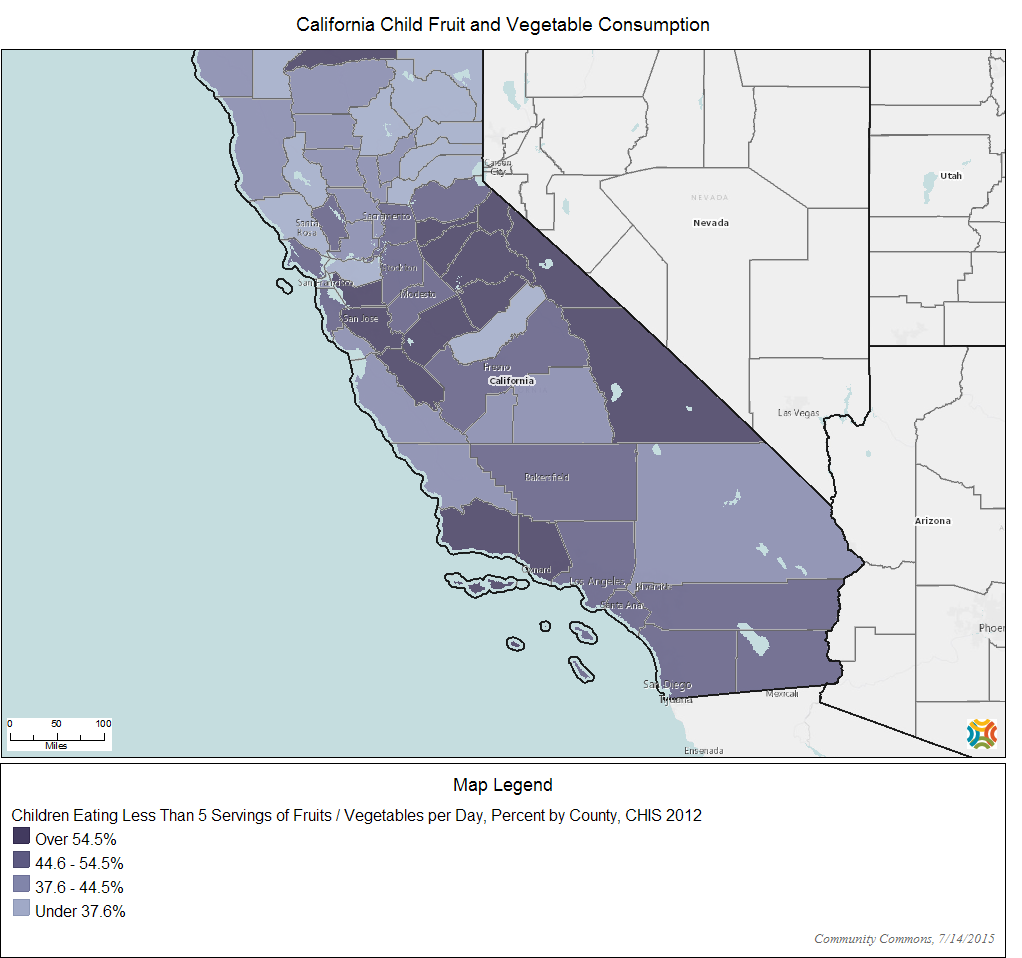 One is, in a sense, a positive for California, which is the state where the highest percentage of residents met the daily-recommended intake for both fruits and vegetables—17.7 percent and 13 percent, respectively. From my perch here in Beverly Hills, where a $12 bottle of cold-pressed kale juice is never more than a block away, that feels low, anecdotally speaking. And here’s the thing: The researchers controlled for respondents who reported “implausible” consumption, setting the cutoff at eating fruit 16 times daily and eating vegetables 23 times daily.

The other caveat would have helped dramatically raise the numbers for vegetable consumption across the country but perhaps speaks to the problem that underlies the anemic numbers: If the survey were to count fried potatoes as a vegetable, the number of people who met the two to three cups daily that’s recommended would spike by between 30 and 44 percent.

The CDC did not include an estimate for how the figures would change if ketchup were defined as a fruit or vegetable in this context.

So, Why Should You Care? “Eating more fruits and vegetables adds nutrients to diets, reduces the risk for heart disease, stroke, and some cancers, and helps manage body weight when consumed in place of more energy-dense foods,” the study’s authors write. Considering that the cost for treating obesity alone comes to $200 billion annually, according to the American Cancer Society, eating more fruits and vegetables is a cheap, easy way to help reduce a host of public health problems. 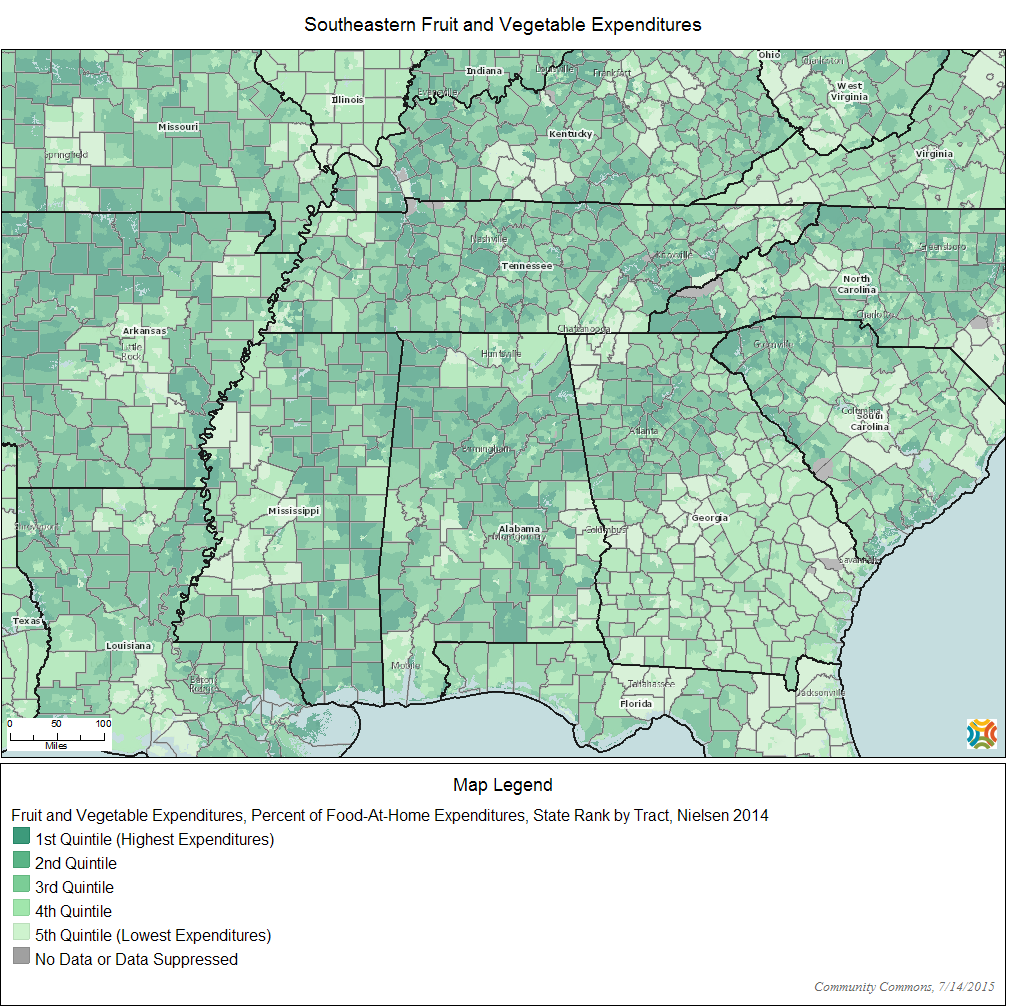 While California led in both categories, the lowest rates of consumption for fruits and vegetables were split: In Tennessee, just 7.5 percent of residents had adequate fruit intake, and in Mississippi, only 5.5 percent of the population ate enough vegetables.

Billy Blackmore is the Food Editor for TakePart.