The following was originally posted at Think Progress and was written by Lauren C. Williams.

What if you could graduate high school without ever having to walk among a sea of fellow pubescents through the hallways of your local high school? Never had to hear that end of period bell, remember a locker combination, or serve detention for being late to homeroom for the umpteenth time this month?

Students will enroll full-time in their local public high school but attend classes, including advanced placement courses, through a program called Virtual Virginia, which is administered by Virginia Department of Education. Students will also receive learning materials such as textbooks for free—just as if attending in-person. Participating high schoolers would be allowed to join extracurricular activities at their school. If successful, the program would be offered to Virginia’s more than 40,000 students.

The program is getting push-back from an unlikely place, however, the Virginia legislator who has been pushing for the program’s existence. State delegate Dickie Bell (R) told the News Virginian, “This is not the same thing we’ve been working on for five years.”

Bell contested the state’s “tight grip” on the program’s regulation, especially in regard to the 100-student cap, which could leave out students who don’t perform well in traditional settings because of bullying or other reasons.

“They may be getting bullied,” Bell told the Virginian News. “We need to reach as many kids where they are.”

Community Commons addition: Visual data helps make the case to policy makers that change is necessary. This data can be used to compare and contrast resources and approaches of the Virtual Learning Program between counties and states. 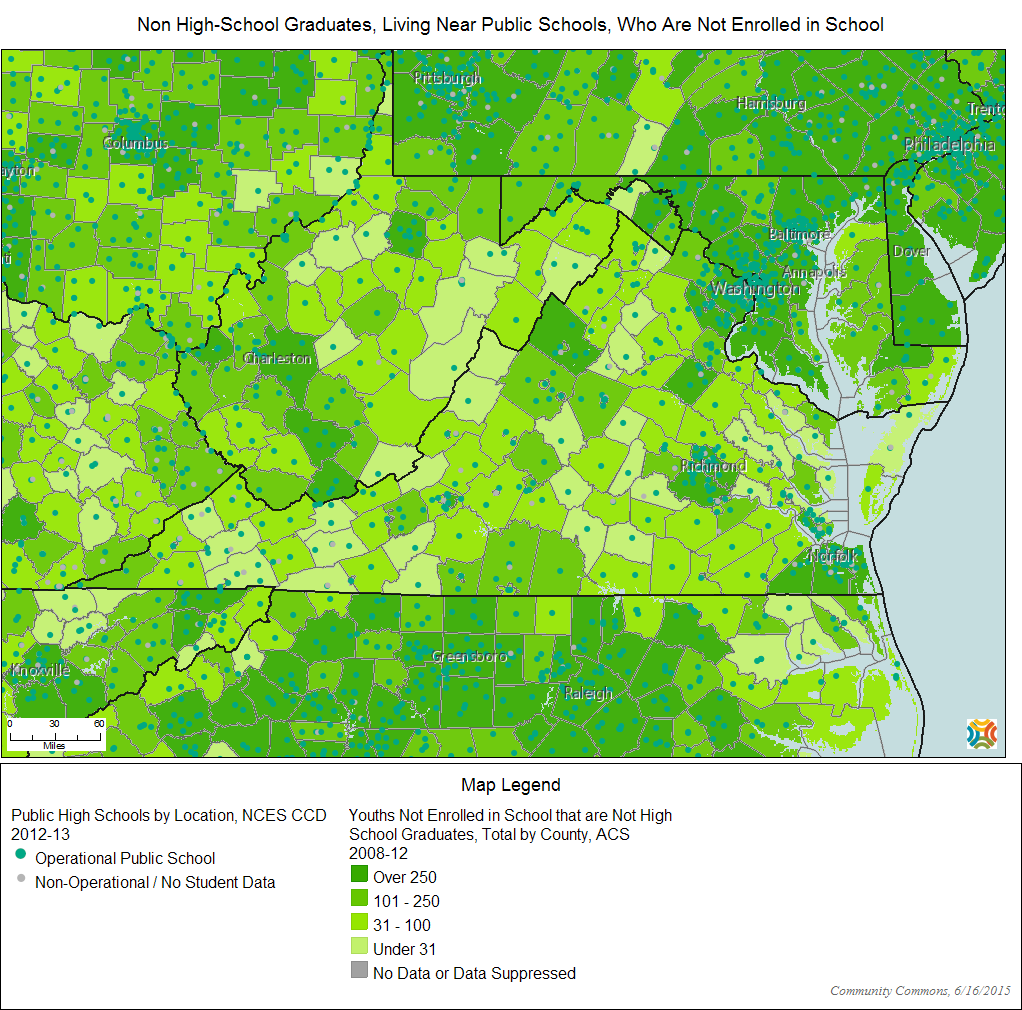 Online education for adults is prevalent but the method hasn’t translated in popularity for K-12 education outside of homeschooling, which frequently relies on online learning tools.

“It’s going to look different for every student, some will receive instruction exclusively away from the [school] building, and some will be physically in the high school,” Virginia Education Department spokesman Charles Pyle said. “Even if they’re getting all their AP Chemistry instruction at home, [students] would take the AP test in school,” as well as mandatory state standardized testing.

Online programs can benefit students in rural areas where the nearest school is an hour away and students who do better with independent study, or youth at risk for bullying. But while the online access gives students who need it an alternative learning environment, it could face similar child abuse problems as homeschooling. 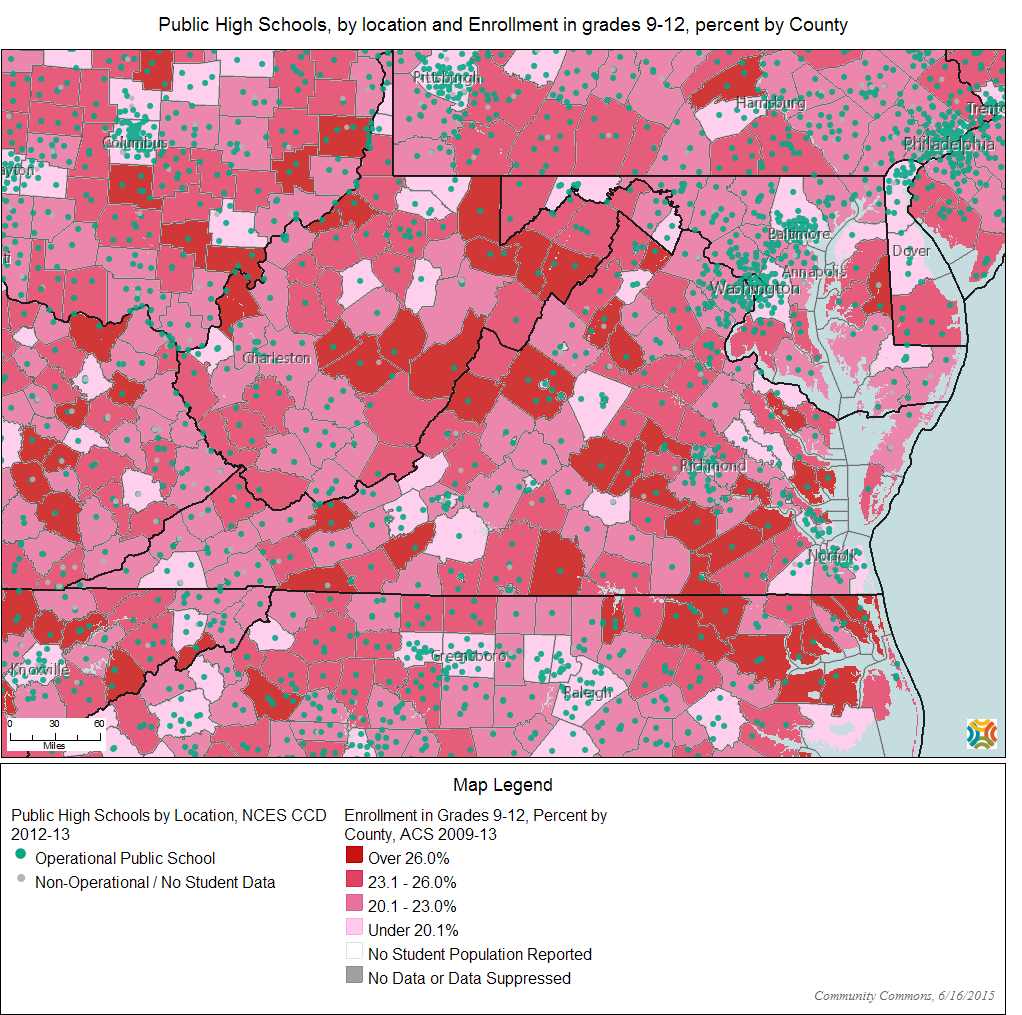 Homeschooling has been criticized for its seemingly lax requirements where parents submit curricula to the states’ board of education. That virtual seclusion from state oversight has led to numerous child abuse cases that often go unreported.

Pyle said several of the state’s home-schooled students, which aren’t counted as matriculated Virginia students, have expressed interest in the program. But unlike home-schooled children, he said, those who use the Virtual Virginia program full time will have access to certified teachers who are also mandatory abuse reporters and local mentors who must report suspected abuse or neglect for both in-house and distance students.

Lauren C. Williams is the tech reporter for ThinkProgress with an affinity for consumer privacy, cybersecurity, tech culture and the intersection of civil liberties and tech policy 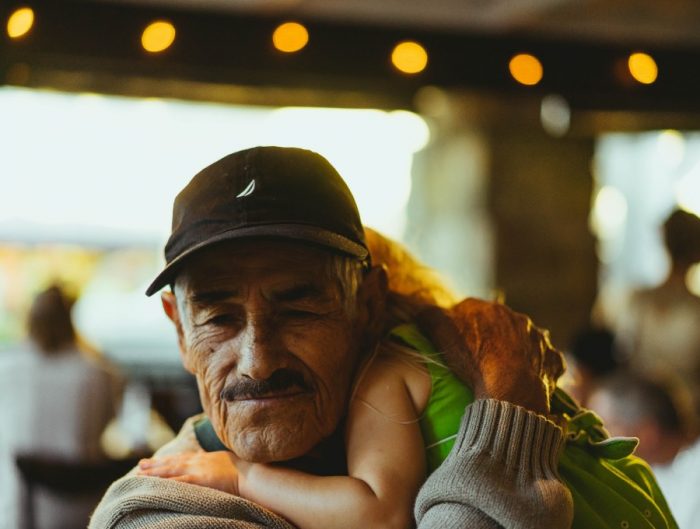 Collateral Damage of the Opioid Crisis: Grandparents raising Grandchildren – What They Need and How to Help
February 21, 2019 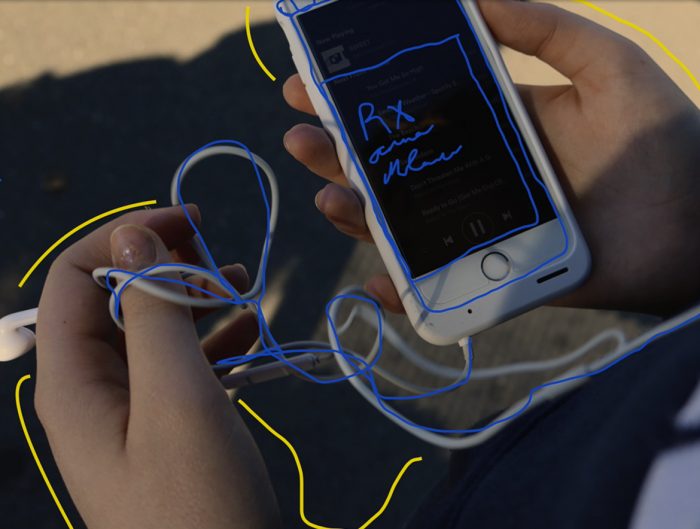 This is What it Looks Like to Live with Mental Illness
February 5, 2019
© Copyright Institute for People, Place, and Possibility (IP3)