The Case for Nontraditional Funding of Trails

Originally published on The Intertwine and written by Katie Mangle and Mia Birk.

In 2008, the Portland, Oregon’s Metro Blue Ribbon Committee for Trails published a thoughtfully strategized report about how to fund the region’s vision for an interconnected network of trails. The report recommended an integrated strategy to address congestion, climate change, fuel costs and the lack of funding for traditional transportation projects. One of the strategies discussed was private funding through foundations, corporations and developers.

That lead to Metro applying for a $98 million grant from the U.S. Department of Transportation through its highly competitive Transportation Investment Generating Economic Recovery (TIGER) program. Ambitious in scope, the grant would have funded close to 100 miles of bikeways in Oregon, as well as outreach and encouragement programs.

Metro was not awarded the grant. What can we learn from this? Let’s look at two trails that did get funded: the 8-mile-long, $63-million Indianapolis Cultural Trail and the 36-mile, $30- million Razorback Regional Greenway in Northwest Arkansas.

What is of note is the extent to which these two projects leveraged private donations. The Glick Family in Indianapolis, for example, committed $15 million as a lead gift, which, along with an additional $12.5 million in private funds, was used as match for the $20.5 million TIGER grant and $15 million in additional federal funding. The Cultural Trail’s history is deeply intertwined with Indianapolis’ efforts to become more bike friendly, as explained to many of us by Mayor Greg Ballard on the 2014 Cycle Oregon Policymakers ride.

Seeing the Indianapolis trail up close is a revelation. It’s simply gorgeous. The two-way cycle track forms a loop along one-way streets. Its surface is brick-like smooth pavers, graced by wand-like pedestrian-scale lights, interesting artwork, and interpretative signage, including a “Peace Walk” gallery celebrating some of history’s great legends. Every intersection and driveway is well-marked, signed and functional. An unexpected gem is a formerly grimy alley turned trail segment, with added art and the scent of roses pumped through a steam grate. A round of applause to Kevin Osborne at Rundell Ernstberger Associates, LLC, the lead trail design firm.

The Cultural Trail connects every single arts venue in downtown, and is a huge asset for tourists, local visitors and thousands of downtown workers. It was a catalyst for the Indianapolis Pacer-sponsored bike share system, and has spurred an estimated $864.5 million of economic impact.

Now let’s turn to the Northwest Arkansas Razorback Regional Greenway, which Alta Planning + Design led from concept to design, through construction and ribbon-cutting on May 2 of this year. The greenway links the six major municipalities of Northwest Arkansas, the University of Arkansas, hospitals, commercial centers, 36 local schools, and the headquarters of three fortune 500 companies. The new greenway will increase connectivity, drive economic development, improve residents’ health, and help make Northwest Arkansas a more attractive place to live, work and play. 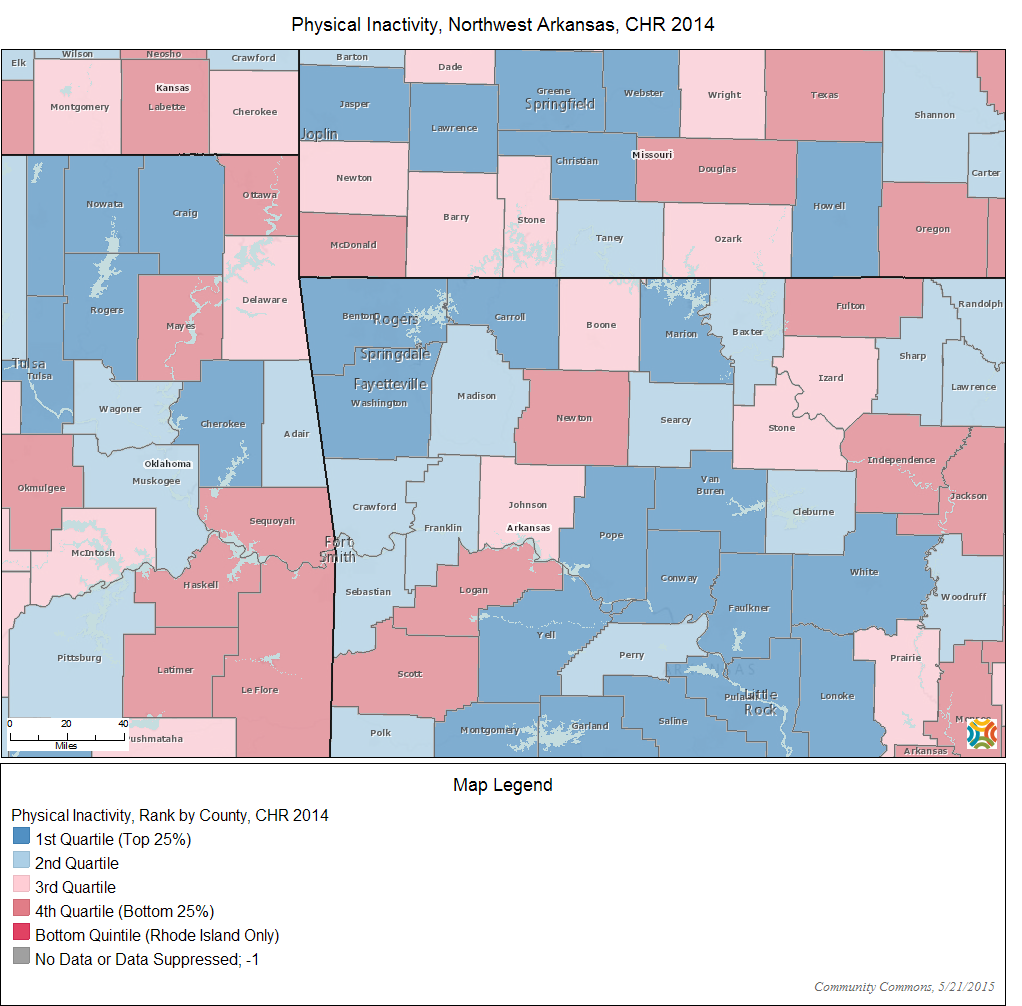 Maps like these visually tell the story of a community’s health and allow comparisons among regions. Click on the maps and zoom to your location to see this data for your area or visit our Map Room to create your own maps. 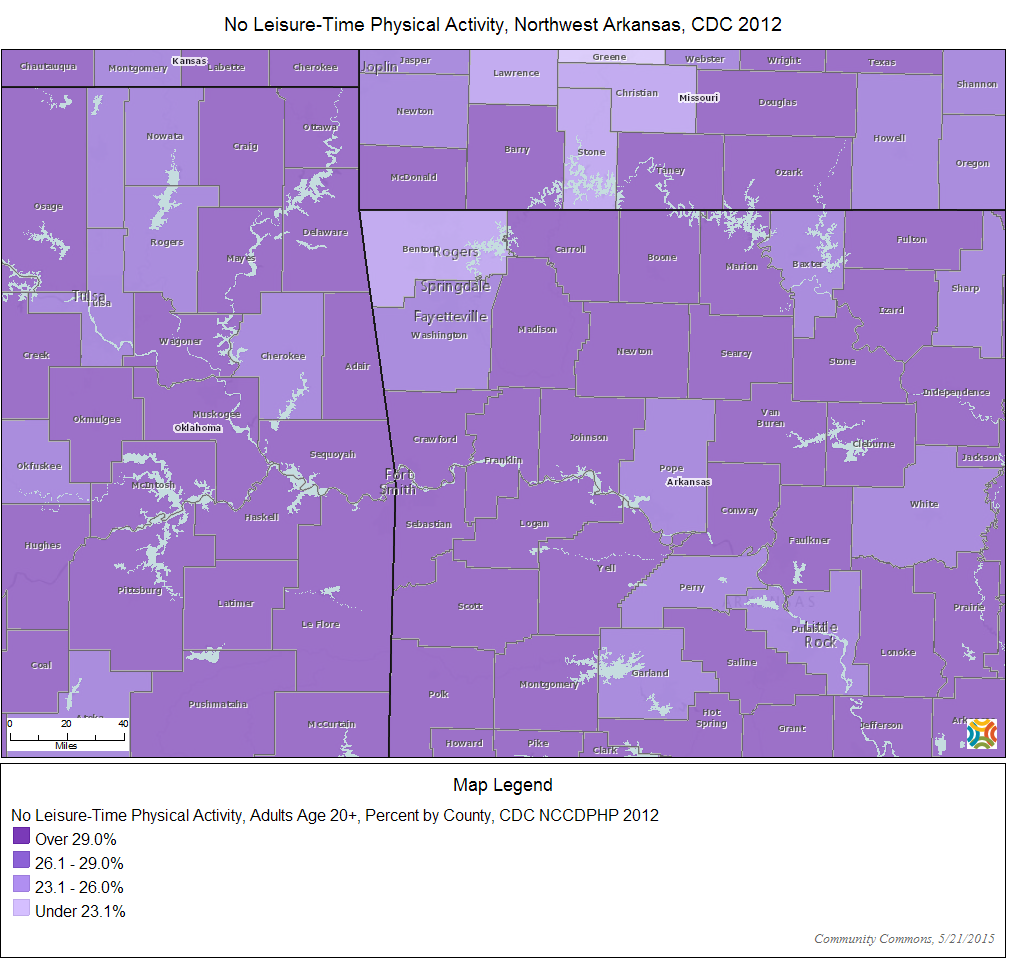 Again, private vision—and monies—drove the project forward at a swift pace, going from concept to ribbon-cutting in just five years. The story goes something like this: Some of the local jurisdictions and developers had started building trails. Rob Brothers from the Walton Family Foundation got concerned about design quality and lack of overall vision. He called Alta Principal Jeff Olson, and within short order, a meeting in Arkansas had been arranged.

Along with Greenways, Inc.’s * Chuck Flink and greenway specialist Bob Searns, the concept of connecting the pieces via a cohesive greenway was sparked over large maps and later deepened in a multi-day charrette, which engaged community leaders and stakeholders up and down the corridor to build support and collectively create a vision and conceptual  alignment. With private funding provided by the Walton Family Foundation, the project developed a detailed alignment plan, filed a Categorical Exclusion application, and conducted cost-benefit analysis to estimate the positive economic impact health and air-quality improvements for the TIGER grant application.

As with the Cultural Trail, private money leveraged other funding. The $15 million TIGER grant was matched by more than $15 million of Walton Family Foundation funds. Other funds raised in support of the project came from the Home Depot Foundation, National Urban Forestry Grant, EPA 319 Water Quality Grant, USDOT TCSP Grant, USDOT TAP Grant, the Endeavor Foundation, the City of Fayetteville, the City of Springdale, the City of Rogers, and Mercy Hospital. All totaled, more than $35 million in funding has gone toward construction of the Razorback Regional Greenway.

Also well worth mentioning are the unsung heroes of the project: the 129 property owners who granted no-cost easements.​

Why was the TIGER application successful? “There is no doubt in my mind that the application was successful because of three things,” explains Sandy Nickerson of the Walton Foundation Family. “One, regional unity. We had 40 letters of support from all the mayors, senators and representatives, the secretary of state, the State Highway Commission, even the governor. Two, the Walton Foundation Family match, and three, the quality of the application.” 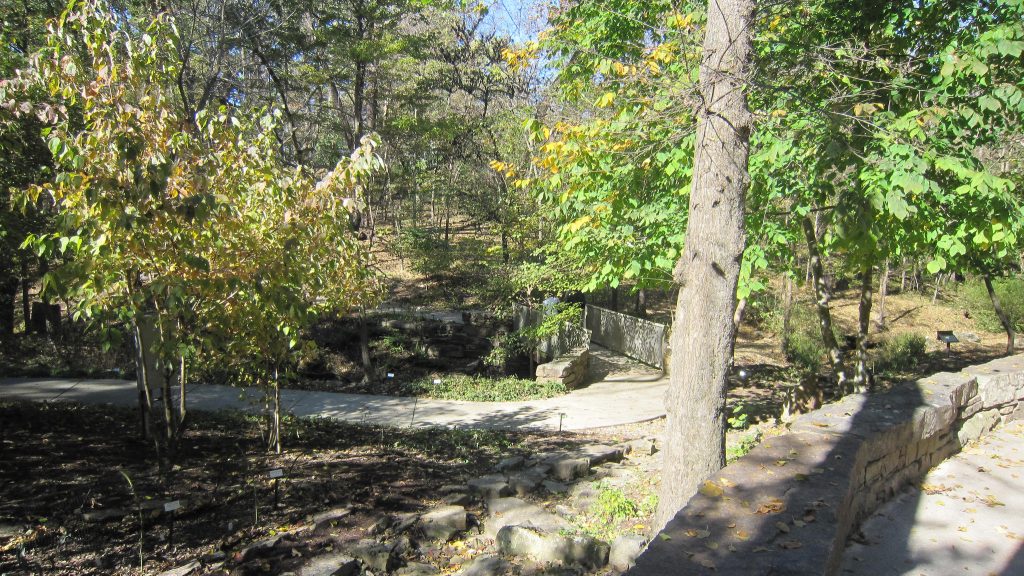 Whereas Portland’s signature trails, such as the Eastbank Esplanade, Springwater Corridor, Trolley Trail and Tonquin Trail, were publicly funded, the out-of-state projects described above share the common thread of private investment by foundations dreaming of a healthier lifestyle and wishing to invest in their communities. From what we’ve observed, the private funding not only leverages public funding, it speeds up the process, gains public trust and leads to big results.

Why hasn’t this happened yet in Portland, where we have trail plans and experience and dreams just as bold as Indianapolis, Northwest Arkansas, and Memphis? Could it?

Something to think about: Because we have been successful building trails using public funds, perhaps we haven’t considered private funding as an option, need, or even desire. Major donors have favored such causes as arts venues and medical research, not trails. This could change.

Another observation: In our region, it is hard to achieve unity around a single signature corridor project like those described above. There are so many competing priorities! And we are process-oriented to the extreme, well beyond what we see in most other communities. But if a group of local governments and local foundations or corporations could, indeed, unify around a single corridor, just think of what we could achieve.

A third is identity. The razorback (hog) is the University of Arkansas mascot. The Indianapolis Cultural Trail and the Wolf River Greenway speak volumes about what those areas wanted to create. Branding can make a difference.

There is no doubt in our minds that the Intertwine partners are heading in the right direction through our collective impact approach. Private investment could be the key to our ultimate success.

Katie Mangle leads a group of 17 planners, designers and engineers in Alta Planning + Design’s Portland office. She is a former senior planning official of both the cities of Milwaukie and Wilsonville.

Mia Birk is Alta’s CEO, a pioneer in active transportation, and author of Joyride: Pedaling Toward a Healthier Planet, which tells the story of how a group of determined visionaries transformed Portland into a cycling mecca and inspired the nation.

Automated Vehicles: Back to the Future
November 30, 2017