The following was originally published at The Intertwine Alliance’s Outside Voice and was written by Mark Davison and Robin Craig.

In the next century, it is predicted, we’ll see 70 percent of the globe’s population residing within the modern city. At the same time, population-growth projections say we’ll need to produce 70 percent more food for an additional 2.3 billion people by 2050. Historically, food systems and infrastructure have been ignored as a function of city, county or local governments. Unlike civic systems such as transportation, water, wastewater and housing, “food” has generally been outside the civic agenda.

Since the early 2000s, however, food as a policy matter has established itself as an important consideration for local governments. Food systems are fundamentally linked to issues such as health, equity, environmental sustainability and economic development.

The Portland area’s urban growth boundary has established a clear and divided relationship between urban areas and farms, where farmlands are protected and occupy areas outside the boundary line. While the UGB defines urban areas and farms as separate entities, nature is the bridge that crosses and connects. A holistic approach to sustainability must engage all three major identities in the metro region: urban, rural and nature. 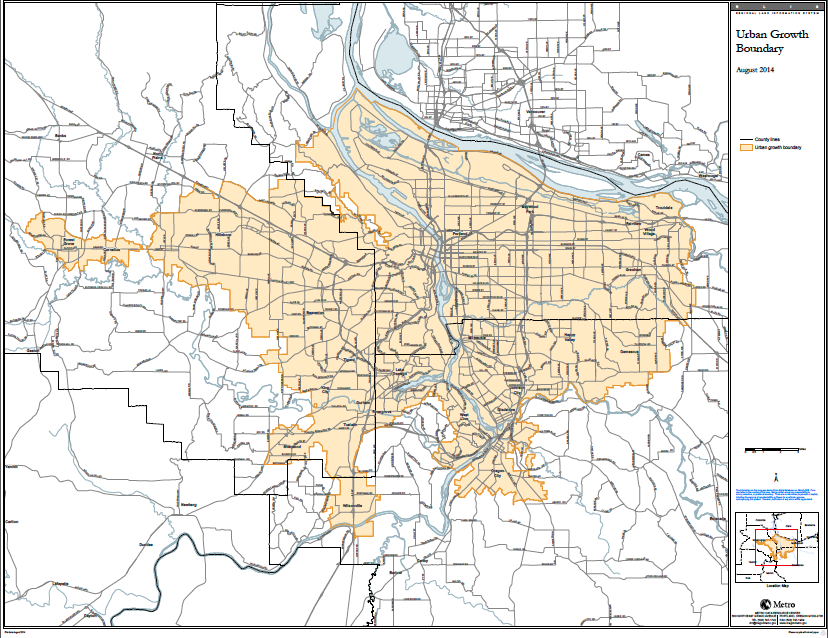 Bringing together these separate identities are “food parks.” A way for urban residents to share time in a rural setting, food parks connect us to the farm and to the adjacency of nature interspersed throughout our rural areas. Their proliferation could compel a complete rethink about food: from the soil it grows in, to the preparation of a meal for the table, to the understanding that all food is nature and comes from nature.

This recent trend takes us back to an old idea: that we should grow food on a scale larger than a home or community garden, in a place with proximity to nature so that we connect with the natural world around us. The concept of food parks has been found in Europe for hundreds of years in the form of seasonal migrations from lower to higher elevations; through managed forests shared by communities; and in the Russian dachas of the last few centuries.

Dachas are typically pieces of land divided into small strips for cooperative communities, on the edge of the city or town. They provide an opportunity for local communities to grow fruits and vegetables away from their homes, and give residents time on weekends to plant seeds, tend beds and gather herbs. Each family has a small cabin they can stay in overnight, so a weekend or weeks in the summer can be devoted to personal food production. In Britain, these spaces are called “allotments;” in Greece they are “terraces.” In all countries, these food parks are adjacent to forestland, creeks or hills, affording the supplementation of grown food with foraging or hunting.

Today we are seeing the emergence of food parks in the U.S., from managed forests and community fruit tree orchards, to small organic farms that teach children where food comes from. In 2012, Seattle launched its first urban food forest, the Beacon Food Forest. As a 7-acre public plot, it will give the working-class neighborhood of Beacon Hill the chance to harvest plants, including apples, pears, plums, grapes, blueberries, raspberries and more, that are scattered throughout the park.

More and more food parks are emerging. They are diverse in setting and types of products, but all follow the principle of connecting people directly with their food sources. A few examples, both here and abroad:

The metro region — with its progressive politics, protected urban growth boundary and rural reserve, commitment to local food, and interest in all things green — provides a great opportunity to test the reinvention of the age-old concept of living close to nature. Imagine our own orange belt (like green) — or food belt, if you will — around the edge of the region providing small adjoining plots of land that families or small cooperative groups can cycle, bus or drive to. Imagine families, community groups or youth leaving their homes for the weekend to learn about soil, the sun, and the seasonal nature of planting and tending food, occasionally foraging in nearby forests or meadows for medicinal plants, roots, berries and the like. Small cabins provide places to gather at the end of a long day, to tell stories about the previous years’ crop success and failures. 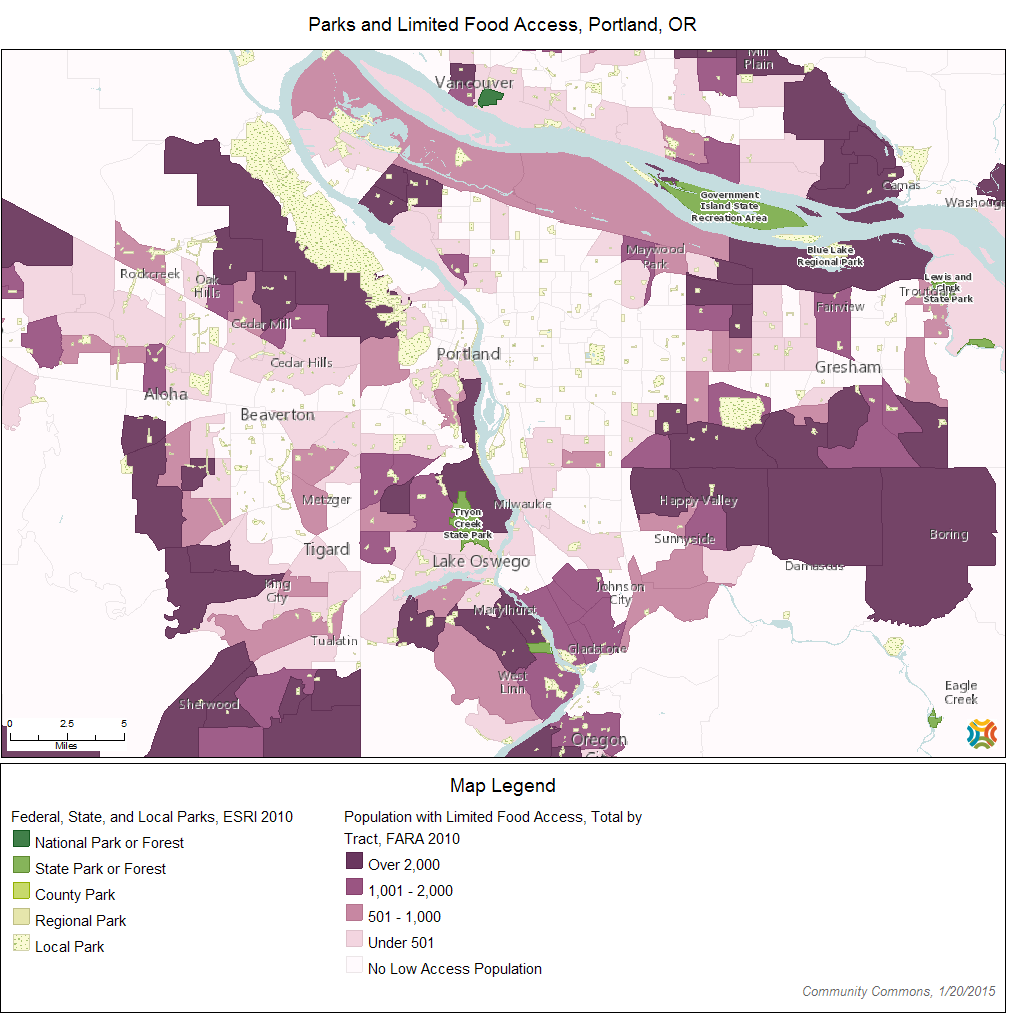 Community Commons addition: Maps like these visually tell the story of a community and its health. Click on the map and zoom to your location to see this data for your area or visit our Map Room to create your own maps.

If all of this sounds far-fetched, just remember the successful European examples, in which people see themselves as not just urban, but also as farmers and nature lovers. This blended and trifold identity will help conversations occur more easily between the environmental, farming, and urban communities who too often see each other as coming from far ends of the spectrum. These three identities combined is how humanity used to see itself, and how we could perceive ourselves again in the future.

What is next? Is the European model one we can easily adopt in and around the metro region? Is there a coalition out there that can come together to discuss this emerging topic and plan for our future food parks? Is there a place we can start a regional dialogue about how to grow our own food? At the moment we probably have more questions than answers. But like so many other movements, this is always a good place to start.

Mark Davison is a Parks Planning & Design Manager at Metro Regional Government and Director of Park Planning for the Mapping Lab at the University of Arizona.

Robin Craig is a Senior Associate and Project Manager at GreenWorks with 20 years of experience in landscape architecture, urban design and planning.