Banking on Health: Improving the Inventory at Food Banks

In 2013, a staggering 50 million Americans, including 8.6 million children, lived in food insecure households. This level of food insecurity—a lack of access to affordable, nutritious food—is one of the highest recorded by United States Department of Agriculture in the last twenty years. Regrettably, fifteen years into the 21st century, hunger and malnutrition remain part of daily life for many Americans. 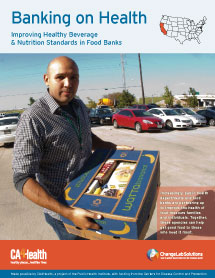 Food banks serve as a lifeline for these people. As hubs that collect, store, and distribute food, food banks play a critical role in maintaining and improving the health of the nation’s low-income, food insecure populations. But food insecurity doesn’t exist in a vacuum; it is often accompanied by diet-related health conditions, such as obesity and overweight. Recognizing that their clients face a higher-than-average risk for diet-related chronic disease, food bank administrators are beginning to take steps to provide food that is not just readily available but also nutritious.

To combat obesity and hunger simultaneously, food banks nationwide have started implementing nutrition standards for food and beverages. These standards focus on eliminating certain unhealthy products—candy, sugary drinks, junk food—from food bank inventories. By improving the nutritional quality of the food they accept and distribute, food banks can discourage consumption of items that may fill empty stomachs but have proven negative health effects. With such policies, food banks can actually improve the health of low-income populations. 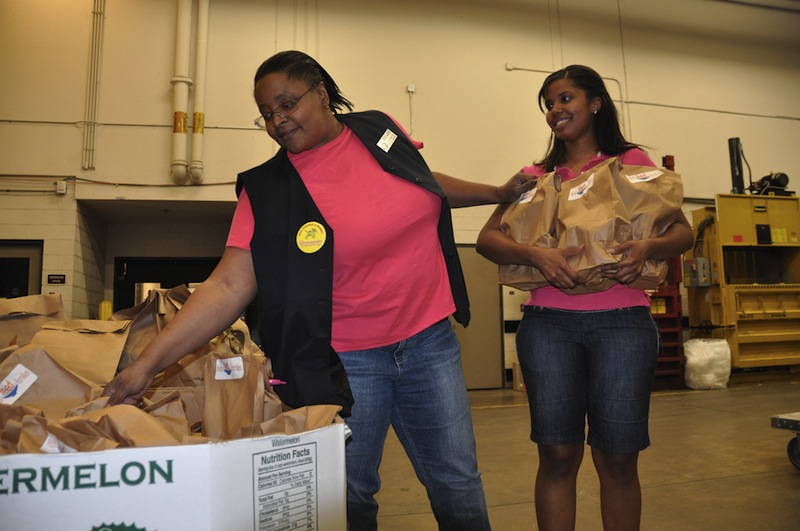 The Alameda County Community Food Bank (ACCFB) in the San Francisco Bay Area pioneered the development of healthy nutrition standards. In a county where 16 percent of residents identify as food insecure and more than 20 percent are obese, the ACCFB understood early on that promoting good nutrition was as important as providing food. In 2005, the food bank became the first in the nation to ban soda donations. Years later, when they decided to expand their nutrition policy, the ACCFB nutrition team conducted interviews with partner agencies (food pantries and shelters) and clients (families and individuals) to find out what types of food people wanted instead. Fresh produce, low-fat items, and healthy staples were in high demand. 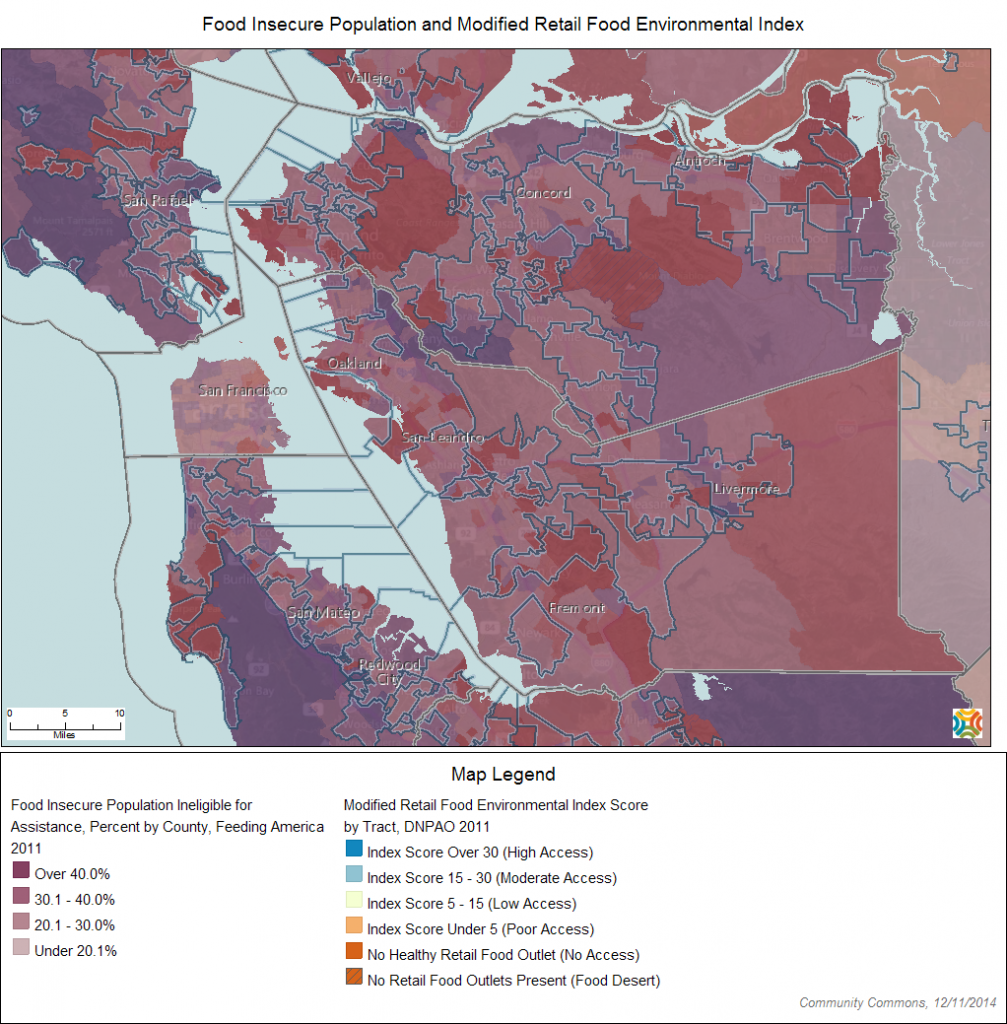 In 2013, after years of planning and education, the food bank’s board approved a broader nutrition policy that included standards for both beverages and food. The ACCFB’s comprehensive nutrition policies regulate what the food bank will purchase, accept, and distribute. The food bank also set a high standard for distribution: 95 percent of all food distributed should be healthy.

According to Jenny Lowe, the ACCFB’s nutrition education manager, this nutrition policy makes official the food bank’s desire to promote health. “The Alameda County Community Food Bank has had a long-standing commitment to good nutrition,” notes Lowe. “This policy formalizes that commitment so staff, stakeholders, and clients are on the same page.”

But the ACCFB’s successes did not come without challenges. Some staff members and stakeholders worried that the policy would require them to turn away food that, although not nutritious, could alleviate hunger. Other food banks have expressed similar concerns regarding limiting inventory, deterring donors, and clashing with partner agencies. However, clearly these obstacles aren’t insurmountable: a 2012 study of 137 food banks across the nation showed that more than half of the food banks surveyed had already developed healthy nutrition standards. With proper planning, food banks can easily incorporate nutrition policies into their business model.

Lowe admits that juggling these priorities isn’t easy, but it is necessary. “Food banks really have two goals that can be hard to balance,” she explains. “The first goal is to feed people, and the second goal is to provide good nutrition to people.” To help improve the health of the people they serve, food banks can’t just offer food—they must offer good food. Armed with knowledge of the links between food insecurity and chronic disease, these community institutions can provide, and promote, health.

To learn more about improving health at food banks, check out a new resource from CA4Health and ChangeLab Solutions, Banking on Health. This fact sheet describes the role of food banks, explains the importance of healthy nutrition policies, and outlines the elements of strong nutrition standards. ChangeLab Solutions has also developed resources on creating healthier food environments and limiting access to unhealthy foods.

Manel Kappagoda is a program director and senior staff attorney at ChangeLab Solutions, where she helps communities tackle the obesity epidemic using policy interventions. She has co-authored a number of publications on public health policy, obesity prevention policy, and the intersection of law and public health. She cofounded the National Policy & Legal Analysis Network to Prevent Childhood Obesity (NPLAN), a national program housed at ChangeLab Solutions and funded by the Robert Wood Johnson Foundation.