What Does the Vulnerable Population Footprint Mean?

Researchers have identified that educational attainment and poverty are two factors that can have significant influence when it comes to health. When organizations focus their work on improving these two disparities, health outcomes can improve for everyone.

Our Vulnerable Populations Footprint (VPF) tool helps identify areas of a community with specific levels of educational attainment and poverty. Community Commons team member Eloi Espanol breaks it down for us. 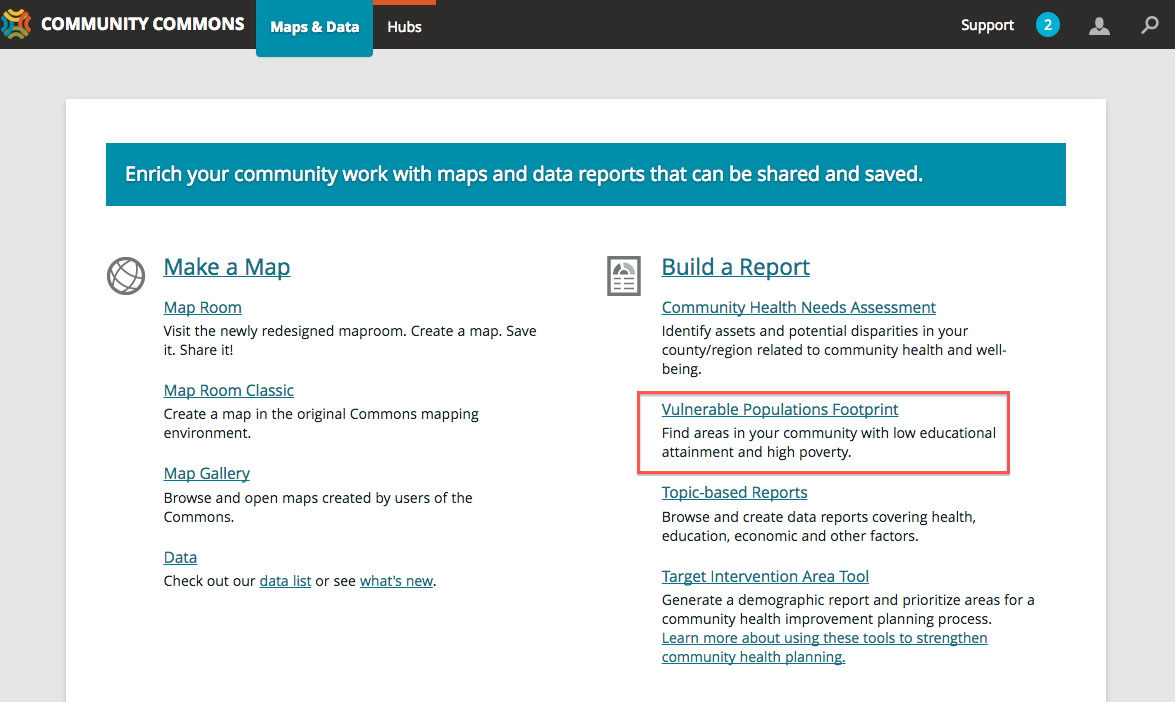 How is it Mapped?

After specifying a location, the following information is mapped.

Purple represents a scale displaying percent of population with less than a high school education for a specific area.

Brown represents those areas in which specific degrees of poverty and educational attainment converge. 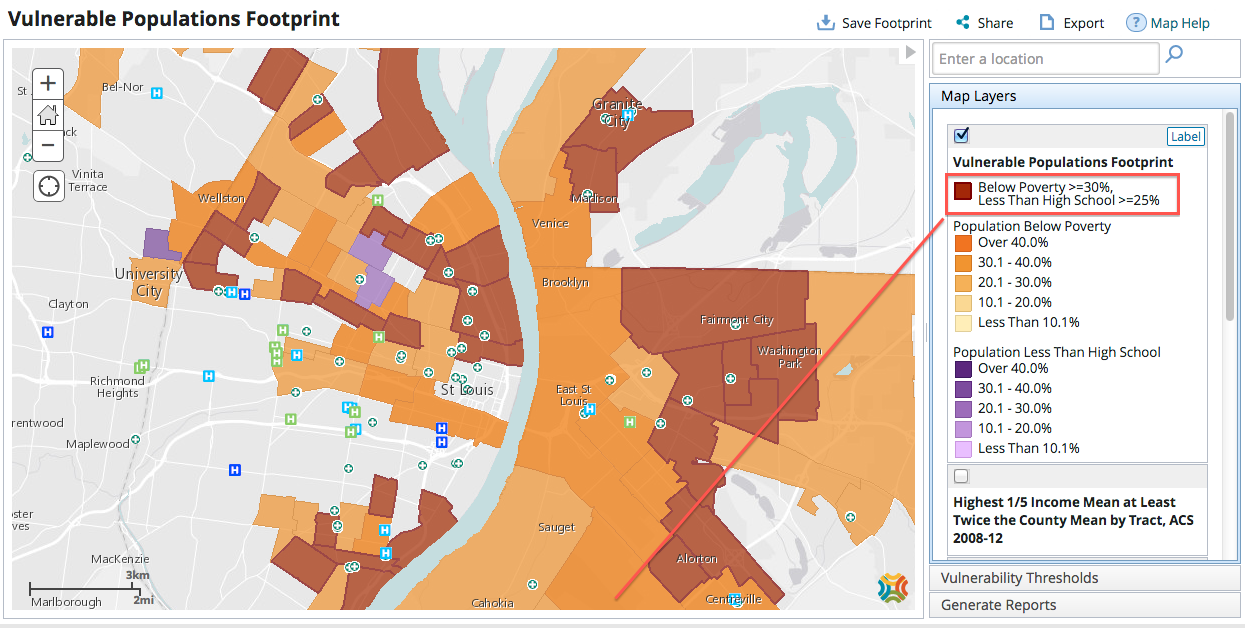 The threshold values can be adjusted by the user in order to display a customized definition of area. 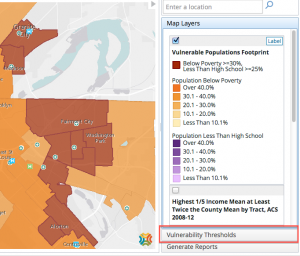 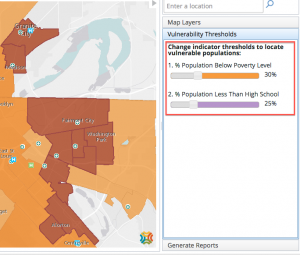 In the example below, there are now more brown areas that in the previous map because the thresholds have been reduced and now more areas fit the definition created.

How is it Interpreted?

The resulting brown areas do not necessarily represent individuals with both characteristics at the same time, but areas which have both defined characteristics independently. As a result, we cannot tell how many people in the area are poor and have less than a high school education.

Fortunately, there are many data sources that do break down into individual numbers, such as male population or 18-64 years population, and that data for your VPF can be seen when you generate a report.

Community Commons is proud to bring you this tool to help inform your work. For more information about the Vulnerable Population Footprint tool, watch this short overview video. To learn more about Community Commons data, visit our Support page and see our list of FAQs.

4 Geographic Map Tools You Might Not Know About
November 4, 2015 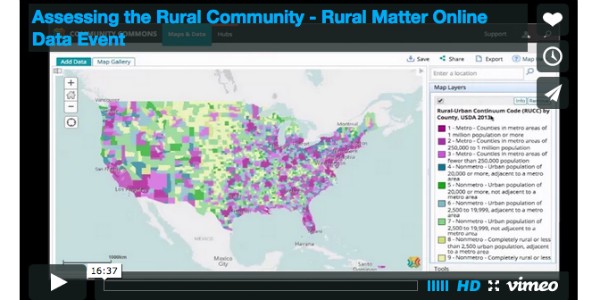