A Fair Deal for Workers Could End Hunger in America

This is the second in a four-part series about the 2014 Hunger Report produced by Bread for the World. Each installment will focus on one of the four steps outlined to end hunger by 2030.

Bread for the World has a goal of ending hunger in America by 2030. In our initial feature about their 2014 Hunger Report, we discussed the first step of the plan, which is achieving full-employment for America’s workers. Now we focus on making sure those workers get a fair deal.

Step 2 to Ending Hunger: A Fair Deal for Workers

While the goal of reaching full employment means that everyone that wants and is able to work can do so, it takes more than simple employment to raise a family out of poverty and food insecurity.

According to the report, in order for a full-time, year-round worker and her family to escape poverty, a job must pay about $12 an hour. Right now 28 percent of US workers earn wages far below that, with the average poverty-wage earner making just $8.66 an hour. For those making the federal minimum wage of $7.25 an hour, a full 80 percent are age 20 and above with women vastly overrepresented in these low-wage jobs.

With one in four jobs not paying enough to lift a family out of poverty, it’s time for policy changes that give workers a fair deal. 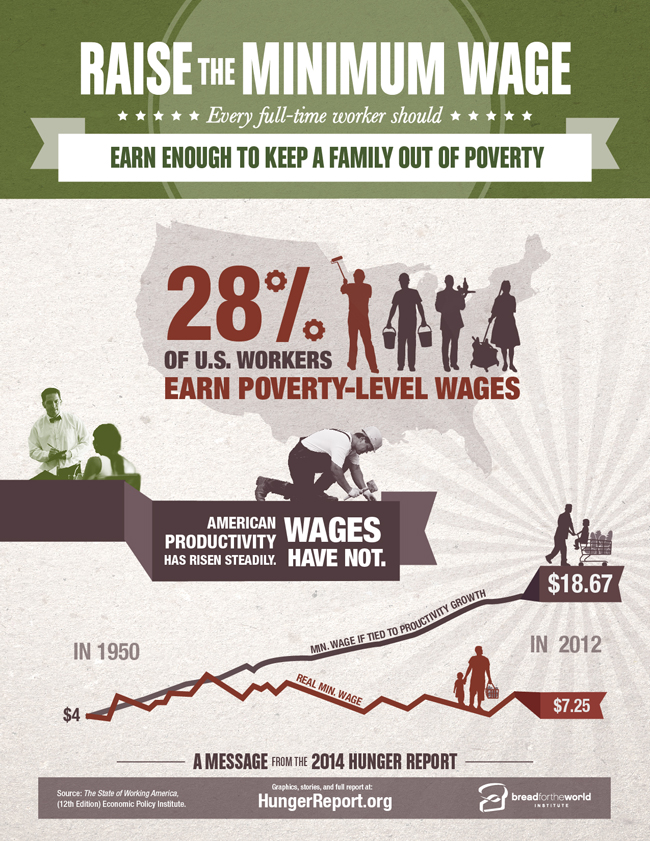 “Had wages and productivity risen at the same rate for everyone, as in the past, the poverty rate in 2007 would have been 44 percent lower than it was. It’s time to give workers a fair deal and raise the minimum wage.”–the 2014 Hunger Report

It’s not just wages that are keeping families in poverty. Many of the working poor are denied full-time work by their employers when they are sent home before a shift ends or are scheduled for just a few days a week and then put on call for the rest of the time.

With no sick leave, low-wage workers often have to choose between keeping their job and taking care of ill children or parents or working while ill themselves. 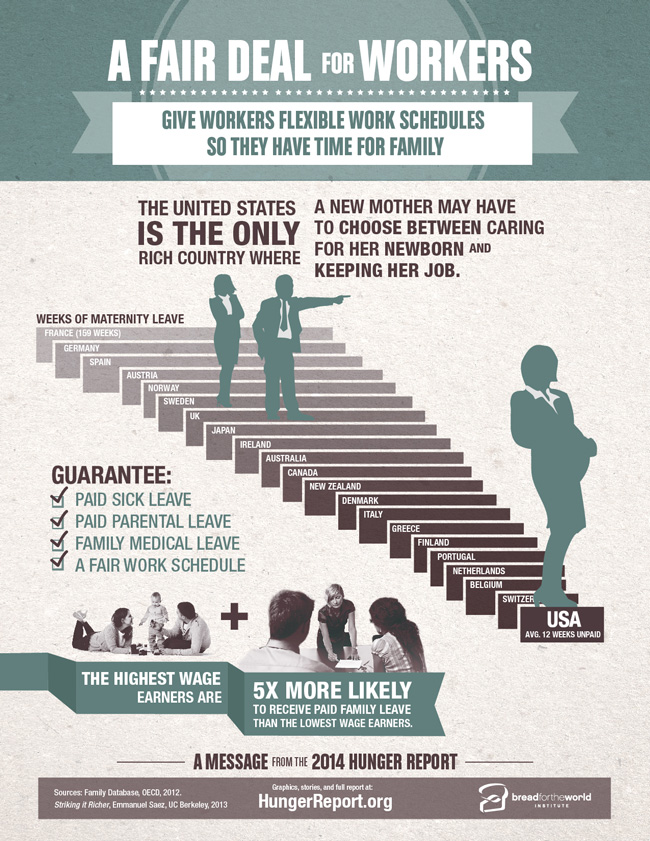 Our Part to Play

In our first feature, the Hunger Report called on us to build the political will to address employment and hunger issues at national, state and local levels. The same holds true here, with an emphasis on growing grass-roots efforts to raise the minimum wage and mandate family leave policies.

When it comes to influencing legislators, showing them real data and how it effects their constituents gets attention. Community Commons maps allow you to highlight data by various fields, including Congressional districts. Showing your legislator where the low wages exist and how it compares with other districts can help you make the case for reforms.

The following map shows poverty-level wage earners by block group and highlights four Congressional districts in the Atlanta area. Click on the map and zoom to your location to see how it looks in your community. 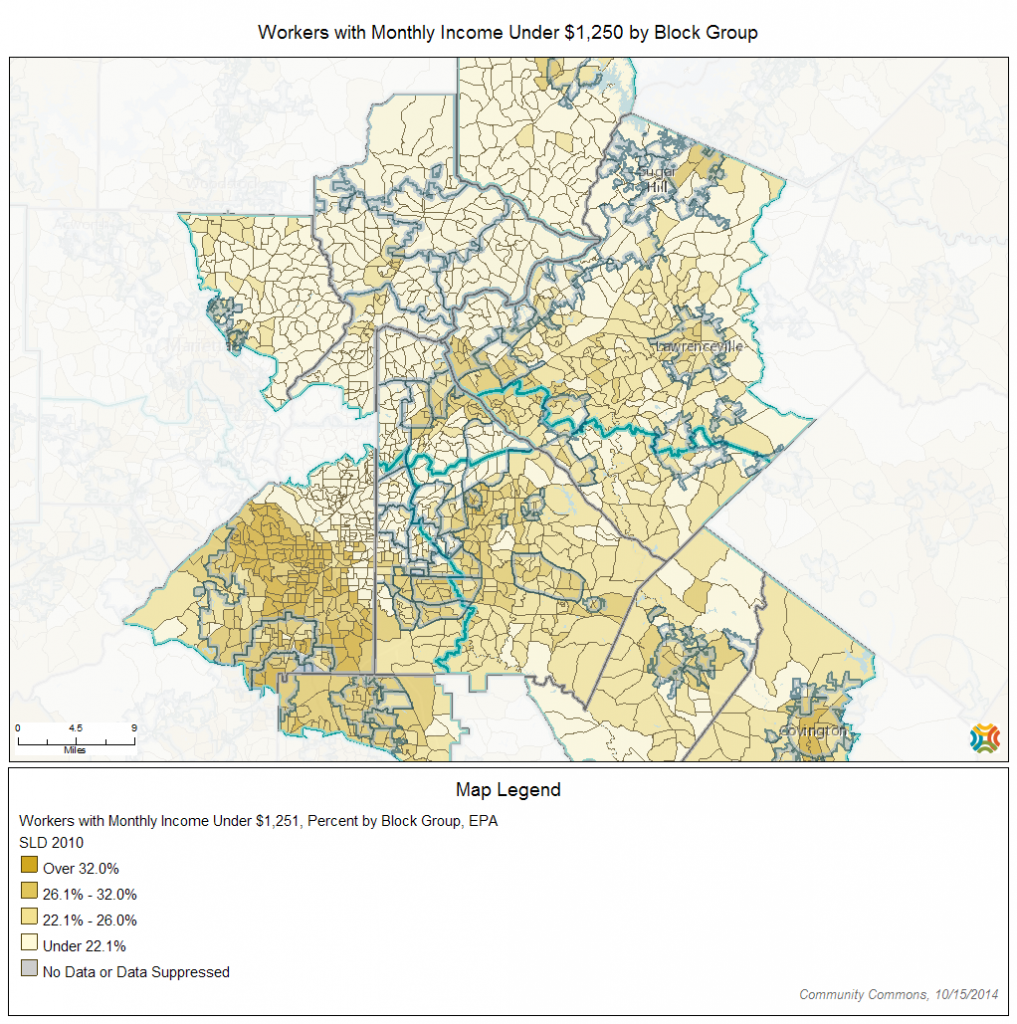 Poverty is increasing in many places in America and Community Commons has the data you can use to back up your claim. The following data tables and graphics are from a CHNA report and show the population in poverty rate for four counties in North Carolina and compares them to state and national levels. 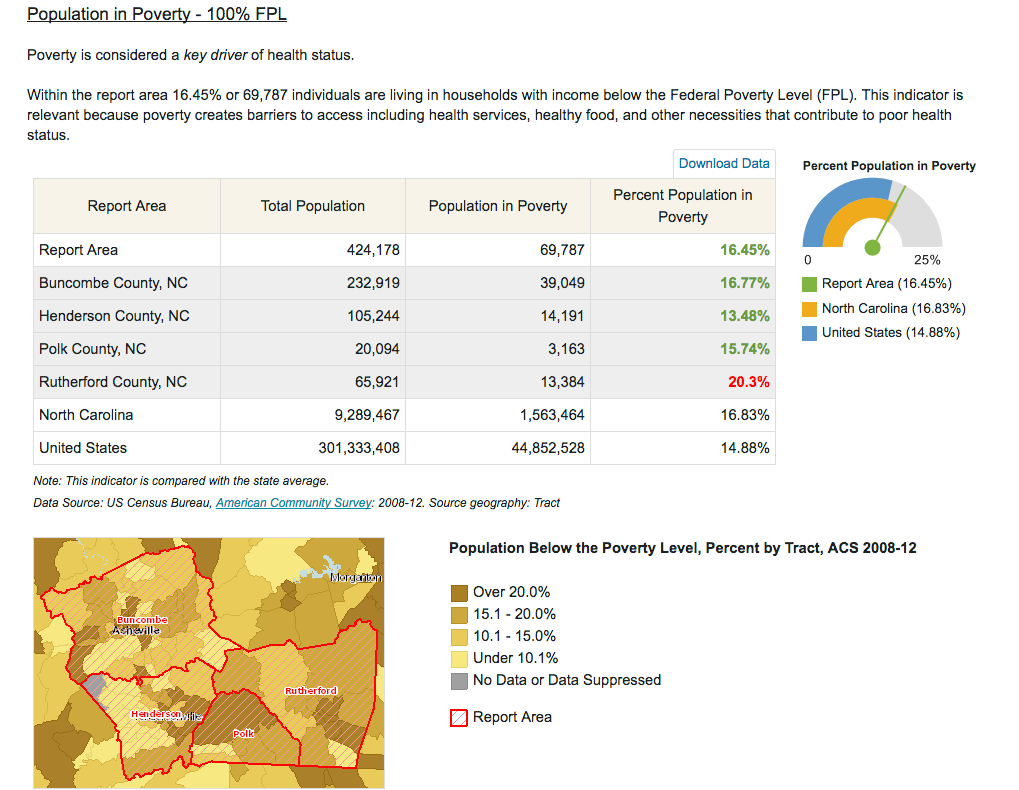 To create a Community Health Needs Assessment (CHNA) Report, simply enter your state and county(s) of interest and a downloadable report with data visualizations will populate for you. The report can be saved in a Word document so that you can copy and paste the various pieces into your own reports and presentations or as a PDF to preserve the report as a whole. 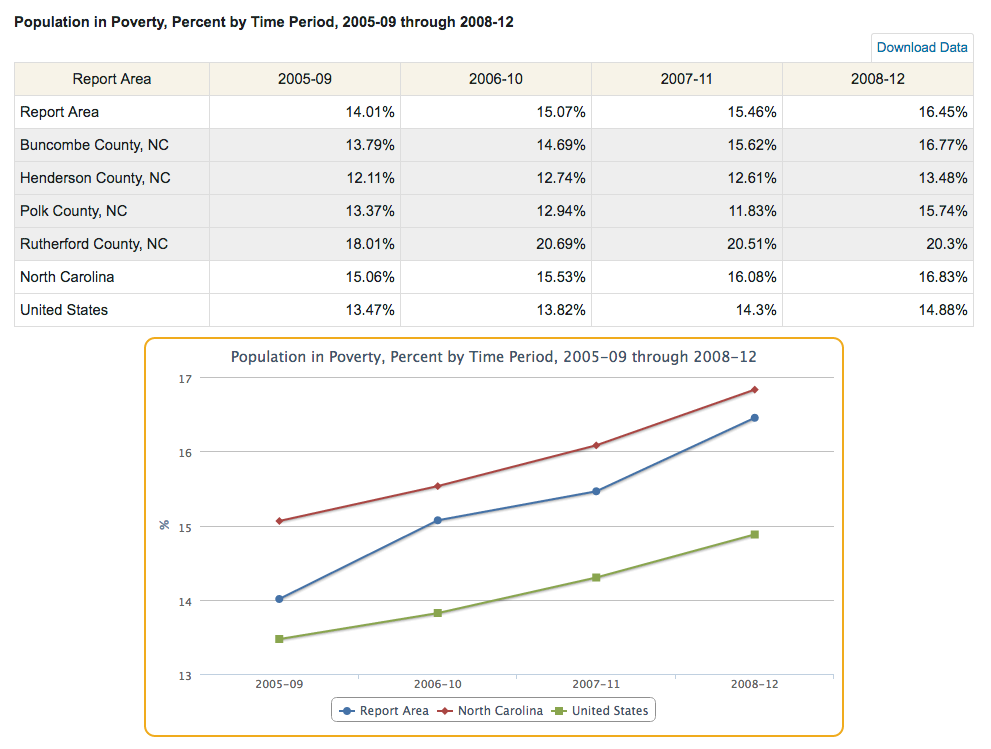 Our maps are very popular for exploring how different community assets and disparities are clustered or spread in an area. The Map Room allows you to easily create these interactive maps using any of the thousands of data layers we have available for you. The following map is saved in a static form, but when you click on the map and to go to our interactive map room, you’ll find other industry employment data layers listed in the legend that you can simply turn off and on to view and save. 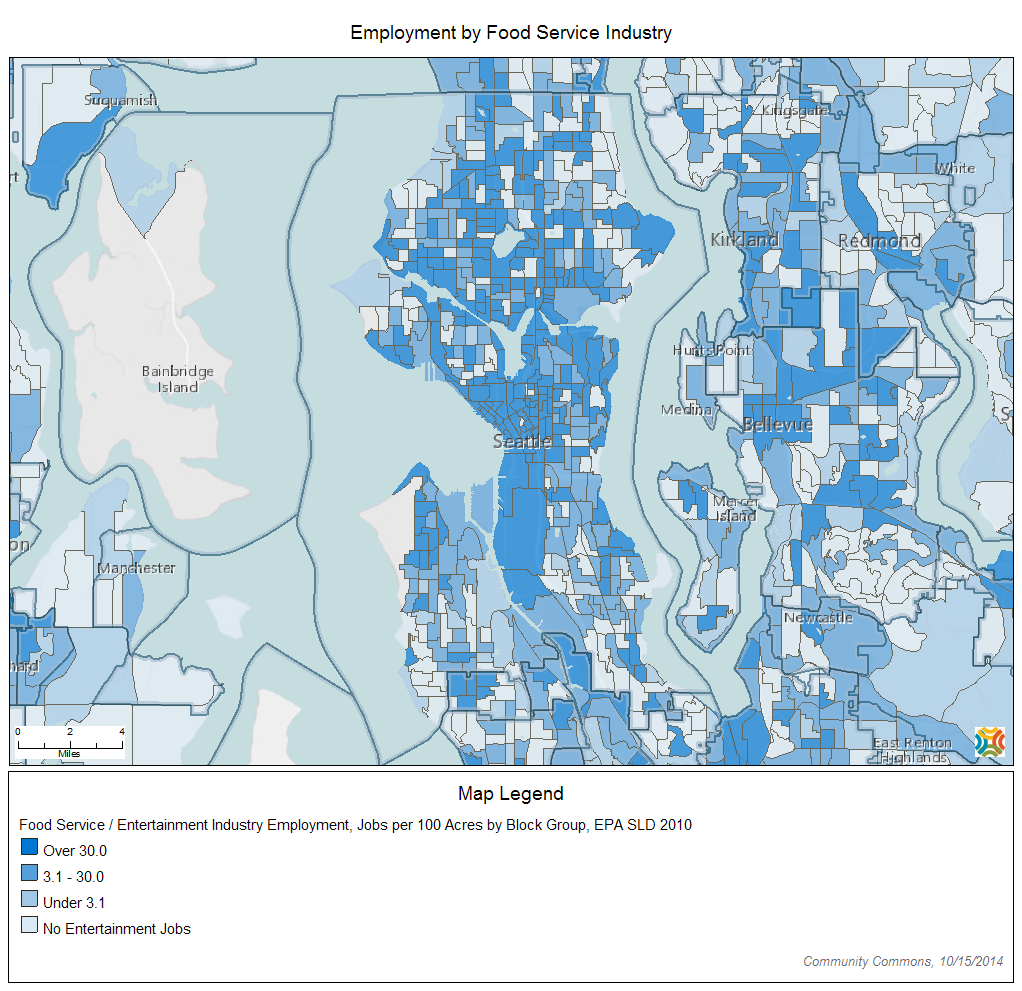 Other data layers that are related to employment and can be mapped include:

A fair deal for workers is the second step to ending hunger in America. It can be achieved and Community Commons is proud to provide useful, time-saving tools like these that can help make it happen. Stay tuned for our next installment of the 2014 Hunger Report where we discuss Strengthening the Safety Net.