In 2006, Oklahoma City was named one of the fattest cities in America. Mayor Mick Cornett, who is still in office today, was determined to engineer a striking turnaround.

Cornett announced the city was going on a diet. At a press conference held in front of the elephant pen at the Oklahoma City Zoo, he challenged the city to lose one million pounds. He launched a website to track progress, and he got the citizens talking about the issue of obesity. Cornett wanted to lead by example and pledged to trim 40 pounds himself. 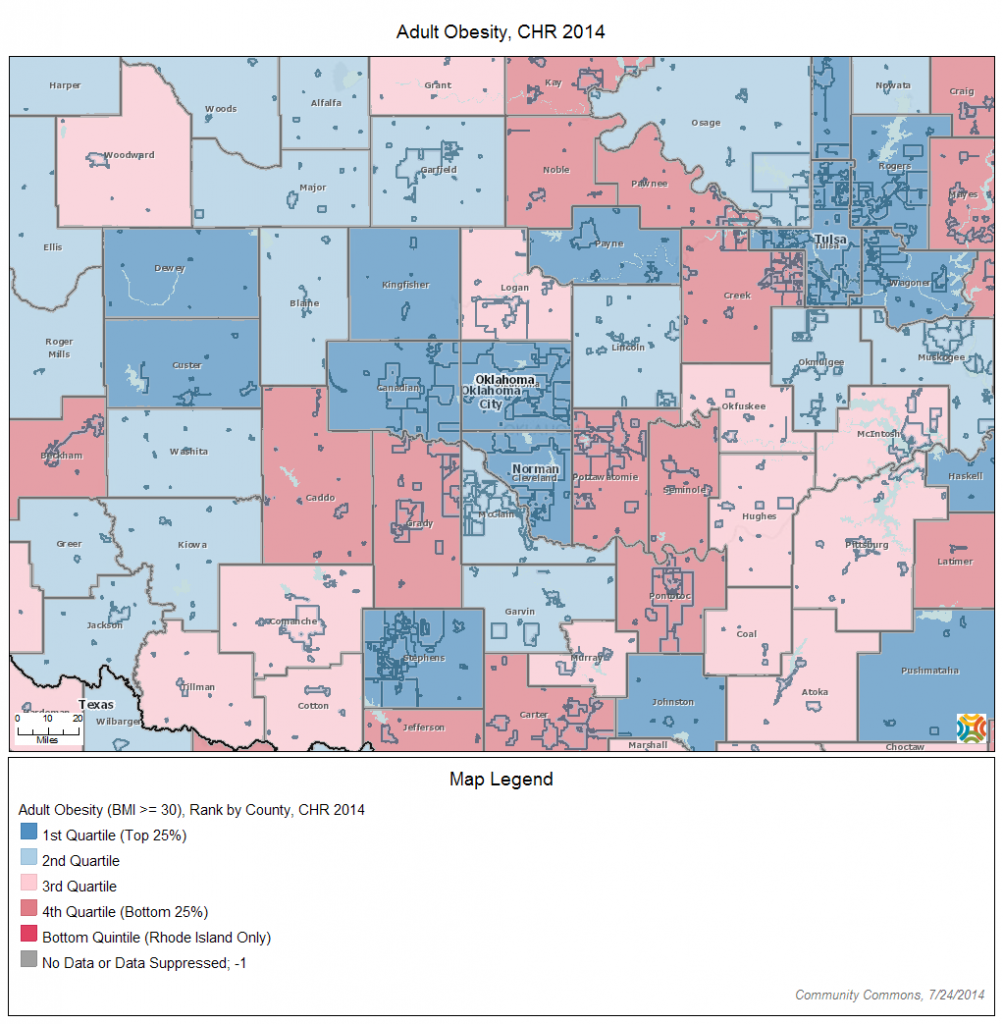 Oklahoma City went from being called “one of the fattest cities in America” to a top quartile County Health Ranking. Click on the map to zoom to your own community and see where you rank.

But Cornett also wanted the city to adopt more than a quick diet fix. Reviewing the city’s infrastructure, he “came to the conclusion that we had built a great quality of life if you happened to be a car.” Those on foot faced more challenges. Oklahoma City’s population of 610,000 was spread out over 621 square miles. There was so little traffic congestion that “you can get a speeding ticket in rush hour,” Cornett remarked. For decades the city had not required developers to build sidewalks in neighborhoods, which meant there were 100,000 homes in neighborhoods with zero walkability.

Building on Past Efforts

Mayor Cornett proposed a remedy that built on successful efforts the city had tried in the past. In 1993, Ron Norick, then-Mayor of Oklahoma City, proposed the Metropolitan Area Projects (MAPS) initiative, an innovative pay-as-you-go program built on a temporary penny-on-the-dollar sales tax that collected $309 million, including $54 million in interest. The program incurred no debt, nor did construction start on any facet of the project until the money to pay for it had been collected and deposited in the bank. Those revenues paid for 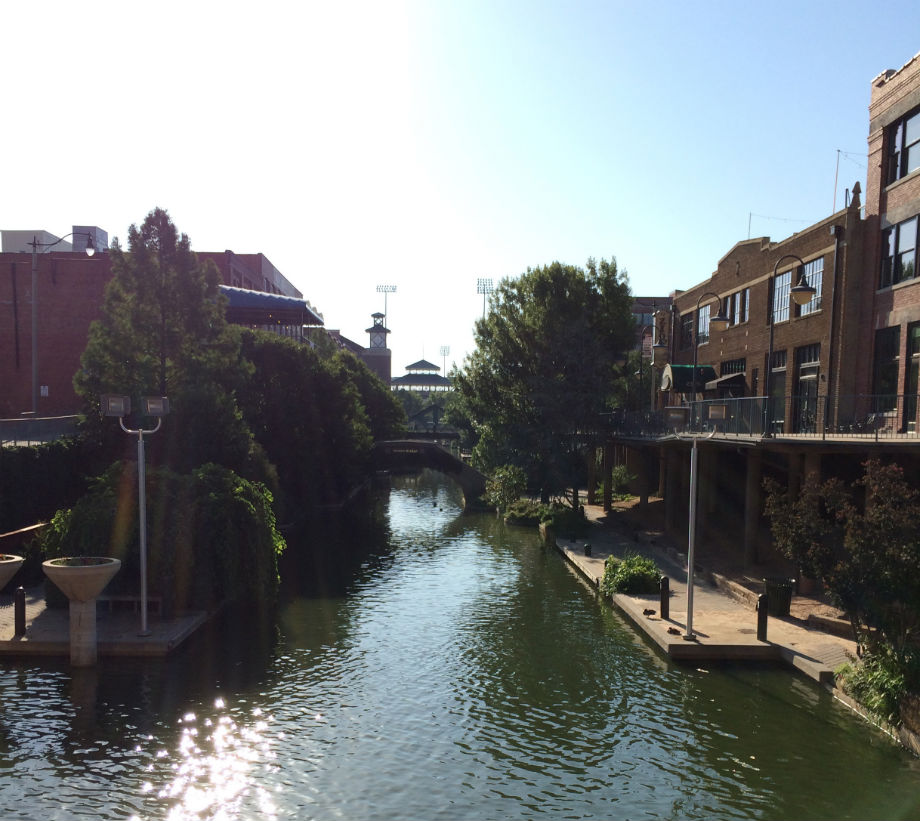 In the wake of MAPS’ success, Norick’s successor, Mayor Kirk Humphreys, decided to use a similar program to help Oklahoma City’s struggling schools. Humphreys proposed MAPS for Kids, which called for the construction or renovation of 70 Oklahoma City elementary, middle and high schools while providing funding and equipment for others. MAPS for Kids passed in 2001 with a 61 percent majority. The program, however, didn’t just rely on $514 million in sales tax receipts. This time, voters approved a $180 million school bond issue.

More than 100 area schools received MAPS for Kids funds, and they spent that money on technology, transportation and facilities upgrades. In many cases, schools were completely rebuilt. The Oklahoma City School District also added new gymnasiums to all elementary schools.

Building a City for Future Generations

In addition, the city kicked in additional funds to pay for sidewalks to connect neighborhoods to places that people might walk to, including schools, shopping malls, and libraries.

A Community Health Needs Assessment Report is a great way to get a snapshot of the health of your city. Click on the data table, choose a Full Indicator Report, enter your county and see a wealth of data that you can save, share, and download.

The challenge now is to sustain and accelerate the progress. The city is putting measures in place to ensure there’s plenty of structural support to help residents get healthy and stay that way. For example, the city has adopted the Oklahoma City Bicycle Transportation Strategic Action Plan, the sort of document the city would never have approved in the past.

Cornett, now in his fourth term, continues to steer the city toward a healthier, more economically robust future. Though he saw most of his high school classmates move out of Oklahoma City, he is committed to reversing that legacy. He frequently reminds skeptical voters, “We are building a city where your kids or grandkids will choose to live.”

ChangeLab Solutions offers an array of tools for cities that want to build more walkable, bike friendly and active cities including Getting the Wheels Rolling, Move this Way, Model Comprehensive Plan Language on Complete Streets, and the Safe Routes to School District Policy Workbook. Learn more by visiting our website.

Robert Ogilvie serves as the Vice President for Strategic Engagement at ChangeLab Solutions. Over the past 20 years he has worked extensively in community development and planning to help improve low- and middle-income neighborhoods.