Kick the Can on Soda Consumption

Whether you call it soda or pop, sugar-sweetened carbonated drinks are the number one consumed beverage in the US. From the Cola Wars to “Have a Coke and a Smile” to Super-Size, soda has become an engrained part of the American culture. 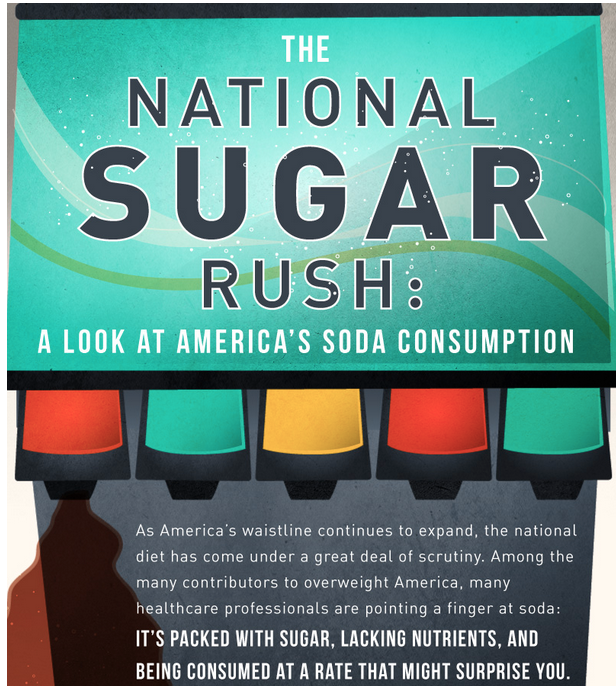 Click on the image to see the full infographic

In September 2012, the New England Journal of Medicine released three studies that show correlation between drinking sugar-sweetened beverages and weight gain in youth. Dr. David Ludwig, director of the New Balance Foundation Obesity Prevention Center at Boston Children’s Hospital, who led one of the studies was quoted as saying, “The most effective single target for an intervention aimed at reducing obesity is sugary beverages.” 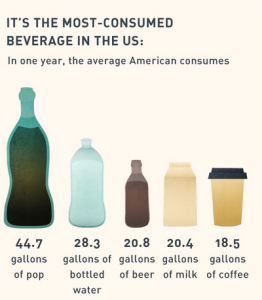 When Children’s Mercy Hospital in Kansas City, MO noticed that 34 percent of youth patients at well-child checks in 2011 were overweight or obese, including 28 percent of 2- to 5-year-olds and 41 percent of  6- to 12-year-olds, they decided to do something about it. In January 2013 Children’s Mercy will ban the sale of sugar sweetened drinks on hospital premises.

The New York City Board of Health recently approved a ban on the sale of sugar sweetened beverages over 16 ounces at all city-regulated establishments. The soft-drink industry plans to fight the measure in court but Mayor Michael J. Bloomberg, who proposed the ban, hopes it will remain in effect and that these types of policies will spread across the country.

The Center for Science in the Public Interest commissioned The Real Bears to neatly sum up the underlying message that soda consumption has real consequences to health.

Across the country, groups and cities like New York are making concerted efforts to fight heavy consumption of soda and unhealthy beverages. Is your community looking at policies related to sugar sweetened beverages? If so, where are you starting and who is delivering the messages?